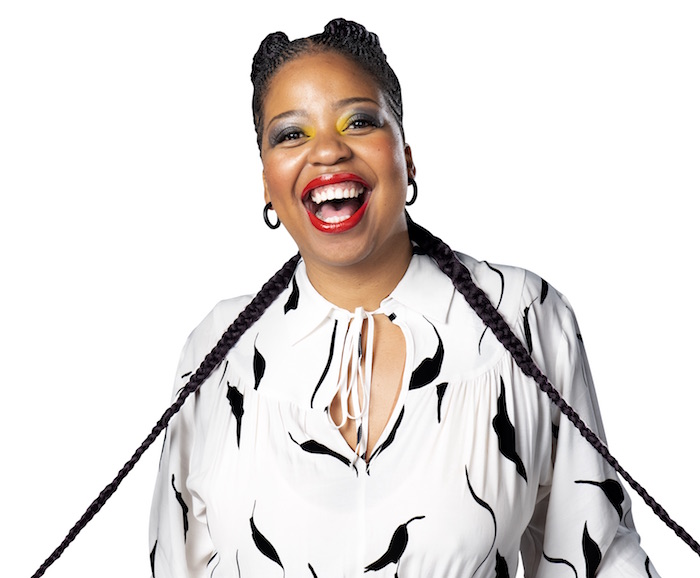 It’s hard to believe that I’ll be celebrating 15 years in radio this year. So, for almost half of my life, I’ve been immersed in this world, whether behind the scenes or behind the mic. Radio has, quite literally, changed my life.

As we celebrate World Radio Day, I look back with gratitude at my journey, as a fan of radio growing up in Gqeberha to a campus radio DJ at Rhodes University to a presenter at the number one radio station in the Western Cape.

The journey began in 2007, as a nervous but determined first-year student at Rhodes. I applied to work at the campus radio station and that decision was the catalyst for my rollercoaster radio journey. I fell in love with radio while juggling a million jobs at the station. I was able to not only be a presenter, but my own producer and engineer too.

That was the magic of campus and community radio. You get thrown into the deep end, you gasp for air, then doggy paddle, then float and then quickly find yourself swimming. I laugh a little bit looking back at it now, thinking I’d sometimes read my own news and sports bulletins while anchoring a show. I grew in confidence and was able to deliver under pressure which made me believe that this is something I could do well after school.

That experience also gave me an appreciation for what it takes to deliver what you hear coming from the speakers. I eventually got the opportunity to work at a commercial radio station after graduating and I grabbed it with both hands.

Some people may be surprised that my start in professional radio didn’t immediately begin on air. I was hired as the videographer at Primedia Broadcasting in Cape Town, home to Kfm 94.5 and CapeTalk. I had specialised in television production when I was studying for my journalism degree and got my foot in the radio door that way. I was willing to work anywhere just so I could be close to where radio was made. But I still knew deep down that my dream and destiny was to eventually land behind the mic.

I did that for two years before opportunities to fill in for people over weekends or when they were on leave started popping up. I was then able to showcase all that I’d learnt while at varsity on the big stage. I anchored news and sport on both CapeTalk and Kfm and was eventually asked to permanently fill the sports anchor role on morning radio on Kfm 94.5 – a role which I’ve held for the past eight years. It’s a role which has also evolved as I’ve evolved as a radio professional. Today I’m not just the sports voice on the show, but the co-anchor alongside Darren and Sherlin on Kfm Mornings.

In many ways my journey with radio has mirrored my journey in life: The growing pains of trying to figure out where and how you fit in; the insecurities that creep in when you think you’re not ready for the big opportunities; the confidence that comes from self-belief and the belief others have in you.

It’s such a special honour to get to wake with a smile and a sunrise in our special province. So many people ask me how I do it every morning. How do you keep going? The simple answer? I’m exactly where I’m meant to be.

Radio presenters get to be professional besties. Every morning we extend an open invitation to for you to join us at our breakfast table for a laugh and a catch up. And we want you to leave feeling lighter and ready for the day. We want to be the soft, fun place you can go to when the world gets a bit much or you need a moment to breathe. Because that’s the gift radio has given me.