LATEST NEWS
Home Digital Ukraine: how social media images from the ground could be affecting our response to the war

Ukraine: how social media images from the ground could be affecting our response to the war 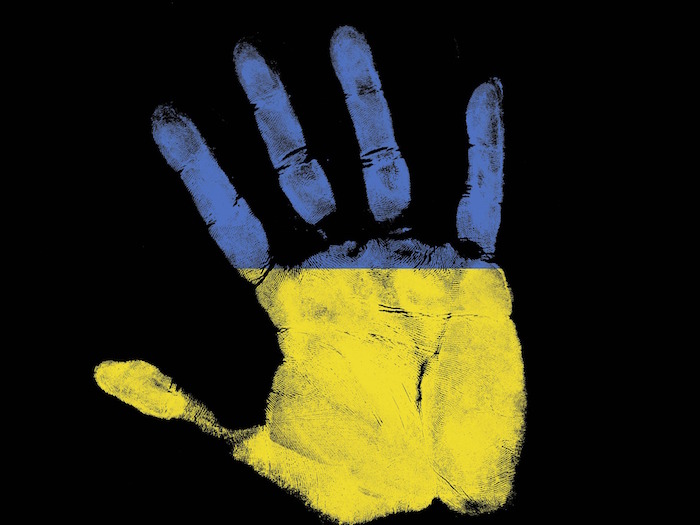 From wars, to terrorist attacks, to revolutions, our perceptions of major world events are strongly influenced by the images we see from the ground.

The first world war was the first major conflict to be widely photographed and shown in newspapers, before photojournalism truly came of age during the second world war. Some decades later, the Gulf war was the first to be broadcast live on television. Ten years after that almost everyone recalls seeing live footage of the plane hitting the second tower of the World Trade Centre. More recently, the role of social media during the Arab Spring in the early 2010s led some to describe it as the “Facebook revolution”.

Soon after Russia’s invasion of Ukraine, commentators began calling this conflict the first “TikTok war” because of the degree to which Ukrainians have been sharing videos of their experiences on the platform. But this wave of citizen journalism has extended well beyond TikTok. Ukrainians have been sharing photos, videos and personal stories on Twitter, Instagram, Telegram and other platforms.

Civilians provided the view from the ground even before media organisations could get there, and they have done so in a highly effective and poignant way. Ukrainians and their political leaders have used social media not just to inform people about the developments on the ground, but also to relay their emotions and defiance.

Images don’t simply inform us about global events we can’t see directly. They also shape our understanding of and engagement with the human suffering they portray. To think about the ways images can affect audiences we can consider the European response to two major refugee crises: the current situation resulting from Russia’s invasion of Ukraine, and the Syrian refugee crisis.

At the time of writing, close to three million Ukrainians have fled their country and become refugees. This is several times the total number of refugees who arrived in Europe from Syria over the course of a full year in 2015. And yet the European response to today’s refugee crisis is very different.

At present, we are witnessing an unprecedented pan-European humanitarian effort spearheaded by citizens who are generously offering shelter and aid to Ukrainians. Back in 2015, there were heated debates among EU governments concerning the level of support that they could offer, and European politicians often struggled to gain approval from their citizens to welcome Syrians.

There are of course substantial historical and geopolitical factors that probably contribute to these differing responses. But one other likely influence relates to the way in which this war is being visually communicated in western media – from newspapers and television broadcasts to Twitter, Instagram and TikTok – and the emotional responses these images elicit.

While it’s too early to conclusively analyse the ways in which Ukrainian refugees are visually depicted in western media, it seems that the focus has often been on portraying individuals or small groups of vulnerable people. For example, we’ve seen many images of children and their mothers as they are parting with their fathers and homeland.

Further, much of the visual content comes from social media posts by citizens themselves, which gives an additional directness to the personal story behind the images.

Such powerful images of identifiable victims are known to make audiences feel more empathy as compared to, say, statistics. Exposure to these kinds of images has also been shown to be linked to prosocial attitudes, such as increased donations.

As we and other researchers have shown, in terms of imagery, the Syrian refugee crisis was portrayed differently. The majority of images used by western media depicted Syrian refugees in large anonymised groups. We found that the nature of the images people see has far-reaching political consequences. Participants in our research who were exposed to images of big groups of refugees were less likely to support pro-refugee policies than people who saw images of smaller groups where individuals could be identified.

There is another possible reason that could partly explain why European audiences may be more likely to show greater levels of empathy today than in 2015. It’s uncomfortable to acknowledge, but social neuroscientists have studied extensively when and how we display empathy, and have found that we’re more likely to respond more empathically to images of people who look more like us.

Brain imaging research has also shown that perceived physical distance influences our empathic responses. That is, we’re likely to respond more strongly to someone in pain who we perceive is closer to us compared to someone who we think is further away. So our automatic empathic responses are primarily geared towards others who are physically, socially and emotionally close to us.

Europeans live in some of the most affluent and developed parts of the world. Today, many Europeans also feel closer to human suffering than we have been for decades.

Hopefully the emotional responses evoked by the countless images portraying the suffering of Ukrainians as they flee their country will have a long-standing and, importantly, generalised effect. This means seeking to view human suffering beyond its geographical location or any perceived divide between “us” and “them”, and responding with empathy.

Manos Tsakiris, Professor of Psychology, Director of the Centre for the Politics of Feelings, Royal Holloway University of London