The dating game: survey shows how and why South Africans use Tinder 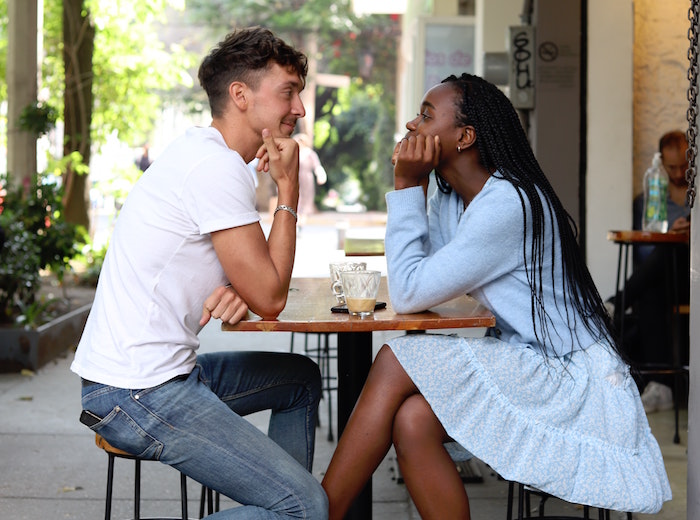 The growth of the internet and smartphones has led to the widespread global use of dating apps, such as Tinder, Bumble and OKCupid. These location-based apps have become a popular and acceptable way to meet new potential romantic partners. With over 6.5 million monthly downloads Tinder is the most popular dating app in the world, including in South Africa.

But Tinder still has a reputation for being a “hook-up” app. Most people perceive it as a way to search for casual dating or short-term sexual partners. Owing to its focus on pictures, physical attractiveness is the main way that users make decisions about matches.

The app itself has tried to shift these perceptions and to destigmatise online dating through, for example, its promotion of the hashtag #Tinderwedding to promote couples who met on Tinder and found love. But recent Netflix documentary The Tinder Swindler has again put Tinder on the agenda in more ominous and amusing ways. The true-crime documentary highlights the potential to be duped by someone who creates a fake identity (who “catfishes” you) on Tinder.

My study of Tinder formed part of a broader project, exploring how South Africans use various social media apps as part of everyday life. My research has shown that despite negative perceptions of the app and despite it functioning as a kind of smartphone game, many South Africans use Tinder because they believe they will find long term romantic partners. But even more people use it casually because they’re bored, playing with the app like a kind of game.

Tinder users create a profile, providing photos and some optional information about themselves. Users of the free version see just the profiles of people who are nearest to them geographically. Profiles appear on the phone screen and users can swipe left or right to select or reject potential matches. When two users both swipe right on each other’s profiles, they are able to contact each other through the app.

During the COVID-19 pandemic, the app opened its “global” function to all users, allowing people to see matches from all over the world and make “quarantine buddies”. This briefly shifted the primary focus of the app from dating to friendship and connection.

My study of South African Tinder use is based on an online survey of 260 individuals and then in-depth interviews with 20 of these respondents.

The survey was filled by mostly white South Africans between the age of 20-25, 70% of whom identified as heterosexual. I found that 56% of respondents downloaded the app because they were bored or curious; 52% indicated that they were looking for love; and only 12% used the app for networking and finding friends. So, more than half of South Africans use Tinder for entertainment, scrolling through and browsing a catalogue of potential suitors. In this way it commodifies romance. The remainder are looking for long-term love.

In the in-depth interviews, users highlighted a strong focus on how they present themselves. Most said that they were trying to craft a particular impression of themselves on the app. While they said their online persona was the same as their offline one, they also chose images to best market themselves as desirable commodities. While they saw themselves as authentic online, they highlighted finding high levels of deception in the profiles of others. A few people admitted that they withheld certain aspects of themselves (such as being a smoker, or having children) to increase their chance of matches.

Women said the app afforded them greater sexual freedoms and access to a wider range of potential partners. They also highlighted a sense of agency through being able to “unmatch” from or block users they felt threatened by, perhaps of particular significance given high levels of crime and gender based violence in South Africa. Respondents indicated that they managed risk by withholding identifying information such as their work or home location, messaging via the app before shifting the conversation to WhatsApp, and scheduling the first meet-up in public spaces.

People surveyed said that they pursued multiple matches simultaneously, browsing through available profiles as though they were perusing a catalogue. Interviewees reflected that matching with someone gave them a boost of self-confidence and feeling of achievement, much like an achievement in a video game might.

What it all means

South Africans are turning to Tinder to augment their courtship practices and widen their pool of potential romantic partners. People might previously have more typically met via social connections, friendship circles or interest groups.

The internet has become a powerful social intermediary, shifting patterns of dating, love and romance. In the process, traditional ideals of monogamy, commitment and romantic love are being displaced through these online engagements.

What is interesting about Tinder in South Africa is that despite its notoriety as a hook-up app and despite social fears, many are using it to find long-term love and connection.

But, in my analysis, Tinder turns the process of finding love online into a kind of game. Matches are based on very little knowledge or information about the other person, besides their carefully selected photographs. Tinder users act like game players, making moves, selecting how to swipe or whether to send a message, and then whether to meet in real life, based on the “moves” of the other person in a game-like interface.