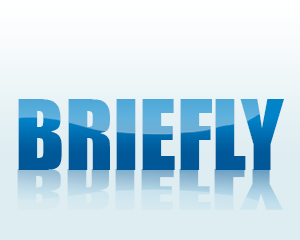 READERS please note this post doesn’t refer to the 2017 Metro FM Awards as tickets for this year’s event have not gone on sale yet. An SABC spokesperson, on 18 January 2017, confirmed, “No tickets sales are not open as yet. We will definitely communicate with the public when they do go on sale.” Watch this space as we will report when tickets are available. Thank you.

The South African Broadcasting Corporation’s (SABC) radio station, METRO FM, is joining forces with the producers of 99% Zulu Comedy to bring you an incredible experience of hilarity for the 15th METRO FM Music Awards weekend. This year an exciting spin-off has been added to the awards in the form of the ‘METRO FM All-Star Comedy Jam’. The anticipated comedy night will be held at the Playhouse Opera Theatre in Durban on Thursday, the 25 February 2016 at 20h00.

“We are thrilled to include the ‘METRO FM All-Star Comedy Jam’ in the MMA15 weekend program. This inclusion is a testament of the brand’s commitment to showcase and celebrate all categories of local talent within our entertainment industry. Spearheaded by the celebration of music, we strive for our listeners to enjoy a holistic lifestyle experience and support our local stars in different spaces, be it comedy, fashion or music. This is what the MMA15 weekend experience is all about,” said Ms Sibongile Mtyali, Metro FM’s Station Manager.

Tickets to the ‘METRO FM All-Star Comedy Jam’ are available at Computicket at only R200.

Listeners across the country can be part of the awards experience through the Public Viewing Areas (PVA’s) at the following venues:

The music event will be held on Saturday, the 27th of February 2016 at the iNkosi Albert Luthuli ICC in Durban and will be broadcast live on SABC1 at 20h00.

Tickets for Metro FM’s Music Awards have gone on sale. The 13th annual awards will take place at the Inkosi Albert Luthuli Conference Centre (ICC) in Durban. One thousand tickets are available to the public, and will be sold through Computicket at a cost of R350 each.

This year an exciting spin-off has been added to the awards in the form of a Public Viewing Area, which will be held at the Peoples Park in the Moses Mabhida Stadium. Tickets will be sold to the public through Computicket for the PVA and will cost:
·         R150 – General
·         R450 – VIP
Tickets purchased at the gate for the PVA will cost:
·         R200 -General
·         R550 – VIP
This means 10 000 more music fans will get to experience the Metro FM Music Awards (MMA) on Saturday, 1 March, and be part of the ‘life changing’ experience”. For the first time, the leading SA urban radio station will host a public viewing space at the Moses Mabhida Stadium People’s Park. The viewing area will be transformed into the star-studded Official After-Party immediately after the awards ceremony is over.

This means that 10 000 more people will see the awards beaming live on big screens and afterwards be part of the sought after after-party, an experience that was previously reserved for the lucky crowd, who managed to get tickets first. Nominated acts such as Uhuru Big Nuz AKA Professor & many more will be joined by Metro FM deejays such as Oskido, T-bo Touch, DJ Sbu, Amon and more to set the night on fire and create memories until 4am.

Presented with eThekwini Municipality, this event also expands the municipality’s message of Durban being “the tourism destination of choice“. The awards will be broadcast live on SABC1 at 20:00.