Get ready for an abundance of online news video: Reuters Institute 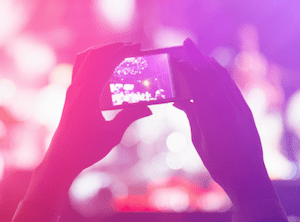 The Reuters Institute for the Study of Journalism at Oxford University recently released its Media, Journalism and Technology Predictions 2016. It predicts an explosion of online video and mobile apps, much of it driven by advertiser demand.

Expect an explosion of online video, more mobile apps and further moves towards distributed content according to the annual Media, Journalism and Technology Predictions 2016 released by the Reuters Institute for the Study of Journalism at Oxford University.

Online video will grow 14 times in the next five years and account for 70% of mobile traffic according to the report. And 79% of digital leaders who participated in the research confirm that their companies plan to increase investments in the format this year.

The push for publishers to produce more online video comes from a growing interest from advertisers. Facebook’s new video section, which launches this year, is expected to drive interest even further, as it enables advertising to enter its ecosystem.

More experimentation around responsive video
Experimentation with responsive video has only just begun, as for many users, smartphones – which have only been around for eight years – are now the primary way to get online, and many are getting increasingly dependent and/or addicted to it. The report indicates that smartphones are projected to reach around 80% of the world’s population by 2020.

Live streaming apps take away 24hr-news
With the capacity to live-stream events, the decision to publish or not publish an eyewitness report is no longer up to newsrooms. From now, the report predicts, “all breaking news events will be covered with LIVE video – from multiple angles and in high definition”.

Vertical video: we’re going to have to deal with it
Although many professionals are still appalled by vertical video, the format is gaining ground. YouTube reported a 50% increase in vertical uploads in 2015, and Snapchat encourages media to shoot vertical, as the company says its shows and ads that are shot vertically perform up to nine times better than horizontal video.

This may be partly due to a lack of resources in newsrooms. The report predicts many initiatives from publishers using inventive ways to create video while keeping costs down, such as the Facebook project of Süddeutsche Zeitung Magazin, which uses just photographs and words stitched together using free iMovie software.

“VR and immersive storytelling have a fair amount of friction. Will a link to a VR piece entice people to strap on their Rifts or Google Cardboard viewers? I wonder if VR is the news industry’s 3D, something that gets us excited but won’t catch fire with our audiences,” Kevin Anderson, digital strategist and a former Gannett executive editor

The report predicts that “mounting problems around online display advertising will lead to a burst of innovation around journalism business models.” Paid content, such as crowdfunding, membership and micropayment, will be in the picture.

Some of the other topline predictions from the report are the loss of faith in online advertising due to ad-fraud; a breakthrough in automated journalism with job losses in the newsroom as a consequence; the continued use of messaging apps that will drive the social media revolution; and publishers and platforms pushing to speed up the mobile web.