LATEST NEWS
Home Out of Home Insights 2016: ‘Not bullish’ on out of home prospects

Insights 2016: ‘Not bullish’ on out of home prospects

Posted By: Glenda Nevillon: February 23, 2016In: Out of Home
Print Email 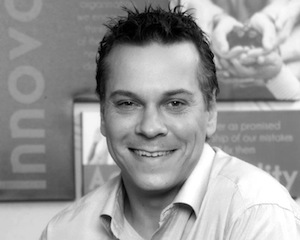 There’s no doubt the media sector is headed towards choppy waters from a macro-economic point view, and this points to one major thing: budgets will change, and not for the better.

Ryan Williams, CEO of Primedia Unlimited, talking to The Media Online on how the South African media is changing, says he is not “bullish” about out of home prospects in 2016.

“It may be that because it’s an election year (local elections are expected to take place around August) we might see election spend offset declining budgets, but it’s going to be a tough over the next 12 to 18 months,” he says.

Williams says he sees investment in the OOH sector – estimated to comprise about 3% of ad spend in South Africa – going to the larger players who have more inventory to sell. Marketers, he said, don’t have time to “drift around” which will drive consolidation in budgets, agency fees will take a hit and the time when staff were guaranteed to work on clients’ accounts might be coming to an end.

“The drive towards digital out of home is becoming a thing too,” says Williams. “Investing in the technology isn’t without challenges because the rand hasn’t traded well against the dollar. This means a screen that cost a certain amount six months ago costs a lot more now.

“Clients are keen to increase investment into digital formats, but at the same time, they need to manage costs, and this means fewer creative changes, for example,” he says. “Again, this means there will be a bias towards big companies who have the balance sheet that can deal with these changes and continue to invest in digital infrastructure.”

The importance of good out of home infrastructure is a constant in the industry, says Williams. “Building safe structures and being smart about location gives you a good proposition.”

Williams says the launch of Outdoor Measurement Council’s OOH measurement currency in April/May this year will be of strategic importance to the sector. “It will be interesting to see the impact the OMC currency will have,” he says.

Speaking about the situation in Johannesburg, where there have been several tussles between the City of Johannesburg and the out of home operators, Williams says, “That narrative has to change”.

“Approvals are too slow. We need to be adults and collectively sit around the table and sort out the situation. This is something that has to change.

“We need to debate signage with the City of Johannesburg. Look at our common goals as opposed to being constantly at war.”

One of the ways to do this, he says, is that South Africa as a country needs “fewer divisions and more promotion of a cohesive society. We have a responsibility to promote tolerance and fight against divisiveness” and the out of home industry “can be a carrier of positive messaging,” he says.

The image of the sector as a whole needs to change, says Williams. “It’s got an outdated and unjust reputation for being ‘grubby’, for having ‘cowboys’. Yet we are professional people doing an important job and doing right by our clients.

“We need to take more control of the narrative and look at what we can contribute,” he says. “Solar panels powering traffic lights. More CSI, more opportunities for public private partnerships. Maybe I’m being naïve, but I believe we can do more in this regard,” he says.