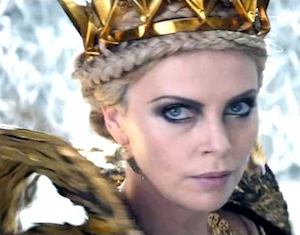 Films being made in South Africa have fallen off the top 10 in terms of box office rankings. But blockbusters are doing fast and furious business.

Recently I attended Cinemark’s annual junket. This advertising sales house representing Ster-Kinekor cinemas, regularly hosts creative and media agency personnel and marketers to share success stories and give a preview of the upcoming slate for the year.

To start with the global swagger, Stefan Rheeder of United International Pictures (UIP) said territory after territory had reported 2015 was their “biggest year in cinema history”. In the US, box office revenues edged up to $11 billion, nosing ahead of the previous record year (2013 with $10.9 billion). In the UK, the industry raked in $1.91 billion, easily beating the previous record of $1.72 billion, set in 2012. China’s box office grew by a breathtaking 49 %. All in all, the 2015 global box office crossed $38 billion for the first time in history, comfortably surpassing last year’s record $36.7 billion. Besides the contribution from the established blockbuster franchises, the Disney and Lucas Film’s Star Wars: The Force Awakens was a major driver of this success.

On the local front, the movie of the year was Fast & Furious 7. This broke the all-time SA Gross Box Office record with R72 million and delivered 1.5 million admissions for the first time in history. Clearly the death of a star need not be an impediment to a strong franchise! According to Box Office Mojo 2015, the remaining top 10 movies, in descending order, were: Minions, Avengers: Age of Ultron, Star Wars: The Force Awakens, Jurassic World, 50 Shades of Grey, Spectre, Pitch Perfect 2, Taken 3 and Inside Out! It was little wonder that Eric Blignaut, Cinemark’s acting national sales manager and Rheeder both commented on South Africa’s appetite for Hollywood storylines and blockbuster formulas. If South Africans are to part with their hard earned cash, then they want the glamour and glitz of Tinseltown.

Indeed, back home I had to scroll down to position 16 on Box Office Mojo to find the first local production – Leon Schuster’s Schuks! Pay Back the Money, which delivered roughly a fifth of the box office revenue of Fast and Furious. In 2010, the same director’s Schuks Tshabalala’s Guide to SA topped the South African box office charts delivering a hefty $5 148 841. Two year’s previously he had achieved the same feat with Mr. Bones 2 placed number one at the box office.

The slide started in 2013 when Schuks Your Country Needs You came in at number five. With some foresight, Leon Schuster announced his retirement from the genre with which he has become synonymous even before the release of the lackluster Schuks! Pay Back the Money. In an interview with the Citizen, he cited two reasons for his decision. The first was that he found the physical demands of the pranks tiring at his age. The second reason was that the South African psyche had changed. He said: “In the nineties, when everyone was looking forward to the new democracy, they were much gentler. (Now) they just go into a rage about the government, about bad services, about Eskom.”

Sadly, no other local films seem to hitting the spot either. The National Film and Video Foundation reported midway through 2015 that only local films only made up 5% market share. At that point, the top three local films were Ballade vir ‘n Enkeling at R7.9 million, followed by Mooirivier at R5.7 million, and Strikdas taking of R4.2 million.

Fortunately for local advertisers, the junket previewed a strong slate of movies from 2016. The Huntsman: Winter’s War is a sequel to Snow White and the Huntsman Universal’s second highest grossing film in 2012. This fairy-tale revels in impressive visual effects, and an illustrious cast including Emily Blunt, Jessica Chastain and our homegirl Charlize Theron. The “sapphire-eyed” Chris Hemsworth, described by Vanity Fair as the “most movie-starrish of his movie-star peers” returns as the Huntsman.

Appealing to broad family audiences, The Secret Life of Pets humorously speculates on what a gang of New York pets get up to, when their owners are at work. It has brilliant computer animation, and wonderfully recognisable animal characterisation. As a die-hard ailurophile, I had tears of mirth running down my face as I watched the antics of Chloe, the rotund, gluttonous and calculating cat. Matt Damon is “bourne again” reprising his role as the eponymous super-agent in The Bourne Ultimatum 2007 nine years later. In addition, we can look forward to Fifty Shades Darker, Fast & Furious 8, Despicable Me 3, Smurfs, Star Wars, Toy Story, Pirates of the Caribbean, Thor and Dr. Seuss.

In acknowledgement of the tough economic climate, Blignaut announced that for a limited period Cinemark was offering a scaled down Guaranteed Audience package for R300 000, further incentivising first 10 campaigns booked by adding on R100 000 additional value that can be scheduled at will.

With a strong Hollywood slate and a keenness to find solutions for advertisers Cinemark looks well set for 2016. 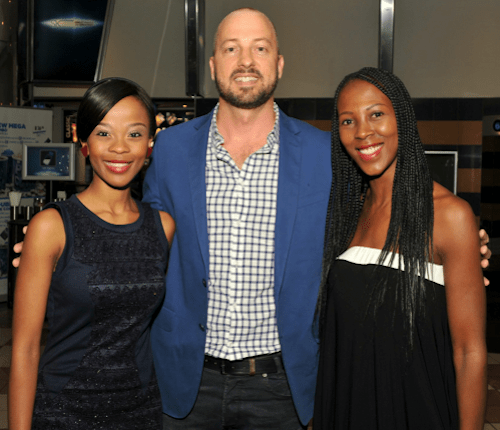