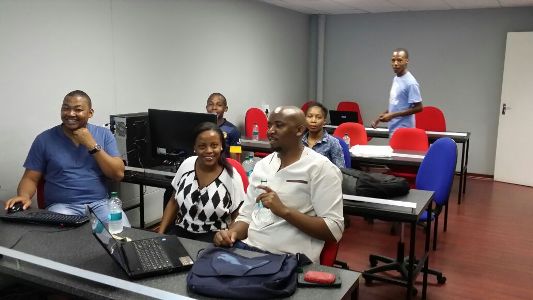 Community radio will soon be given a big boost as a result of the launch of Abundant Media’s TMC Training Academy. Michael Bratt spoke to the company’s business development manager, Nkopane Maphiri, who is heading up the academy and is responsible for its operations, to find out more about the new academic institution.

Two years in the making, the TMC Training Academy comes on the back of The Media Connection (TMC) working with community radio stations for many years. TMC assisted the sector by filling the skills gaps that were apparent at many stations, particularly to do with ‘the business of radio’. The stations were producing great content, but were having trouble translating that offering into revenue. The Academy will only focus on community radio as Maphiri says, “It is a huge growth area and an area where the need is the greatest… It has also become the reservoir of talent in the radio industry and we want to be at the centre of choice for anyone who wants to start a career in radio”.

TMC also has a long track record in this space, going back 17 years, which it will utilise to impart knowledge to a new generation of radio talent.

“Skills development and capacity building remains one of the key drivers of development, and in a developing economy and in a growing industry like ours, skills development is most critical to make the sector more competitive and sustainable,” Maphiri says on the need for such an academy.

He adds that current curriculums at most institutions of higher learning don’t fully address the nature of the skills required for community radio, and “We have developed a curriculum which is tailor made to suit the needs of the sector and that aligns the sector with national and global trends in broadcasting, marketing and advertising”.

“We have developed a curriculum which is tailor made to suit the needs of the sector and that aligns the sector with national and global trends in broadcasting, marketing and advertising”

TMC is considering partnering with other reputable institutions to further develop the offerings of the Academy, which could lead to courses being offered through those partners. Already TMC provides module sessions on radio management at the Wits University Radio Academy. The institution also builds on TMC’s existing intern programme, with over 30 interns having already been placed in community radio stations. To date TMC has placed 60 interns in such institutions and the results are looking very positive; 70% of the interns have been hired straight after the programme was completed.

In the beginning, courses will be structured in a block release format, i.e. current practitioners will need to take only limited time away from their station to attend. Courses will have a balance of theory and practice, some of which students will have to implement at their stations, giving a portfolio of evidence of their successes and their learnings. Experienced practitioners will head up the courses, with many of them having over 10 years experience in radio and others community media. Other areas of expertise that trainers will have include legal skills, legislative and governance skills, financial skills, and marketing and advertising skills.

The academy is still waiting to be accredited but Maphiri says signs are positive it will be getting its licence to trade soon. The building has already been built, the required infrastructure has been set up, the curriculum has been developed, and the support team to drive the institution has been recruited. The expected date for when the academy will open its doors is sometime in the second quarter of this year.

Maphiri concludes, “We remain very optimistic about the academy and we have gone a long way to be where we are today and we are inspired daily to drive this program forward because of its positive impact on the sector, especially the young people in this industry.”