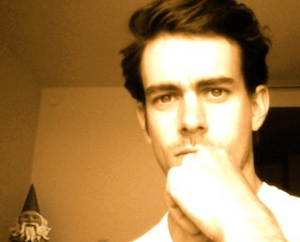 A great deal of noise is being made about Twitter’s latest attempts to rescue itself from stagnant user growth.

Last year the board recalled the co-founder it fired in 2008, Jack Dorsey, to lead the turnaround. But is the board and investors looking at this company the right way? Besides the relentlessly intense and misguided preoccupation with quarterly earnings growth, which operates on industrial steroid levels in Internet stocks, there’s a case to be made for the company to abandon its high-flying tech player status.

Since returning Dorsey has focused on product changes designed primarily to support user growth, the so-called “onboarding” challenges. The service is struggling to convince new users to try it, and if they do, to stay. In this week’s quarterly trading update the media spotlight was on user declines (from 307m to 305m active users) and on the algorithmic timeline change, long a key feature of Facebook’s success.

The algorithm promotes content to the top of a users feed and is really an expanded version of the “while you were away” feature introduced a year ago. Twitter hopes this feature will help improve product stickiness with new users who are abandoning the platform as quickly are they’re adopting it. This is largely the result of a sense of alienation in an environment that’s seemingly chaotic. To the unfamiliar user, Twitter is a weirdly foreign parallel universe of unintelligible user-regulated subcultures, outrage, hostility and bots.

Critics are divided, with supporters pointing out that the feature sorts the wheat from the chaff while opponents bemoan the loss of the reverse chronological timeline. Whether this will make a significant difference to the user experience is debatable and to some extent depends on the type of user. If you have a high follow count (e.g. >1000) it is likely to improve your experience, and if you’re the opposite (e.g. <200) it will concentrate that experience further.

The likely effect (and possibly its greatest strength) will be lower random hits but higher quantity and quality rates of engagement. The purity of a chronological timeline is an unrealistic ideal in any event. Who scrolls through thousands of tweets between visits to the platform anyway? Bret Taylor, Facebook’s former CTO noted, “Algorithmic feed was always the thing people said they didn’t want but demonstrated they did via every conceivable metric. It’s just better.” Besides, users who really don’t like it can opt out.

What Dorsey has got right is reinforcing Twitter’s key differentiator (and indeed its very success) as immediacy, something predecessor Dick Costolo seems to have overlooked. No other platform comes close to a dynamic live feed like Twitter does. That’s precisely why Periscope fits so well and will in time be a good stickiness enhancer. It’s common for ordinary users to treat Twitter like a news aggregator. If, like me, you curate your feed around topics of interest by sorting accounts followed into categories (lists in Twitterspeak) it’s perfect for drilling down into a topic across a broad array of influencers.

It’s a far more efficient means of following trending topics than hashtags, and it genuinely enhances the experience. The hashtag is cluttered with random users and repeat retweets and only really useful in particular circumstances. It is equally easy to pick up your news updates by scrolling through a list of your curated news sources, and incomparable to news aggregators that dumb down content. There isn’t another platform that comes close to Twitter’s ability to provide every possible angle on a live event, something that newsrooms across the world have adopted with relish, their “stories” frequently constructed of little more than a curated timeline or hashtag copy paste.

Almost everyone categorises social media platforms as tech companies, and this is where I believe the market gets it wrong. Facebook was relentless at driving scale before turning serious attention to monetisation. Astoundingly, many commentators were surprised when the company finally admitted it had evolved into a mainstream media platform. Facebook’s data may be rich but it’s still sold primarily on demographics, making it fundamentally no different to traditional media.

Sales people argue that you can drill down into rich psychographic data, which is true to an extent, but it is in reality no more useful or capable of substantiation than a focus group. If management and investors considered Twitter a media company instead of a tech company, the platform stands a better chance. That means shying away from comparisons to Facebook and Google, and shifting away from the Silicon Valley disease of expected hyper-growth. That may prove to be the biggest challenge the company faces though, particularly as the board itself is steeped deeply in that culture.

It’s evident that Twitter is chasing Facebook, but this is deeply flawed. This statement is evidence that it still harbours ambitions of scale dominance: “Twitter has always been considered a “second screen” for what’s happening in the world and we believe we can become the first screen for everything that’s happening now. And by doing so, we believe we can build the planet’s largest daily connected audience.” Such unrealistically ambitious statements send the market the wrong message, and the company is judged accordingly. Twitter execs are beating themselves with a rod of their own making. If they focused intensely on what Twitter does best, instead of trying to ramp up volumes of new adopters and upsetting dedicated users along the way, they might stand a better chance of winning in the unique space they already dominate.

The revenue stream is looking good, with the company likely to report around 58% growth in revenue in 2015 to $2,2bn, despite flat user growth. Chasing Facebook sized numbers shouldn’t be the end game, as the platform just isn’t designed to meet such levels of mass demand. Meddling with it in order to try and bridge very different market forces is exceptionally high risk if not outright egomaniacal. Angel investor Ron Conway once said: “Twitter is not growing as fast as it could because the company doesn’t think big enough. Twitter could be the next Google if it wanted to be.” It’s this attitude based on a fundamental misunderstanding of the product that will push the company closer to failure.

Twitter is just that. Embrace it, focus on what’s good, maintain the magic differentiator and monetise it accordingly. You won’t find a publisher scoffing at 300m active users, any more than you would an investor behind them. Users are acclimatising to the clutter and invasion of interruption model advertising and promoted tweets, just as they are doing in every previously ad-free platform, Facebook foremost amongst them.

Right now its share price is taking an absolute pounding, below $15 from an all time high of $73 in December 2013 because the company is trapped in the space-time continuum of Silicon Valley über-hype. Get out of there and into a different culture of expectation and you’ll have a great product that meets the needs of a steady user base that can be tapped for long term profit. To achieve that, in all likelihood, would require delisting. It may be the best option Dorsey, chairman Omid Kordestani and the board have.