LATEST NEWS
Home Press Where has the media’s sense of humour gone?

Where has the media’s sense of humour gone? 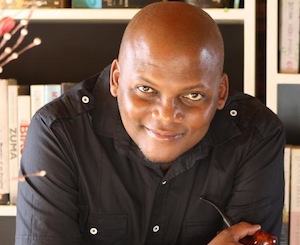 OPINION: Last Sunday I woke up full of the joys of spring but by the time I finished reading the Sunday Times, I couldn’t make up my mind whether to go back to bed with a bottle of whisky or wander out into the street and throw myself in front of a minibus taxi.

I am not picking on the Sunday Times as such but on just about every newspaper in the country. And pretty much every online publication from financial media websites to www.sewageandkakdisposalweekly.com.

I was happily persuaded not to go back to bed or commit suicide by Ndumiso Ngcobo, the Sunday Times columnist who brings a smile to my face week in and week out. It’s not that he just tells jokes but it’s just the way in which he writes about often-mundane things that lifts my spirits. There is so little of that around today. James Clarke in The Star, Tom Eaton in The Times and Daryl Bristow-Bovey in Getaway. None are stand-up comedians but like Ngcobo, they have a delightfully entertaining way of writing. Sadly, they are few and far between.

Frankly, I really have to wonder whether South Africa’s editors are a humourless lot and whether the lighter side of life just isn’t on their radar screens?

Now, I am not for a minute suggesting that all our newspapers and online portals start engaging in sunshine journalism or even that they tell us the good news.

What I am saying is that there needs to be something to make us smile, maybe even laugh, so that we don’t go to bed with whisky or throw ourselves in front of taxis.

And where are all those wonderful headline writers? Have they died or are they just gagged?

Let me hasten to say, however, that I don’t really blame editors for keeping away from humour because editors are generally obliged to take very careful note of what readership research is telling them.

And what readership research is telling them is that, in terms of business-to-business media, for example, what readers want, to the exclusion of all else, is serious business stuff without any form of frivolity. And consumers just want politics, crime and celebrity gossip.

Trouble is, as far as I am concerned, a lot of readership research is absolute crap.

Especially that sort of readership research that asks readers what they like reading. Because this is where the problem lies.

It is, for example, completely contrary to human nature for any self-respecting businessman, woman or entrepreneur to sit in front of a researcher or fill in an online survey and answer the question about what the most important thing they read and say, “Oh, without doubt, I like the jokes at the back and then the cartoons and then if there is anything about who is bonking whom…”

Of course not. What they will say is, “I first look at share prices, then the leader page editorial and then global economic analyses…”

In precisely the same way that if you ask any human being what wine they like most, they will unhesitatingly respond by mentioning the most expensive brand they have ever heard of and not consider for a moment telling the truth about their economically induced preference for cheap plonk.

We need balance. Our daily carbo-load of political skulduggery and crime needs to be balanced by some protein-enriched smile muti.

I have seen a lot of misguided readership research in my day.

The very first experience I had of it was way back in the 1960s when the then-Natal Mercury did some research on what readers really wanted. As usual the analysis came back showing quite clearly that readers wanted politics, opinion and analysis, business news and then sport.

The editor of The Mercury duly complied and decided to move the paper’s extremely humorous Idler’s column from the back page to the centre of the paper, and fall in line with most other newspapers by putting sport at the back.

The Mercury’s switchboard was jammed for three days solid with readers absolutely incensed about the change. Bear in mind, they were not complaining that the column had been dropped, just that it had been moved.

The outcry proved that something like 70% of The Mercury readers actually rated the Idler’s column as the primary reason for buying the newspaper in the first place, even if they would not dare admit this in formal research.

I am convinced that consumers of news media enjoy a laugh or two every now and then.

And what on earth has happened to political satire? Apart from a few minutes of Nick Rabinowitz on Talk Radio 702 and Loyiso Gola on TV, there is pretty much nothing worth reading or listening to.

Everything seems to be so damn serious these days.

Another problem in the past were those editors who really didn’t like seeing their humour columnists getting to be so popular. So much so that many a columnist has been sidelined purely because editors thought they were becoming indispensable to the readership figures. Yes, it has been that petty in some cases.

So, come on editors, forget what dodgy readership research is telling you, let’s have more humour and more satire.

If ever South Africa could use a bit of humour and satire, it is now.