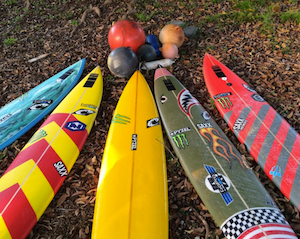 The social media scene in 2016 is shaping up to be very different to the recent past. Apart from Facebook not putting a foot wrong, Snapchat seems poised for significant monetisation.

Influential advertising decision makers are calling this innovative messaging service, Snapchat the one to watch this year. Many large brands are staking out their own Snapchat real estate to benefit from its popularity.

Instagram is bursting at its seams. The premier visual social media platform has successfully transformed from a non-advertising, filtered photo stream amongst a few dedicated followers into a must-have for the young-of-mind and brands alike. Major launch events, such as the recent SIHH Swiss watch convention, are used by brands to extend their reach on Instagram, especially if their products can look really great on a mobile screen.

Surfing culture as a category has basically moved to Instagram. Since the platform introduced smooth video, you really don’t need to use anything else for your surfing fix. Surf culture brands have followed, producing content that can rival the best fashion magazines in the world.

Even in a rapidly transforming social media landscape, the big one remains at the pinnacle. Facebook, especially on mobile, is the most important social media network for users and advertisers alike. By a country mile. Since its listing, it’s used the money it raised judiciously to build out its mobile offering. Not just for users, but for advertisers as well.

The Facebook financial results and share price prove its continuing ascendance as the social network not to ignore.

I think the reasons for this success are twofold: Facebook knows more than any other medium about its users, their habits, likes, dislikes and basic demographic and psychographic makeup. Even if users opt to remain private to others, Facebook still knows everything about them that they post on the network.

Scary? Perhaps, but the second reason for Facebook’s dominance is its ability to allow advertisers to communicate with its users in a manner that’s not too off-putting. The Facebook advertising opportunities, especially on mobile are constantly updated, refined and tailored to both user and advertiser needs.

I believe no marketing campaign is complete without Facebook.

The guys at Twitter must feel pretty despondent. They just can’t catch a break. I think one of the reasons for Twitter’s stagnant status is its exclusiveness. In an inclusive world, this social medium seems as if it’s only used by journalists (as their own main source of news), celebrities (all their friends are active on Twitter) and ordinary people tweeting dumb stuff.

Brands also sometimes have a tough time on Twitter. One off-tweet and your Twitter reputation is ruined. Or so it seems.

Financially, things are also not looking up for Twitter, even if strong advertising income growth is expected to be reported soon. User growth, however, is not great and even with its strong income growth, monetisation through advertising is not fast enough for investors.

I find Twitter advertising useful in specific categories. We have run successful campaigns on the platform, but I’m afraid Twitter needs a sea change if it wants to compete on the same playing field as Facebook. Or even Instagram and Snapchat.