Govender takes her seat at the boardroom table 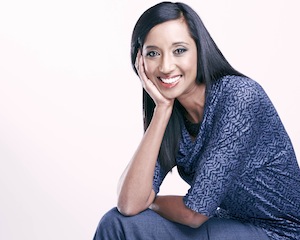 Media agency heads, almost to a man (and woman), believe the sector has to transform at the top.

They also believes media agencies need to consciously upskill and maintain talent coming through the ranks in order to sustain the sector in future.

Transformation, says newly appointed CEO of the Dentsu Aegis Network (DAN) in South Africa, Koo Govender, is more than simply a matter of colour, but also of gender.

Govender, who will report to Dawn Rowlands, head of DAN in Sub-Saharan Africa, was visiting the DAN head office in Cape Town, touching base with staff when The Media Online met up with her.

“Transformation for me has two aspects, both of which need to happen,” she says. “Media agencies can’t be male dominated and definitely need more women at the top. I will definitely be enabling other women to take their seats at the boardroom table.”

Govender, who was director of marketing at M-Net and DStv before leaving to head up the VWV group in South Africa, says in practical terms, she will ensure staff are upskilled and that mentoring will become part of her mission to enable young talent.

“Even in the hustle and bustle of the media agency environment, we have to make time to mentor or we won’t see the kind of transformation that we need to,” she says, adding that she mentors 10 young women after hours and on the weekends because it’s her passion. Govender also leads the Phakama Women’s Academy, which mentors young women in leadership.

Govender says she’s returning to her media roots by taking up the position at DAN. The media agency sector, she says, is certainly not for sissies. “They call it cutthroat, and it is. And I agree that it’s in a state of flux (what with the number of global agency buyouts and new companies being formed) but it’s also a business that has tangibility. It shows non-performance and high performance.”

She “thrives” in this sort of high-pressure environment, Govender says. “People keep me up at night, like enabling youngsters. It’s a huge challenge to meet clients’ deliverables. And procurement is a headache. They will squeeze the last drop out of you! You simply have to deliver,” she says.

Govender says consumers are changing and digital is changing the environment at a rapid rate. “As a company, we have to be ahead of the game,” she says. “DAN’s global vision is to be completely digital by 2020. And with the fragmentation of media, it’s a challenge holding those eyeballs.”

Govender has two sons, aged 18 and 20 respectively. “Children have changed too. My sons laugh when I say I’ve left them a voicemail. So how do we innovate with tech to attract younger consumers? Are we understanding them, how they’re evolving?”

The answer, she says, lies in compelling and appealing content packaged for multiple platforms. SnapChat, she points out, is where it’s happening right now.

Govender says having formerly worked in the media owner environment, it is the skills and knowledge of this sector that she brings to DAN. “I bring that insight. I bring a client perspective. I believe it’s important for agencies to realise what clients want, and that’s a perspective I have.”

Her time at VWV also taught her about the world of agencies, how they operate, and, of course, about “revenue revenue revenue”. “I am also a person who has strategic vision, who understands how to deliver on a client’s objectives and deliverables,” she says. But, she adds, she “hates admin”. “I think big, I understand trends and research best practices. I look global, and bring them back locally.”

Govender works hard, very hard. One of her strategies for calming down is “retail therapy”, she says, admitting she’s a bit of a label queen. Her sunglasses are Prada, her lipstick Chanel and her clothes very often Ted Baker. “Seriously though I do believe women in leadership positions should be well-groomed, well-spoken and presentable,” she says.

She also believes women can have it all, with juggling skills in place! “I always tell my sons it’s not about the quantity of time I spend with them, but about the quality. When I’m with them, I’m in the moment. The cellphone is put away!”

Certainly Rowlands is delighted with Govender’s appointment. “Having Koo join us in South Africa will ensure we keep pushing for transformative growth in South Africa. Our operations in Sub Saharan Africa are now sizeable and the demand for regional thinking and expertise across Africa is immense,” she says. “Koo’s experience in Marketing, Media and Communication will be an asset to our operating model in South Africa. She will also join the regional exco for Dentsu Aegis Network SSA along with Gillian O’Mahoney, Nazli Roskin, Bevis Hoets and our other CEO’s across the region. Lastly though, we are exceptionally excited to have another strong and accomplished woman join our team.”