Liberating potential: The importance of being a leader 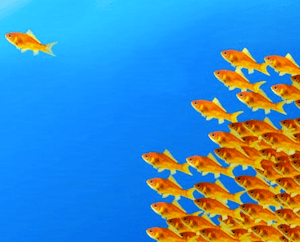 In the Tuesday edition of The Media Online, an article by Trevor Ormerod, GM Sales and Marketing at Times Media Group, suggested that “eventing is the next frontier for media in South Africa”. The discovery that “some international publishers are earning as much as 20% of their revenue from events” had been the catalyst for the Times Media Group’s acquisition of an events company.

Internationally, the media houses and publishers such as FT.com have been successful in hosting events that attract thought leaders in debate and conversation about local and international issues. Following one of the first rules of successful publisher events – build events around pillars of expertise –he explained that Times Media has leveraged off the Sunday Times Top 100 Companies Awards event. It has developed it into a mentorship platform with the Leaders on the Move series, as well as a thought leadership conference, The Directors Event.

I was fortunate to attend one of the Leaders on the Move initiatives recently. The event is designed to allow a group of “tomorrow’s business leaders” to spend an hour with a number of handpicked business doyens. It has an unusual format, with “tomorrow’s leaders” being taken, via luxury coach, to meet these exemplars of leadership. There are pre- and post-event networking opportunities, as well as a lunch. The outing I attended drew eclectic support. As could be expected, corporates like Nashua, Sasol and Nedbank were represented, but so too was a Limpopo Municipality and an independent content producer.

We first visited Alan Pullinger, deputy CEO of FirstRand Limited. Dapperly turned out, he made a point of individually introducing himself to each one of us in the group. This was an unexpected gesture that made us feel welcome after walking through the imposing marble and art bedecked lobbies and passageways of the group’s head office.

Importance of leadership cannot be overstated

Pullinger raised the topic of leadership, by saying that its “importance can not be overstated”; poor leadership can destroy a business. He described FirstRand’s well developed “owner manager” culture, and the belief in ‘empowering” employees to “the point of discomfort”. The company employs self-starters, who are passionate about the business, and holds them accountable. Clear deliverables and outcomes are set based on corporate strategy, and then employees are left to deliver. The best decisions are made at the coalface, and every effort is made to prevent upward dependence. Hierarchy plays little role in the organisation; or, as he put it, FirstRand is “not big” on titles.

He asked us to consider “what would make anyone be prepared to be led by another”. The answer he suggested was the belief that the leader would act in the best interests of his people, putting them first. Pullinger said people tended to give their leaders the benefit of the doubt; they were forgiving of mistakes, if they were admitted and swiftly addressed. Authenticity is important; leadership “begins with you”. It is necessary to understand yourself and capitalise on your strengths. He reminded us of Oscar Wilde’s injunction to “be yourself; everyone else is already taken.”

Two qualities are important for leadership – self discipline and self confidence. The former is necessary both to master one’s field and to consistently deliver. He stressed that self confidence was not arrogance, but rather the courage to empower people. He emphasised that leadership is not about control but about liberating potential. Humility played an important role in leadership; he cited Harry S Truman’s comment that “it is amazing what you can accomplish if you do not care who gets the credit”.

He talked about “giving power away”, but reminded us that this exposed the leader to risk. Courage is required when you know that the cost of empowering people will inevitably be some failure. He recalled that Abraham Lincoln said “nearly all men can stand adversity, but if you want to test a man’s character, give him power”.

His liberal use of quotations suggested that Pullinger was an avid reader, so I could not resist asking about his media usage. I was delighted to hear him confess that he was “old school”, in that he still enjoyed reading his newspapers on paper. He regularly reads Business Day, Business Report and the FT (Financial Times) – considering the last mentioned “the best newspaper in the world”. At home, he was fortunate enough to have more than one TV set, enabling him to escape his wife’s and his daughters’ viewing choices. His TV tastes ran to CNBC and “lots of sport”.

He confirmed that he is a dedicated bibliophile. On being asked what he was currently reading, he said that it was a book about Pixar, the revolutionary animation company. While the title temporarily eluded him, he could name the author and describe the cover in detail. I left pondering on the unexpectedness of his answer. However, some research provided illumination. The book was ‘Creativity Inc: Overcoming the Unseen Forces that Stand in the Way of True Inspiration’, written by Ed Catmull, one of the company founders – along with Steve Jobs. Reviewing this book, the business publication, Forbes, named it “one of the half dozen best books that have been written about creative business and creative leadership. Ever.”

We were then shuttled back to our base at the Maslow Hotel to meet Herman Mashaba, Executive Chairman of Lephatsi Investments, which operates in the mining, construction and logistics sectors. He is also the legendary founder of Black Like Me. He gave us some insight into his distinctly disadvantaged background. His mother was a domestic worker and his father died when he was two.

He managed to get into university, but his tertiary education was disrupted when the university was shut down because of student politics. When it was re-opened returning students were required to sign a letter that they would not participate in politics. Finding this option unpalatable, Mashaba went out to work as a sales rep. It struck him that black women, in particular, had a penchant for perming their hair. Finding an Afrikaans pharmacist, who could develop the product, he launched his business. This was in the apartheid era when black people could not be licensed business owners.

Mashaba explained that he had set out to attain his “personal freedom”, and business had offered him the opportunity to do this. His reaction to his disadvantaged background was to take responsibility for himself, his career and his business. He chose not to respect the apartheid laws which were patently unjust.

This unashamed “capitalist crusader” and captain of his own destiny made it clear that “what you see, is what you get” with him. Never one to fall in with group mentality, he has always chosen to surround himself with strong personalities and to encourage and expect vigorous debate.

Candidly he stated that his ambitions had centered on making a good life for himself and his family. The by-product of his determination and hard work, was that he had created wealth for others, and had given himself the resources to do good more widely.

He explained that he had now decided to take his dedication and commitment into public service, standing as the 2016 mayoral candidate for the City of Johannesburg for the Democratic Alliance. Once again, he stressed that he was doing this firstly for his family and his children. He refused to stand on the side-lines and see his country, and his legacy ruined by corrupt politicians. He believed he could not face his children if he did not try to save the country.

Mashaba, clearly something of an autodidact, told us that he is a committed reader of books. He places particular importance on biography and autobiography, where lessons can be learnt from true stories. This choice seems appropriate for this man of action. Fittingly for a man entering the world of politics, he is an earnest follower of the news. Reaching into his pocket for his mobile phone, he emphasised his reliance on news that is so freely available and current.

While being a wide news-surfer, he did mention News24 as a brand in his repertoire. He said that he checks the evening news across SABC, and even keeps an eye on the “Gupta channel” (ANN7). Not surprisingly, given his strong anti-Zuma stance, he stressed the importance of a free media, and complimented the media on doing a good job of exposing the mismanagement of the country.

Two such opposite leadership styles gave us much to discuss over a tasty lunch at Wombles. Suitably fortified, we proceeded to the Johannesburg offices of BDO, an international auditing and consultancy network, to meet CEO Mark Stewart. He started off by describing his leadership style as being consultative, explaining that with the partnership structure of the company, he was essentially interacting on a daily basis with his 50 fellow “shareholders”. He explained that the company had a clear decision-making matrix, which simplified the process of running it. In some instances, this meant that a decision would be made by a committee, that might have an opposing view. While he could attempt to sway the view he could not over-ride it.

Stewart explained that BDO enjoys a culture that differentiates it from its competitors: work/life balance is considered paramount. He made it clear that this might result in individuals making less money than their counterparts in other firms, but it was an environment that was particularly accommodating to women. Teamwork, mentoring and knowledge transfer were important to the culture.

He spoke of the value of the frequent informal time he spent with his employees, and underlined the importance of loyalty. He stressed that it was importance of never undermining one’s management.

Freely admitting that he was not keen on maintaining a high personal profile, Stewart explained that he had tremendous people around him; his role was to support them. He referred to the management book, Leading Quietly, which he had recently read; the approach clearly resonated with him. The publication describes “quiet leaders are masters at bringing out the best performance in others. They improve the thinking of people around them…without telling anyone what to do”.

Having made the move to Johannesburg in the past week, Stewart was quick to say that he had learnt it was possible to live without TV! But not without his mobile phone, he said. This was his link to the world and the way he followed news. He regretted that he was not able to devote enough time to reading. In compensation he had become a follower of TomorrowToday. This organisation provides a variety of channels (video courses, white papers, blogs, speakers, etc.) to help business people to navigate the ‘New World of Work’. He had recently been impressed by a webinar tackling the issue of inter-generational relationships at work.

We, then, wended our way, through the Friday afternoon traffic back to the Maslow, where there was further opportunity for discussion and networking. We had been exposed to very different leadership approaches – all clearly effective within their particular contexts. This certainly gave us a lot to reflect on – a well-spent Friday. It also confirmed that the Times Media Group has made a sensible investment with their move into eventing.