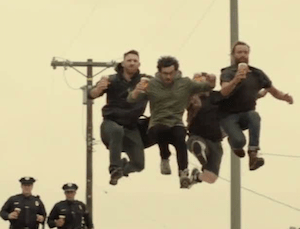 Getting your brand into people’s long term memory is what drives sales, and out of home methods can play a crucial part in achieving this, says Terry Murphy.

Murphy is a marketing and marketing services executive for Primedia Outdoor.

To back up this claim, Murphy cites the results of neurological research presented at the FEPE conference by Brendan Cook of Australian out of home company OOH!.

By monitoring the brain waves of people watching an advertisement, researchers were able to pick out peaks in brain activity – the “iconic trigger moments”, i.e. scenes from the television commercial that were having the greatest impact on the audience. Still shots of these “trigger moments” were used to create mock up billboards, and shown to the same group of people one week later, along with a series of other random images.

‘The whole idea was to… measure whether there had been an impact on long term memory encoding, using only one television advertisement seen for the first time, and one poorly treated out of home execution [such as a billboard]”, explained Cook.

“The end result… is that we were able to see that if you use the peak iconic trigger [as a still image on say, a billboard], you had 42% more impact on the long term memory encoding of the ad campaign.”

In other words, by using out of home methods (billboards, taxi adverts, mall displays and so on) to display the trigger scene, it is possible to create what Cook refers to as a “replay button”, which drives long term memory encoding. This is what ultimately leads to sales.

“The research shows how simple it is to create good outdoor advertising, and link it to the rest of a campaign”, says Murphy. “As Cook says, it doesn’t need to be award-winning to be effective”.