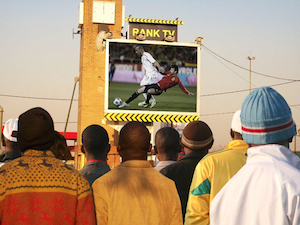 Craig Wallis pays homage to the pioneers of taxi and commuter advertising and says current campaigns show just as much innovation.

Aaaah, the good old days… Remember them? I do.

Those were the days when you actually had real friends, when people who followed you were stalkers, and it was incredibly common to communicate by actually speaking to people. Things sure have changed; a bit like the taxi commuter media industry, I guess?

My media life started with a company called TaxiNet, where the pioneers of the company realised the value of being able to target the burgeoning taxi commuter market, and so they set out to develop innovative media for marketers to capture the eyes and ears of commuters. Prior to TaxiNet, the only way to target the commuter market was via billboards in the ranks.

Along came a maverick who believed that he could make his fortune by giving away free music cassettes to eager commuters. This radical media type was poo-pooed by media gurus but it worked! And a most unlikely advertising medium had been invented. The old firm of AP, KV and BT were on a roll…

Soon they deployed permanent promotional kiosks around the country’s taxi ranks to allow marketers to inform commuters about their products as well as to get them to trial the product. There were a few other activations companies that played in the commuter market on an ad hoc basis as well.

Then horror upon horror, these media mavericks thought that they could convince marketers to place adverts on the outside of a taxi. Every one recoiled at the idea. “They are death traps on wheels,” said the naysayers. How many branded taxis have you seen on our roads over the years? Yup, plenty. It is still a rock solid media option offered by a few players in the industry. (We now even have privately owned cars that are being branded with great marketing success).

The next innovation from them was rank branding, where advertisers had visual brand exclusivity within a taxi rank which gave them massive brand exposure. Over the years there have been some very loyal brands that have recognised the value in taking ownership of these commuter environments. Oh, and then they launched BrandMarks which are tall branded towers permanently placed in taxi ranks. This media type has also been successfully rolled out by other players into commuter, retail, and roadside environments.

What were the commuter boys up to next? Well, technology had arrived in the form of giant LED screens and soon advertisers had their own TV channel to reach commuters in the ranks. These massive screens in the ranks were part of a network called RankTV and brought infotainment to commuters.

“If we can do TV then why not radio?” they said. And they did. A dedicated commuter radio station was launched called CommuterFM and it “broadcast” live (via ADSL) to a host of taxi ranks.

Obviously print had to be next, but no, these guys gave print a wide berth. FYI – there has not been a single success story regarding print targeting the commuter industry. Those commuter boys might not have been that good looking, but they sure were astute.

These ‘founding fathers’ then exited the commuter industry giving other young and eager entrepreneurs the opportunity to leave their mark on the industry.

Technology was the driver, and all of a sudden marketers could reach their target audience during their taxi journey. A captive television audience! TaxiTv was born and flourished. A media visionary took the opportunity to use this technology to roll out TV screens across taxi ranks and train stations to deliver a massive national commuter audience.

The next big thing targeting commuters is mobile, and it too has “hit the shores” of taxi commuters. Free Wi-Fi is being rolled out which allows advertisers to have their ads served to commuters whilst they surf the web and socialise while in taxi ranks and even in the taxi while travelling.

The real reason for me mentioning all of the above media developments is to highlight (lest we forget) that the commuter media industry came from very humble beginnings and has grown to be a major player, by not only delivering massive relevant audiences but also as a phenomenal media innovator.

How fantastic is it for marketers to be able to reach this unique commuter market utilising all of these media platforms; a true 360° campaign.

All of you commuter boys out there, take a bow!

Has any other media industry been this innovative and for such a long period?

What’s next in the commuter market, you may ask?

I sure as hell don’t know but whatever it is, I am sure that there will be an app for it!

Craig Wallis is business unit manager at The MediaShop