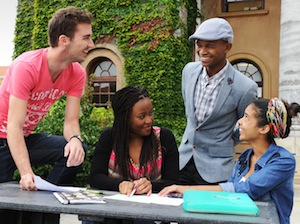 CYBERTORIAL*: Journalism and the media industry worldwide face a fundamental challenge. Old revenue models such as subscriptions are drying up.

Traditional journalistic employment is shrinking. Programmers are editing the front page, hackers are the new whistle-blowers, and traditional publishers struggle to compete with social media giants and even hardware manufacturers such as Apple.

These economic and technological changes mean that anyone who hasn’t been paying careful attention has suddenly found themselves badly out of date, perhaps even out of a job.

At the University of Cape Town’s Centre for Film and Media Studies, these changes are seen as a major opportunity – the opportunity to innovate, reinvent and reshape media and journalism in our society. “The who what where when and how of journalism may have changed, but the ‘why’ is more important than ever,” says Professor Herman Wasserman. “Anyone working in media education today should be asking basic questions about our purpose.” 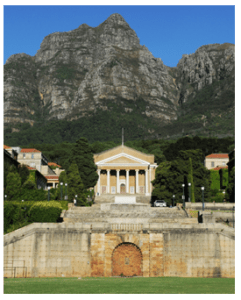 Paradoxically, though, at the same time journalists are perhaps more important than ever. Every company, government department and organisation needs to produce media and engage responsively and responsibly with the public. Journalists are far more likely to be employed outside ‘Big Media’ (news publishers) than inside. Increasingly, media curricula support access to areas such as advertising, information, public relations and digital media.

As Wasserman explains, this challenge is also an opportunity to reconsider journalism education. “We are shifting away from the ‘industrial model’ of journalism where news is created with a strict division of labour between different roles, then transmitted to mass audiences through fixed genres, all driven by the need to attract advertising. It is easy to see this as a breakdown in journalistic ‘standards’ and these are obviously even more important than ever. Yet it can also present educators with an opportunity to focus on civic and citizen journalism, journalism reconnecting with a democratic purpose and building community networks, such as our work with GroundUp.”

According to Associate Professor Marion Walton, who convenes courses in Mobile Media and Communication, Interactive Media, and Digital Media and Informatics, more than ever, the power of cross-media storytelling can support democracy, while surveillance can threaten it.

As a department established once the digital revolution was well underway, the Centre for Film and Media Studies had the relative advantage of being able to design its curricula around a solid knowledge of technologies, networks and computer languages.

“Some schools viewed technology as an ‘add on’ at best, at worst just an extra week or lecture, usually tacked on at the end of the course,” explains Walton. “Our approach was different. Students’ ability to innovate through digital media will be quite limited if they aren’t given the chance to develop fundamental knowledge. So for the past couple of years our curricula have adopted a digital-first approach, integrating theory and practice of digital media production.”

As Walton says, this has had other benefits to students, as they move to more advanced work. “With the rise of cross-media consumption, data analytics and social media analysis, we realised they also needed an inter-disciplinary foundation to research digital media.” 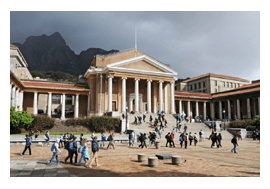 For this reason Walton and colleagues have designed a set of courses for undergraduates to acquire skills in HTML, CSS, JavaScript, Java and Android programming, design thinking, data visualisation, and interaction design. “These are scarce skills in the media industry, and difficult to pick up later in life. They seem a bit alien at first but really just need to be presented in meaningful and interesting ways to BA students. Once they realise their power, they are hooked,” comments Walton.

The Centre for Film and Media Studies also worked together with Information Systems in the Faculty of Commerce to develop a programme stream in Digital Media and Informatics, which allows BA students to take courses equivalent to an Information Systems major, including training in e-Commerce and Databases. According to Walton, media professionals should also be looking towards the IT industries for opportunities.

“Our students do extremely well. South Africa has a drastic shortage of technology skills and ICT companies head-hunt them. They have come to trust that they have sound technology knowledge but they are also creative thinkers, and make excellent user experience practitioners. They are good communicators and are sensitive to the social nuances that can make people love or hate you, or which can mean life or death when dealing with the public.”