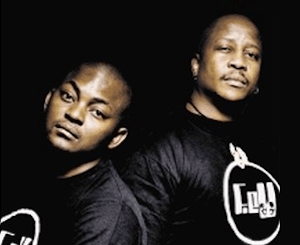 It’s the time of the year for a few on-air shake-ups. SABC Radio has rung the changes at 5FM and at Radio 2000.

Popular contemporary hit radio station 5FM, with its 1.7 million strong nationwide audience, has kept its line-up the same during the week, but has given the weekend programming a major boost with the new combined DJ Fresh and Euphonic show. Broadcast every Saturday night between 9pm and 11pm, the show will feature “killer” joint sets by the big men of music.

They will be followed Sol Phenduka. The Fresh@5 traffic reporter now has his own show from 11pm to 1am.

But Euphonik’s fans mustn’t panic. The DJ will keep his My House Sunday show, but it will move to the earlier slot of 5pm to 7pm. 5FM promises his previous slot will be filled by an “exciting new proposition” to be announced soon.

DJ Mixi continues The Weekend Capital on Saturday between 7pm and 9pm and will also take over the station’s request show Beats by Demand on Sundays between 10:00 -14:00.

Thomas Msengana has decided to leave 5FM after six years. “It’s been absolutely amazing working at 5FM all these years and I have enjoyed growing with the station. I have reached a point in my career where I find myself having to say goodbye to the station and to pursue other endeavours,” he says.

The SABC has announced that Radio 2000 has made a “strategic business decision to rotate certain on air talent”. The station says it’s primary aim is “to remain relevant and deliver more on our mandate of entertaining, educating and informing”.

Sport Bulletin presenter Lelo Mzaca has joined the breakfast team anchored by Just Ice Ramohlola, and Kia Johnson who is doing traffic on Monday to Friday from 06:00 – 09:00am.

KG Moeketsi has taken over 09:00 – 12:00 Monday to Friday. Radio 2000 says this approach is informed by the “lifestyle demands of our listeners and we believe this show will cater for all their lifestyle needs. The show promises to be entertaining, informative and will ease our audiences into the day ahead. Angela Ludek and Tseko Mosito can now be heard on weekends”.