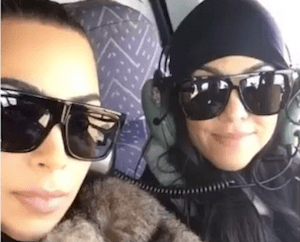 Snapchat emerged near the end of 2011 as a unique messaging and video sharing app that deletes all content after 24 hours.

Snapchat is now one of the most popular smartphone features with fans including Kim Kardashian and Jimmy Fallon. Social media obsessed Millennials make up the majority of Snapchat users. It’s only just starting to gain popularity among South Africans.

So what is in it for South African brands and marketing agencies?

With 200 million active users, Snapchat is an app that can’t be ignored. But those numbers pale in comparison to Instagram’s 400 million and Facebook’s whopping 1 550 million. In South Africa, Snapchat is still quite niche and has not yet broken into the mainstream market.

In a study conducted at the end of 2014, Statista reported that only 2% of Snapchat users were South African. That percentage has most likely increased since then, considering Snapchat’s growing popularity globally. However, it can’t yet compete with the 13 million South African Facebook users. Still, it would be wrong to rule Snapchat out as a marketing tool.

As it is still growing globally, it would do well for brands to start building their Snapchat community while there are fewer brands using it. Instead of having to fight for the consumer’s attention later when South African brands begin to join Snapchat en masse – the same way they did Twitter, Facebook and Instagram.

Another benefit of Snapchat, unlike any other social media app, is that it does not allow for edited, highly curated content. On the one hand, brands with strict social media guidelines may find this problematic as there isn’t time to get content signed off before it is uploaded.

With Snapchat you put it out there and that’s pretty much it. Brands would have to be extremely trusting of their social media managers for this type of process to work. On the other hand, consumers respond well when brands show authenticity. What is more authentic than photo and video content without the mask of editing and perfectly controlled lighting?

So how do social media and marketing managers engage with brand consumers on Snapchat?

Well, a good start would be something as simple as sharing your Snapchat handles on other social media platforms like Twitter and Facebook. The hardest part of Snapchat is getting people to follow you as there are no easy ways to advertise your account to other users within the app.

Along with that, a vital part of getting consumers to see any of your content on Snapchat is getting influencers involved. To gain followers on their newly launched Snapchat platform, McDonald’s enlisted basketball star LeBron James to take over their account.

You snap? We will soon. Add us for a tasty surprise. @Snapchat username: mcdonalds pic.twitter.com/mNtLhmEpsV 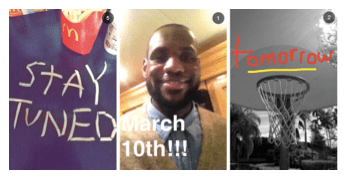 This is a perfect example of a brand getting that Millennial Snapchat demographic to follow them, as the majority of young adults and teenagers only care to follow their friends or celebrities they admire. McDonald’s paired a well-known sports star with an exciting campaign. This ensured that their ‘Snap Stories’ would be interesting and that engagement with their content would be high.

“There is a rise of social media influencers being integrated on overarching social media plans and it would be wise for marketers to consider integrating Snapchat into their upcoming strategies,” Rhodes says.

At this point it is safe to say that brands and agencies should not be sinking large parts of their budgets into Snapchat, but it wouldn’t hurt to do a little experimenting. The best way to engage with consumers on Snapchat and gain a substantial following is to use it along with other sites like Twitter, Facebook and Instagram. In this day and age, marketing is only amplified by utilising social media skilfully.

If used right, Snapchat could be the new frontier of experiential marketing in the digital space.