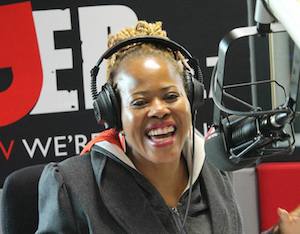 Black-owned and managed media group, MSG Afrika, has announced it will be launching two new radio stations this year.

Rhythm FM, with an Eastern Cape footprint, and Beat, covering the Free State and the Northern Cape, will join the Johannesburg based Power 98.7 and Capricorn FM, which is entrenched in the Mpumalanga and Limpopo areas. The new stations will go live in the latter half of this year.

According to Mkhari, the doubling of their radio assets makes MSG Afrika Group “the largest, privately owned radio network in South Africa”. He considers being awarded the licences a “massive responsibility, these are national assets and we do not have the luxury of not doing it (radio) well.”

The reliability of the data agencies and clients rely on is a key focus of the newly invigorated sales team, headed by managing director, Wanele Mngomezulu, who doubles up as commercial director of the MSG Group. They offer integrated solutions, on-air, online and on-ground, and the new stations will mean they cover seven of South Africa’s provinces.

Understandably this black-owned and managed group is keen to promote their existing radio stations. Eight year old Capricorn FM is the only commercial station in Limpopo attracting over 25s in the LSM 5 to 7 category. Power 98.7 entered the highly competitive Gauteng media market with a talk format that saw it competing with Primedia’s 702 head on.

Over the past year significant changes have been made to the line-up to, in Mkhari’s words, “cause kak”. Adding new voices to traditional ones and concentrating on quality rather than quantity has seen high profile presenters such as David O’Sullivan and  JJ Tabane join the line-up. The station is keen to encourage a mix of the well-known with up and coming young voices such as Ayanda Allie-Paine and Paul Mnisi.

The industry awaits the result of changes to the line-up. Will the renewed vigour add listenership numbers and support the establishment of the MSG Group Sales House in terms of advertising sales?