Did the SABC ‘change tack’ on local music quotas? 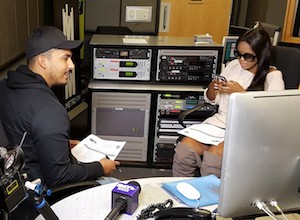 The Independent Communications Authority of South Africa (Icasa) has commended the SABC on its decision to raise the quota for South African music played on its stations to 90%. But in one of its own documents, published in the Government Gazette in March, it quotes the SABC saying a suggested 70% quota was too high and could lead to loss of audiences.

Director of the Wits Radio Academy, Professor Franz Kruger, believes that in general, music quotas have been a positive measure to boost the South African music industry.

“When they were first instituted in South Africa, there was a lot of concern that there was not enough local music of the necessary quality to meet those targets, but those fears proved groundless,” he says. “South Africa has great depths of local musical talent in a range of genres. And local music is very popular with many audiences.”

But, he says, the 90% target is “very high indeed, significantly higher than the quota set by Icasa in its recent regulations”.

Kruger says the SABC appeared to have “changed tack” on its previously held views on local music quotas. “In earlier input to Icasa’s review of the issue, the SABC reportedly argued against the plan for a 70% quota, saying increases should be based on listenership research,” he says.

“It does seem that the SABC decision was a sudden and dramatic about-turn, and caught radio managers by surprise. It looks a bit like a political gesture rather than a carefully thought out position,” he said.

Spokesperson Paseka Maleka said Icasa had recently [23 March 2016] published its own regulations that set the minimum requirements for the broadcast of SA music. The Icasa South African Music Content Regulations of 2016 stipulates that holders of public sound broadcasting service licences (public radio, in other words) must play a minimum of 60% local music within 18 months of the regulations being gazetted, which should increase to 70% the following year. [Icasa local content document (1) Icasa music regs]

Commercial stations – 5FM and MetroFM – were given the goal of 35% South African music within 18 months and that the playing of this music should be spread evenly throughout the performance period, meaning specialist South African music shows would not make the cut. Licensees that contravened the provisions are liable for a fine up to R5 million or 10% of the station’s annual turnover for every day, or part of the day, in which the contravention continues.

No contravention of licence conditions

“Icasa commends the public broadcaster on its decision to go beyond the minimum requirements in support of local music; and the promotion of the South African heritage and culture. This will encourage other broadcasters to follow suit and comply with the current regulations,” Maseka said. “The SABC did not in any way contravene the licence conditions of either 5FM or Metro FM. More local content on radio is good for Icasa because it promotes the intention of the SA Music Regulations and the Electronic Communications Act.”

Icasa published its South African Local Content Reasons Document in March 2016 in support of its gazetted regulations. The bulk of the content was informed by submissions from a variety of interested sources, from the SOS Coalition and the National Association of Broadcasters to media companies and the SABC itself.

Icasa, in the document, suggested its recommended quotas “be implemented in stages as this will ensure that the audiences do not experience a sudden change in their experience of the radio station”. It certainly didn’t anticipate the overnight decision made by SABC COO, Hlaudi Motsoeneng.

In fact, it quoted the SABC being “of the view that increases of the local music quota should be based on music research with the public, thereby ensuring that radio stations respond to listener needs”.

“The SABC was of the view that 70% is high and will lead to loss of audiences. This proposed quota will hinder the growth of the public broadcaster,” it said.

What about music from Africa?

Kruger believes quotas can play an important role in building the local music industry “and the SABC has a duty to boost local culture in various ways. However, they are a bit of a blunt instrument. Additional measures are necessary for effective support of local music, particularly to spot and develop new talent. If they are serious about the issue, the SABC needs a comprehensive strategy that goes beyond quotas,” he says.

But he, adds, it isn’t always clear how effectively quotas are monitored, and whether stations are actually keeping to those quotas.

“I am also concerned about how this may impact on music from other parts of the continent,” Kruger told The Media Online.