LATEST NEWS
Home Advertising ‘Get off your ass’ is not offensive

‘Get off your ass’ is not offensive

Posted By: Gaelyn Scotton: May 17, 2016In: Advertising
Print Email 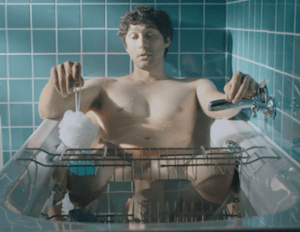 The ASA Directorate is satisfied that in the context of a humorous and light-hearted commercial, the word ‘ass’ would not cause offence.

Virgin Active’s use of the word ‘ass’ in its recent advertising campaign isn’t offensive. This is the finding of the Advertising Standards Authority (ASA), which ruled that the fitness chain could continue to use the word in its TV adverts.

The finding came after a handful of people complained about the advertisement, claiming that it contained an expletive.

Virgin Active justified the advert, saying it was aimed at persuading people to start working out at Virgin Active gyms. Under the banner ‘GET UP, GET ACTIVE’, the advert used the expression “get off your ass” on a number of occasions. Here are two examples:

The ASA ruling deals with two separate provisions of the ASA Code. The first of these is clause 14 of section II, which deals with advertising and children. This clause says, among other things, that an advertisement should not cause children mental, physical, emotional or moral harm, nor should it leave children with the impression that undesirable behaviour is acceptable.

The second provision, clause 1 of section II, deals with offensive advertising. It says that “no advertising may offend against good taste or decency or be offensive to public or sectoral values and sensitivities, unless the advertising is reasonable and justifiable in an open and democratic society based on human dignity, equality and freedom.”

Virgin Active responded to the complaint with a number of arguments. It said that the advert is motivational, in that it encourages people to exercise. It said that the expression “get off your ass” is colloquial, and  isn’t out of line with society’s values. It argued that the expression is appropriate, given the advert’s light-hearted and fun tone and that there was no visual connection with any body part. It further said that it is generally adults who go to gyms, so the advertisement wasn’t aimed at children. It added that most children know the word “ass” (or “arse”) anyway, because it is often heard on TV.

Virgin Active also referred to a number of earlier ASA decisions that have dealt with the word. In particular:

Dealing with the issue of advertising and children, the ASA Directorate first referred to the earlier decisions and said, “As is evident from the above, the Directorate accepts that the word ‘ass’, while not necessarily preferable to parents, would not likely cause mental, emotional or moral harm to children.”

It then discussed the advert’s flighting schedule, and noted that it generally appeared with shows aimed at adults.

Finally, it dealt with the argument that the word “ass” was used excessively – five times in a 42-second commercial. The Directorate had no problem with this, saying that it was “contextualised” and was used to encourage a healthy lifestyle.

Moving on to the offensiveness objection, the Directorate noted that it needed to consider the matter from the viewpoint of the “hypothetical reasonable person”. It added that “this approach adopts neither an oversensitive nor a hypercritical perspective, and takes into consideration relevant factors such as the context and likely audience for the commercial.”

The Directorate concluded that it was satisfied that in the context of a humorous and light-hearted commercial, the word ‘ass’ would not cause offence.