Newspaper CEOs in their own words [part one]

Posted By: Glenda Nevillon: May 31, 2016In: Newspapers
Print Email 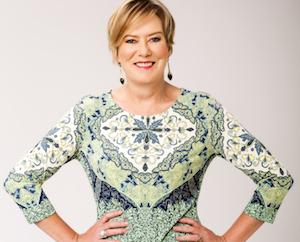 Glenda Nevill asks the CEOs of South Africa’s biggest newspaper (and now multimedia) groups some leading questions on where to for print media in a multiplatform world, how they’re planning to monetise their media products this year, the role of data journalism and the challenges facing the industry, among many other issues.

Media24’s Esmare Weidemann and Times Media Group’s Andrew Bonamour answered in full but Independent Media’s Dr Iqbal Surve declined to be interviewed for the piece. Using previous interviews with senior staffers at Independent, we pulled together answers similar to the questions asked of Weidemann and Bonamour. We will run part two, the interview with Bonamour, tomorrow and the Independent Media story on Friday.

‘Print is by no means dead’

Esmaré Weideman is CEO of Media24, one of the largest media groups in Africa. The group has had a busy time of it over the past year. Die Burger, Cape Town’s flagship Afrikaans daily, turned 100. At the celebration, which honoured the founding of Naspers as well as Die Burger’s birthday, Weideman took the opportunity to apologise for the group’s role during apartheid.

“We acknowledge complicity in a morally indefensible political regime and the hurtful way in which this played out in our newsrooms and boardrooms,” she said. It was a move welcomed by some, including the Khulumani Support Group, whose 85 000 members are victims and survivors of apartheid who testified at the Truth and Reconciliation Commission.

It’s also been a year in which headhunting of top digital talent became rife. Media24 lost general manager of digital, who Weideman had enticed to come back to South Africa from the Financial Times in London, Lisa MacLeod, and Andrew Trench, editor in chief of the boosted News24.com, to rivals Times Media Group. Weideman graciously told The Media Online the group had a depth of digital talents and wished MacLeod well. Long-term Media24 editor Adriaan Basson has replaced Trench at the head of the News24 operation.

At the time, Weideman thanked Naspers for the “generous waiver” and said while the company had excellent print media brand, “as print revenue continues its decline we must invest in our future which lies in digital media, e-commerce and online services”.

With an election in the offing, News24 has already rolled up its sleeves to produce another of its hugely successful apps.

The Media caught up with Weideman and asked her a series of leading questions on newspapers, print media, the state of advertising and the company’s strategy for 2016.

Question: What are you three most important, overarching goals for 2016?

Answer: 1. Doubling up on the user experience. 2. Educating advertisers about the value of targeted digital reach while at the same time advocating the enormous value and high engagement levels of print, and 3. Ensuring our staff are resilient, embrace change and have some fun!

Q: What do you see as your biggest growth drivers in 2016?

A: Internationally some traditional publishers, both news(papers) and lifestyle (magazines), are starting to get it right — they have developed new revenue streams complementary to print advertising, ranging from subscription models to mobile advertising, from events to direct marketing. In many respects South Africa is behind the curve. The biggest growth will come from convincing advertisers of the efficacy of marketing to well-targeted online audiences, wherever they are.

Media24 has taken the lead in engaging advertisers and advertising agencies about the value of digital and will continue to do so. But print is by no means dead. Last year we commissioned an independent study on the engagement levels which print readers offer advertisers, and the results confirmed what we have always known: no audience is an engaged as a print audience. We believe the sweet spot lies in combining digital and print advertising for maximum effect. Much as we are focused on a digital future, we have some exciting plans for new print products for underserved communities and niche audiences. So the growth should come from both print and digital.

Q: What, in your opinion, are the biggest challenges facing South African newspapers, and what are you/your company doing to address them?

A: The biggest threat is the weak economy. Advertisers are cutting back on their spend as a result of that. Equally, readers feel the effect of a weakening economy in their pockets and are cutting back on discretionary spend. Following on the loss of company results when the Johannesburg Stock Exchange changed its rules on how listed companies publish their annual results, the fact that government is planning to move tenders to its own online portal instead of using newspapers will be a huge challenge.

Media24 counters these losses in revenue by getting smarter about how we publish (balancing sell outs and returns) and finding new revenue streams. The other big challenge — though we see this as an opportunity — is the migration of audiences from print to digital platforms. The opportunity is to serve audiences wherever they are and provide them with immediate news and analysis, video and picture galleries — you can give them so much more than what space in newspapers allow. The challenge is to monetise digital effectively.

Q: What are your hopes for the new Publisher Research Council? What do you want to see come out of the organisation to benefit newspapers?

A: We want the Publisher Research Council to ensure that research surveys adequately address the issues pertinent to newspaper publishers i.e. that issues important to our industry are not diluted by other mediums like radio and television. But more importantly, we want the PRC to ensure that survey data is a fair and accurate reflection of the impact and reach of newspapers, most of which may be showing declining circulation but relatively steady readership numbers. The PRC must ensure that we are able to capitalise on the strength of newspaper readership numbers as an additional currency for our industry.

Q: Where do you stand on native advertising and how is your company ensuring that the way you publish sponsored content is ethical and clear in its intentions?

A: Native advertising or sponsored features have long become acceptable, as long as any commercial message is not presented as editorial.

Q: How important are news videos to you and will your digital properties be investing in video and multimedia products?

A: We already do a lot of video, both news and otherwise. We will continue to do so. Video is a critically important tool to reach Millennials. And if there is one question publishers should be grappling with, it is how our content reaches young people. We are competing with the likes of Facebook and Twitter. This is why distributed publishing — getting your content to Millennials wherever they spend their time online — is so vital.

Q: In terms of your strategic overview for your company, what are your plans ahead, and what are some of the results of strategies from the previous year? Are you on track and happy with progress?

A: Media24 had a good financial year, on the back of the excellence of the people we employ — from the business side to editorial. We produce excellent newspapers and magazines, our digital properties are growing at the speed of knots, and the new businesses into which we are diversifying are showing strong growth. There are many challenges but the opportunities are vast. We are very excited about the next year.

Q: In the modern media economy, with all its challenges, do you think the role of the editor is changing? And if so, why and how is it changing?

A: I don’t think the role of the editor is changing. Good editors bring gravitas to their products, in print and in digital. They are the ones who dig, who ask the right questions, who don’t accept second best, who ensure each article they publish meets the highest standards. What is changing is how and where audiences consume content. Good editors see algorithms and personalisation as friends — tools to reach audiences wherever they are, on any platform be it print or digital.

A: The Press Council works very well indeed and Media24 fully supports the Press Council and all its structures. The Press Code, which came into effect a few years ago, tightened up many areas of concern. Nowadays, editors are forced to publish prominent apologies if and when they get things wrong. Some of Media24’s leading editors have even gone to the extraordinary lengths of checking in with the Ombud before they publish. This is very responsible journalism indeed.

Q: The relationship between government and the media is quite often tense. Government threatens the MAT, and media pushes back. Is this just the way it is or should measures be taken to improve the relationship? Do you see government as a threat to media freedom?

Q: What is your latest thinking on your online properties, paywalls and monetising content?

A: Around the world, many (traditional) publishers now have their content behind some sort of paywall. Someone has to pay decent journalists decent salaries! In many cases, subscription models are beginning to show good results, particularly those publishers offering a unique value proposition either in terms of content (the FT) or language (I.e. Afrikaans or Swedish) — or both. There are two models, both of which we subscribe to: subscription (supported by your readers) and free (supported by advertisers). Both can work, depending on the model.

Q: What is your view on ad blocking and is it/will it become a threat to your online properties?

A: Ad blocking is a concern to many publishers but a blessing to many users. Then again, there is an entire generation of users who don’t mind advertising served to them, as long as it is relevant and useful. The onus is on advertisers to convey their message in a compelling way, which users actually want to consume, and not just block. At Media24 we have several units who assist our advertisers with creating irresistibly good marketing messages.

Q: There’s been an awful lot of movement of senior staff between the big media houses. Is retaining staff becoming a problem, especially highly skilled digital people? Is there a shortage of such people and if so, how should it be addressed?

A: Yes, there is an awful lot of movement — from Media24 to other publishers! We take it as a compliment that our people are being poached. Digital skills and experience are indeed a problem in South Africa, but most problematic is the shortage of engineers.

Q: Where is your newspaper in terms of data journalism? Is this something you are embracing?

A: Oh absolutely. It is such an important storytelling and analytical tool. We should all be doing a lot more.

Q: What is your outlook on advertising this year? Your goals, the challenges? Did you ad sales teams meet target last year on some titles, if not all?

A: I think it is going to be a tough year. Advertisers are feeling the pinch as much as everybody else. Not only are many of them cutting back on their marketing budgets, others are shifting their budgets away from print. We believe the most effective way of marketing is to combine print with digital, or with television.

Q: Any other insights?

A: Much as we are building a digital future, we believe very much in the power of print.

Due to space considerations, an edited version of this story was first published in the April 2016 issue of The Media magazine but is run in full on The Media Online.