Prince: The King of Copyright 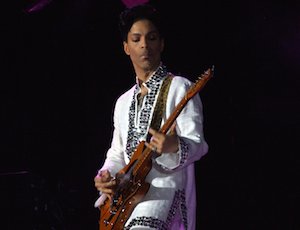 Prince Rogers Nelson was an outstanding artist, singer, and song writer. Not only are his legacy and musical skills left behind, but also a very valuable brand, successful record label, recording studio, and loads of copyright protected works.

While songs such as Purple Rain, Diamonds and Pearls, and Around the World in a Day come to mind, many of us would soon find out (or already have) that Prince’s songs are extremely difficult to find on the internet. The reason being that Prince was meticulous in protecting his work. Specifically, to prevent unauthorised use of his music and to prevent individuals from covering his songs.

During the mid-1990s, Prince had a contractual dispute with his record company, Warner Bros. At the time, Prince wanted to release more music and wanted to own the copyright. Following this, he appeared in public with ‘slave’ written on his cheek and changed his name from Prince to a love symbol one cannot pronounce. This is the reason why he subsequently became known as the ‘Artist Formerly Known as Prince’. The reasoning behind the name change was for Prince to escape the hold that Warner Bros. had over him and to show that no one owned Prince.

Prince was a fierce believer and fighter for artists by taking the stand that artists as the creators and owners of their music should reclaim their art. In 2007 Prince’s publisher sent YouTube a takedown notice of a video posted of a toddler dancing to Prince’s Let’s Go Crazy. Years later, the US 9th Circuit Court of Appeals handed down judgement by stating that copyright holders must consider fair use when sending takedown notices. As such, Prince’s take down notice would actually have been regarded as excessive if it had taken place today.

In terms of South African law, the Copyright Act 98 of 1978, provides for the automatic protection, upon being produced in a material and tangible form, of copyright works. Prince’s songs and music would fall under musical works which enjoys protection under South African law for the life span of the author and an additional 50 years from the end of the year in which the author dies. Prince’s music will therefore remain protected in South Africa as it still is in the United States of America, where Prince lived and where his music was produced, in accordance with the Berne Convention recognised under South African law.

Today, the question arises: What happens to Prince’s copyright protected work now? Intellectual property rights are recognised as actual property and assets. It all depends on what Prince specified in his will, if he indeed had one. It has been said that a will is absent but it seems that there is still some uncertainty around this matter. The possibility therefore exists that Prince would still be able to control his copyright work, even from beyond the grave.