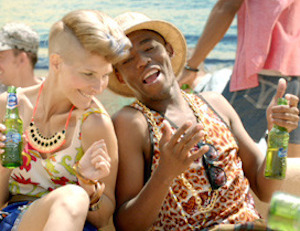 OPINION: The topic of alcohol advertising, wherever in the world it is debated, is marked by predominantly emotional arguments lacking in empirical substantiation and rational debate. There is no question that South Africa has an alcohol-abuse problem. Related problems such as foetal alcohol syndrome, physical and emotional abuse, drunk driving, severe medical conditions and a raft of social side effects are significant health and social concerns that require attention.

Most South Africans acknowledge the challenge we face regarding alcohol abuse and I am broadly supportive of responsible and meaningful efforts to address many of our health issues. But the long delayed draft Control of Marketing of Alcoholic Beverages Bill reveals a disturbingly sinister approach by the Department of Health on this issue.

There are two problems with its approach: in any government it is almost always politically expedient to resort to banning as a form of constituency-pleasing, and the pro-banning lobby bases its position entirely on what is known as ‘social learning theory’. This theory conceptualises the effect of advertising as a two-step process in which advertising increases consumption, which in turn produces more alcohol abuse and therefore more social and medical ills.

The reality of the argument

The reality is that this argument has been disproved, repeatedly and in multiple countries, by a succession of quantitative and qualitative research projects. The body of research on the relationship between alcohol and consumption is large and varied. In this summary, I cover 22 studies from the U.S., Canada, the UK, Germany, France and Australia, as well as more than 740 research papers, journals, articles and government publications from all over the world.

Very importantly, the research conducted on behalf of alcohol manufacturers and related interest groups is excluded for the purpose of impartiality.

The social learning theory is thoroughly discredited and disproved. The decision to experiment with alcohol, the rate and volume of consumption and all other primary influencers are almost exclusively restricted to the family environment, parental control, peer pressure and societal norms. Likewise, the relationship between advertising and overall consumption is so negligible as to be deemed inconsequential.

Effect of advertising on consumption

A series of experimental and other consumption-correlation measures show that the average effect of advertising on consumption is below 1.5% of total volume. In layman terms this is an additional one and a half drinks per 100 consumed, which is difficult to classify as anything other than negligible.

There are three highly acknowledged, independent, quasi-experimental studies examining the relationship between advertising exposure, intoxication and abuse. The correlation between advertising and negative or anti-social behaviour was measured at 0.2%, 0.8% and 1.2% respectively, an average of 0.5%. Of far greater importance were the differential associations with drinking peers, and parental and peer approval. These findings support the conclusion that the magnitude of any effect would almost surely have no measurable public health consequences.

The conventional ‘trappings’ of advertising norms depicting appealing lifestyle and success factors such as sporting prowess, social acceptance, monetary reward, social status, sexual prowess and the like have a near-zero effect on the total consumption levels in all the studies canvassed, discrediting another claimed effect of the social learning theory. The same applies to the intensity of weight of advertising exposure – where subjects exposed to varying degrees of exposure from none to very heavy showed no effect on consumption patterns. No correlation between media consumption containing depictions of and direct references to alcohol and alcohol consumption was established.

Additionally, the studies found that moderate warning messages are the most effective short- and long-term deterrents to excessive alcohol consumption. Severe warnings have the effect of being completely ignored, and government warnings are least effective and simply dismissed. These results demonstrate what any experienced advertising practitioner will tell you: You can’t threaten consumers with draconian messages of fear. As a species, we simply ignore them or worse, treat them with contempt.

So, if advertising has such a negligible effect on consumption, why do South African manufacturers spend R2-billion a year on it? The answer is that in a free and competitive marketplace, manufacturers must fight for category and brand share. The beer category may win share from the spirits category, but total consumption remains steady, irrespective of the state of advertising restrictions. Within categories, brands fight one another for share of throat, so to speak.

The downside of banning alcohol advertising is that it will have the unintended effect of stifling competition within categories and entrenching dominant players. The dominant players will maintain and even grow their market share at the expense of smaller brands, and launching new brands to stimulate competition will be impossible. Having lived through the tobacco advertising ban, I witnessed this first-hand. Today the tobacco industry is a duopoly. Take a look at the annual reports of those companies and what their shareholder returns are for a little insight into what may befall SA’s lively alcohol industry.

A ban will force manufacturers to allocate large chunks of their advertising, R&D and marketing budgets to their operating profit, a significant proportion of which will find its way back to offshore shareholders as increased dividends. A ban on advertising will shut out the small entrepreneur such as craft brewers and garagiste winemakers fighting for a tiny share of the liquor market. It will hurt employment opportunities in the alcohol, advertising, media and related industries, and probably even destroy existing jobs in those sectors.

Then weigh this against the, at best, negligible effects of an advertising ban and ask yourself where the logic lies. As a species our relationship with addictive substances like alcohol is founded in the home and the immediate socio-economic and peer influences of our circumstances. The deep fracturing of the family unit and social fabric wrought by decades of apartheid must shoulder a great deal of the responsibility for our nation’s alcohol problems, but a ban on advertising is akin to giving a cancer patient a course of paracetamol.