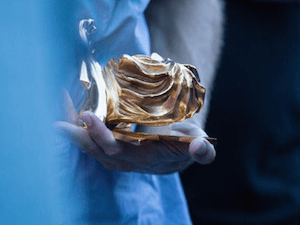 Eoin Welsh is one of nine South Africans elected as judges at this year’s Cannes Lions Festival of Creativity. Here we publish his thoughts on what’s transpired so far…

12 hours and 200 case studies later. When they say Cannes judging is intense, they don’t lie.

There’s no discussion, no standing on ceremony – 25 judges immediately split into five groups of five, and let the case studies commence. 200 per group. Each day. Simply score out of nine, and move on. And on. And on.

And at the end of the (loooooong) day, among many things, I have observed:

Unfortunately I can’t share any work, since it’s all super-secret till the results come out , but I’ll keep on with random observations and general yakkety-yak till then.

Right. I’m knackered. Off to bed.
Well, maybe a quick beer down the road.
But like I said, just the one

Today it rained.
And rained.
All day long.

Not that we cared – we were stuck in our little backstage judging booth, with 170 more case studies raining down on us.

After a while, one case study blends into the next …

How do you make this issue cool among Millennials who don’t give a shit about anything, on a shoestring budget/an actual shoestring/23 pesos/10 trillion Zim dollars?

Using cutting-edge technology/the power of social media/people’s love for controversy/drones/a midget with a spoon, we …

The results speak for themselves. (Every case study says this, then goes on to speak about them). Potential reach (always potential, never actual) of 20 kazillion. 5000 zerfillion impressions on social media (still not sure what this means). A lot of other incredibly big numbers.

The government, the UN, Bill Gates and God got together and changed the laws of nature.

But best of all, three cute gerbils were rescued from Richard Gere.

Ok, ok, I’m exaggerating, but not much.

Luckily, once in a while an absolute pearler of an idea comes round, which makes you believe again.

And there are some. But I can’t tell you about them yet (hehe).

One more day of that, then we get into the juicy stuff – proper discussions & debates on what gets canned and what gets Cannes’d.

They say this is where the fur flies and the blood spatters on the walls. But hand on heart, the judges are such a nice bunch of people that I just can’t see it. And so far, we’ve all been pretty much in agreement on what soars and what sucks.

Right now, the only case I want to see is a case of beer.

We’re celebrating this side by having the shortest day so far – done by 2.30.

Sadly, it’s just the eye of the storm – tomorrow all 25 judges regroup & go through 340 case studies to determine a shortlist. Which apparently could take up to midnight.

And then the fun really starts, because Sat & Sun are the discussion days, deciding what gets metal… and that can apparently get messy.

So I’ll keep it short today, and let y’all enjoy your day off.