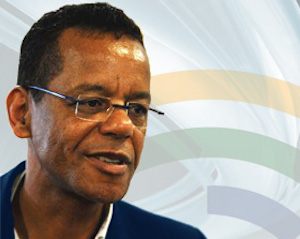 In his letter of resignation, addressed to the chair of the SABC board Professor Mbulaheni Maguvhe, former news chief and acting group CEO Jimi Matthews says, “For many months I have compromised the values that I hold dear under the mistaken belief that I could be more effective inside the SABC than outside, passing comment from the side-lines.

“In the process the prevailing, corrosive atmosphere has impacted negatively on my moral judgement and has made me complicit in many decisions which I am not proud of. I wish also to apologise to the many people who I’ve let down by remaining silent when my voice needed to be heard. What is happening at the SABC is wrong and I can no longer be a part of it.”

In response to Matthews’ resignation, Gordon Patterson, business director at Omnicom Media Group says, “Although I don’t know Mr Matthews personally, I know of his reputation for fairness and professionalism, so his resignation while not surprising, is nevertheless a step backwards for SABC. There are stalwarts of dedicated professionals who remain steadfast in their belief that the SABC is worth saving… no matter how the SABC is used from time to time as a political ‘chew toy’ by those with political agendas. Up until now this backbone of staff have been resilient… but now there is one less.”

Patterson adds, “As much as SABC will say that his departure will not make a difference… the fact is that the loss of one principled professional can and often does make a difference. It reminds people why they should stay or go, it helps calibrate ones principles and forces colleagues to consider their own professional standards and question those of the company. Introspection is good.”

Patterson also commented on how this may impact the SABC’s advertising revenue. “SABC must run their business their way… we follow audience at a fair price… if the audiences shift away from the new SABC news policy then so will the advertising. Irrespective of 2016 being an election year, the advertising profession follows a commercial agenda,” Patterson said.

Executive director of Media Monitoring Africa, William Bird, said it took “courage” to do what Matthews did, and that we “must applaud him” as it was “never too late to do the right thing,” he said, adding that it was “unexpected but it highlights just how grave things are at the SABC”.

The MMA took a decision to report the SABC to Icasa over COO Hlaudi Motsoeneng’s decision to censor coverage of violent protests, a move that resulted in public hearing on the matter last Friday. Matthews signed an affidavit in which he supported Motsoeneng’s policy. But Bird says despite his resignation, Matthews would be unable to withdraw it now. “It was interesting it was Jimi who did it but we can also [now] see he felt bad,” says Bird.

“What his resignation suggests is that the stories we have been hearing are more than likely true. Combine this with stories about banning negative stories on the SABC as well as not allowing analysis of the spy tapes ruling are all profoundly worrying and must raise serious issues of concern about the SABC’s ability to deliver free and fair content for the elections,” Bird says.

“Mr Matthews says he has for many months compromised values he holds dear under the mistaken belief that he could be more effective inside the SABC than outside. We know from this sentence of the letter that journalistic values are being compromised at the SABC; that, according to this letter, they have been compromised ‘for many months; and, that from outside and inside there are attempts to change the SABC,” Ndlovu says.

Ndlovu says his reading of Matthews’ letter is that the former SABC news chief was not  responding to recent/new editorial decisions, but rather to what has been happening at the SABC “for many months”.

“He is distancing himself from that which is ‘wrong’ at the SABC and reclaiming the moral ground,” he says. “It is also an admission that SABC editorial framework is now difficult to ideologically repair.”

Ndlovu added that he believed Matthews’ decision to resign so publicly was because he “wanted to contain the meaning of his letter, he does not trust the internal process as much, and did not want the manipulation of the letter’s meaning by the SABC. The SABC is simply left to defend itself and it is not going to be easy”.

The Democratic Alliance, in a statement, said it was “deeply concerned” by Matthews’ resignation and has repeated its call for the broadcaster’s chief operating officer, Hlaudi Motsoeneng, to be fired immediately “as we believe the erosion of the SABC can be laid squarely at his feet and those who seek to protect him”.

The DA’s spokesperson, Phumzile van Damme, said Matthews’ resignation followed the suspension of SABC staffers who spoke out against Motsoeneng’s policies.
“His most recent order and most arbitrary ban of negative stories about President Jacob Zuma typifies the clampdown in ethical and fair reporting which the DA has taken severe exception to and is currently monitoring any infractions during this election period with a view to requesting an investigation by Icasa’s Complaints and Compliance Committee (CCC) should these inequitable and biased editorial policies continue to erode the credibility of the SABC,” said Van Damme.
She said the DA would not rest until “Mr Motsoeneng is stripped of his position and we can start rebuilding a public broadcaster that honours the constitutional imperatives on which it is founded by operating in the public interest”.

I have quit the SABC. pic.twitter.com/ZIwa7K5z9c

@jimimatthews that must have been hard to write. Perhaps it will turn things to right.

Way to go, #JimiMatthews. You waited too long, but at least you’ve done the honourable thing now. Welcome back to the sane world

@jimimatthews. Well done on taking a stand. The SABC belongs to all of us and we must defend it.

As this is a breaking story, The Media Online will update as new information and commentary emerges.