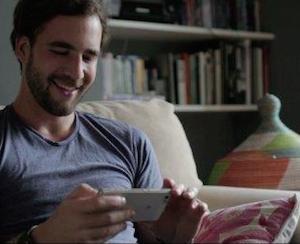 By global standards, most South African consumers are making their purchases at brick-and-mortar stores – but the online shopping sphere is poised for stunning growth.

It hasn’t been smooth sailing for South Africa’s still fledgling e-commerce market with a small pool of tech-savvy consumers clicking their way through purchases.

The market is already making gains, with a World Wide Worx report revealing that for the first time since the dawn of e-commerce in South Africa, online shopping is expected to reach 1% of overall retail in 2016. Statistics South Africa figures show that retail trade sales notched up by 3.3% in 2015, compared to 2014, to R762 billion.

Managing director of World Wide Worx Arthur Goldstuck says, although the 1% represents a small portion of overall retail, it’s still impressive and indicative of the investments so far made by retailers. “The number also masks the extent to which some major retailers have exceeded the 1% online mark by a substantial margin, compared to the vast majority that are not yet close to the market,” says Goldstuck.

But the market is still underdeveloped. Goldstuck says in other western countries like the U.S., online retail makes up 10% of total sales while in South Africa is only heading to 1%. “The U.S. is the leading market, but on the other hand, it shows how SA is growing,” he says.

He singles out retailers such as Pick n Pay, Woolworths, and an early investor into online channels, Edcon Holdings, the operator of retailers such as Edgars, Jet, Jet Mart and CNA, as among the apparel and grocery retailers to have taken up e-commerce seriously. Others like Mr Price, Truworths International and The Foschini Group are bolstering their online shopping channels.

More have traversed this space and cashed in on a market with few competitors like online retailer of kitchen and homeware products Yuppiechef and same-day gift and flower delivery service company NetFlorist.

Limiting the growth of online shopping is the strong mall culture, and because of this, some retailers can still afford to ignore e-commerce channels, Goldstuck adds.

Already the retail market is widely viewed as over shopped if recent figures by property research company Urban Studies are anything to go by.  According to Urban Studies, South Africa has more than 2 000 shopping centres covering 23 million square metres – comparable to 163 Sandton City malls.

Two other major problems still inhibiting the penetration of online shopping is limited access to the Internet and the cost of broadband, says Vuyo Mpako, the head of digital channels and e-commerce at Standard Bank. Although uncapped access to fibre networks is increasing in homes across the country, Mpako says the high cost of internet access restricts the wider reach of online shopping across most consumer income groups.

Mpako says other factors inhibiting e-commerce sales include a lack of trust in making online transactions and perceptions that only credit cards can warrant online purchases. “The journey for online purchases is not linear. We are seeing many customers look and browse online but don’t make the actual purchases online, but rather opt to go offline to make the purchases,” he says.

Efi Dahan, who is the regional director for Africa and Israel at digital payments company PayPal, says the rapid penetration of smartphones and even more affordable ones in South Africa, will continue to be the driving force for online shopping in the coming years. “I believe that the smartphone shopping experience will continue to evolve as consumers feel greater comfort and security,” Dahan says in a statement.

PayPal, which released the results of its global survey conducted by Ipsos on consumer shopping habits, revealed that South African shoppers spent an estimated R28.8 billion online in 2015, and this is expected to rise to nearly R46 billion in 2017. Those active in the online realm are buying non-food items such as apparel, books, tickets for events, music, videos and gifts.

The survey also noted that about 59% of online shoppers make domestic purchases, with some 37% saying that they shop online both domestically and cross-border, and a further 5% only shop cross-border.

“Though international shopping is still less popular locally, with the growing variety of products, larger range of prices, improved shipping options and increasing confidence in e-commerce, we believe that South African consumers will continue to purchase online, regardless of physical borders,” says Dahan.

Moneyweb’s Money Expo 2016, held under the theme ‘Earn It, Save It, Spend It’, takes place at the Sandton Convention Centre on 8-9 July.