Television goes wild for vets on the frontier 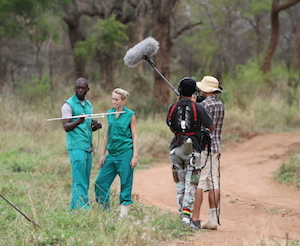 Anthrax, tick bite fever, a broken foot, a narrow escape from an injured rhino, searing heat, feisty cows and escaped lion cubs… it’s not an easy life being a frontier vet, as a group of young vets discovered while working at the deeply rural Hluvukani Animal Clinic on the border of the Kruger National Park.

But such action makes for great television, so it was just as well that these incidents, and many more, were filmed during the production of a new documentary/reality series, aptly titled Frontier Vets, currently being screened on SABC3.

Producer and director of the show, Jonty Acton, went to school with Dr Greg Simpson, the man who runs the Hluvukani clinic.

“The clinic is the first of its kind in South Africa, where a community vet clinic has been established both as a training facility for young vets as well as a centre to provide animal health care to an area which previously had no formal vet clinic. It was a unique partnership between the University of Pretoria and local government,” Acton explains. “Dr Greg approached me about a possible TV series based around the clinic. We had been friends at school and had kept in touch over the years. He knew that I was in the film business and looking to develop new projects.” 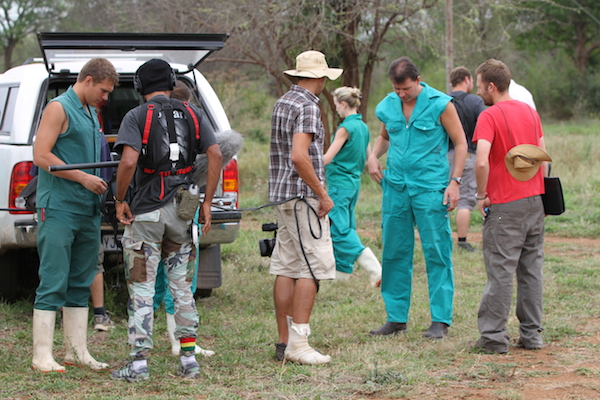 Acton says what made the idea so strong for Dr Greg was how much students learned in their time at the clinic, not just about vet science, but about themselves.

“Having met with Dr Greg, what attracted me most to the idea of making the series was the journey potential of the students. How they go from a definite point A in their professional and personal lives at the beginning of the series, to a point Z at the end? The dramatic potential of this important life stage of any person going into the workplace for the first time was what really interested me – that time of change from one state of being to another, a time of both personal and professional growth, which has great dramatic potential,” says Acton.

And, of course, how would the students behave when their jobs involved life and death on a daily basis. “Who really knows how they will react when faced with having to take a life for the first time? How personally involved are you going to allow yourself to get when treating a patient who’s owner has no money and there is little chance of a recovery? When do you stop protecting the animal and start protecting yourself emotionally?

“The books say one thing, but the reality is something different as emotion, people skills, personality and self-discovery are all intertwined in a fascinating complexity. That journey can be one of personal enrichment and a growing self confidence or one of cynicism and detachment,” he says. 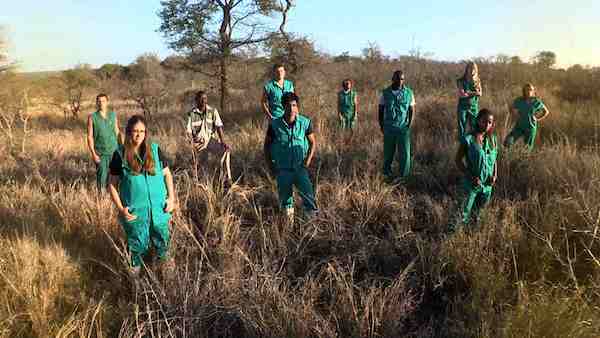 Acton says for him, the strength of the series is its character-based nature. “Of course the animals were an extra drawcard, the wild animals in particular. And the unique nature and positioning of the clinic and the culture-rich community added extra layers to what I felt was a strong foundation for a story of learning and self-discovery. I also knew that the charismatic and empathetic Dr Greg would make a great show host.”

Of course, the danger the students and crew faced was an element of the production too. “The danger element was always there, and there was one moment when capturing and trans-locating a rhino that it nearly fell on one of the students. Had that happened, it would have been a very serious incident. But besides the wild animals, the cows in that part of the world are pretty feisty, and the students were often kicked, and horns were flying around. Zebra bites and Reedbuck kicks that can disfigure your face were other things the students needed to be on the look out for. And handling an operation on a Cape Cobra. So not for the faint-hearted!” Acton says. 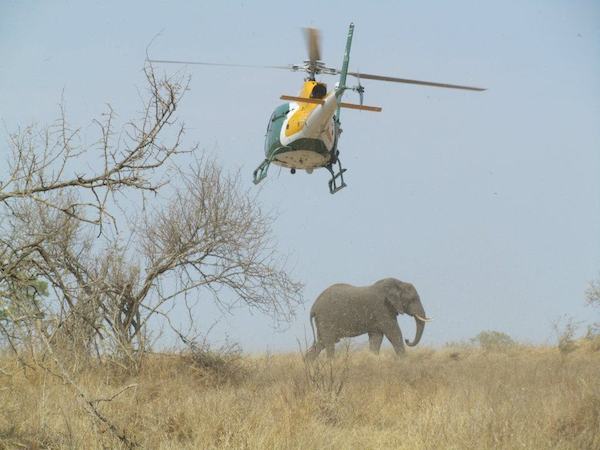 Acton has experience in low-budget filmmaking, and says he and his crew made “very little”.

“We wanted to make it happen. Filmmaking is a passion. And so we kept the production budget relatively low. We managed to find private investors to raise the production budget, based on a promo I shot and edited. The costs escalated in post-production, as our local post option fell by the wayside, and we looked overseas for a partner to post-produce the series. And that’s really where the costs shot up,” he says. “This has been a labour of love from beginning to end, both for myself and Greg. Its taken seven years to get this far as I shot the promo in 2009.”

It was worth the wait and the challenges the faced in shooting in such circumstances. Acton says working within the unpredictable nature of the environment was tough. And from a filming point of view, they couldn’t predict what kind of cases the students and Dr Greg would deal with daily.

“We put feelers out to the local game farms, to say if there was any wild animal cases that came up, please give us a shout. And we did get lucky. On the students’ first night a lion cub escaped through a park fence and the students had to go stumbling around in the dark trying to find it.

“And near the end we had a great rhino case fall into our laps. But from a creative side, the challenge was making the right choices in terms of which cases to follow, never knowing where they might potentially lead, or not lead. We knew we couldn’t follow too many cattle cases, or too many dog cases, so we had to be selective. Luckily Greg’s experience in handling cases meant we had some inkling of which cases would have more of a through line than others,” he says. 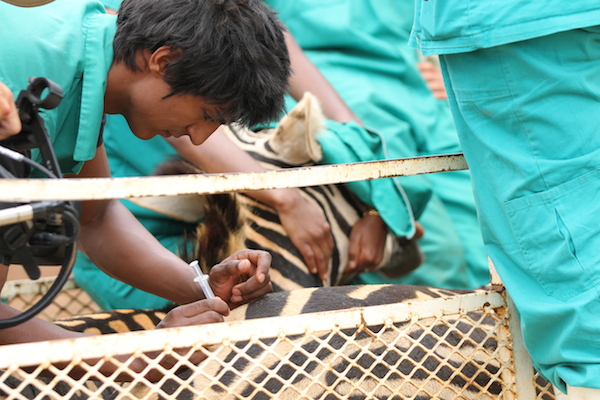 The students faced major challenges too. “It was hot, no one was getting any sleep, the students were under constant pressure. Not only did they have to handle being a vet for the first time, but then they had to be in front of the cameras telling us about it until 2am in the morning. And then they were up again at 4.30am to do vet work again. All under the constant scrutiny of cameras.”

Technical director and DOP Jeandre Gerding broke his foot a week before Acton and his crew started filming. “So we had to decide whether to replace him or go ahead. We went ahead and he managed the whole shoot with a broken foot (and plenty of painkillers). We also had a crew-member with potential tick-bite fever (luckily it wasn’t) and a whole camera crew potentially exposed to Anthrax (you’ll need to watch episode 11 to see what happened there).”

The title for the show was quite tricky, says Acton. Originally the series was called Animal Doctor, but people weren’t enthusiastic about the name.

“There was an ITV series that came out around the time we were filming called Safari Vet School, so we wanted to avoid any of those words. Frontier Vets was a bit of a compromise, but it does engender the reality of these students being on the frontier between wild, domesticated and production animals,” says Acton. “And I always remember the poster for Dances With Wolves, the Kevin Costner movie. The tag line was, ‘Lt John Dunbar is going to the frontier…within himself’. And that feeling exists for our series too. The students are going to an interior frontier of self-discovery, as much as an exterior one.”