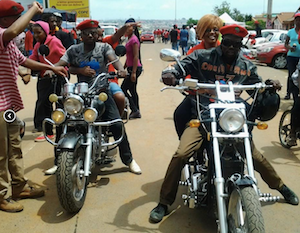 Political parties other than the ANC announced coalitions and partnerships on Wednesday, with the EFF staying true to its brand by refusing to form a coalition, opting instead to vote with the DA and the IFP in relevant hung municipalities.

If political parties and media houses are going to be responsive in the new era of South African coalition politics, they should pay attention to social media.

Social media’s strength is that it measures emotion and sentiment when it comes to voters’ attachment to the brand of political parties. A poll conducted by survey cannot quite capture this freely offered informational landscape.

Coalitions must be true to the political brand

Sentiment, with regards to the brand of a party, is even more vital when parties begin to work together.

Note how the Liberal Democrats suffered terribly in their coalition with Conservatives in Britain in the country’s previous parliament. The brand of the Liberal Democrats could simply not survive its alliance with an austerity-driven Tory government, while there was an increasingly left wing Labour party vocal in its opposition. Their brand lost relevance.

A South African parallel would be the EFF forming a coalition with the ANC – which they could do to form governments in both Johannesburg and Tshwane. But which they refused to do.

If you look at the social media analytics, one of the data points which required interpretation ahead of the election was the high, positive sentiment being directed towards the EFF. BrandsEye correctly interpreted this as representing more of a protest voice against the ANC than a swelling of voters heading towards the arms of the Fighters.

The corollary to this pre-election analysis is the post-election prediction that if the EFF does decide to ally with the ANC, at any stage in the future, it would completely undermine its own brand.

All the parliamentary rhetoric and theatre related to Nkandla and Marikana would suddenly be emptied of all prior meaning. Their brand would relinquish its core narrative of a corrupt and even murderous ANC that must be ousted were they suddenly to share power with the erstwhile ‘oppressors’.

Pitfalls on the path

There are also risks for them, however, in forming coalitions with the DA: their rhetoric of ‘white arrogance’ and ‘white imperialism’ would seem to undermine joining together with the party that has its historical roots in white liberalism.

While a DA coalition is surely not as existential a threat for the EFF as Julius Malema joining forces with the party that actually expelled him, the EFF cannot ignore the pitfalls along this path either. At the same time, they cannot simply ignore the opportunity to wield power, and thereby deny power to the ANC.

It would seem that their way forward is to look for specific opportunities to govern, perhaps in smaller municipalities, while playing a more minor, yet niched, role in metro coalitions. Such a scenario would see the larger DA govern in Johannesburg and Tshwane, but perhaps the EFF influencing land allocation where applicable and some other budget priorities.

For the DA, the way forward is much clearer

The DA brand is predicated on technocratic excellence. They can join arms with any party besides Zuma’s ANC and still maintain this brand. The DA has not yet been tarnished with corruption, and should they govern with the EFF, it would be very difficult for a smaller alliance partner to allow so much corruption in their specific portfolios they are granted that metro-wide service delivery is threatened.

A coalition with the EFF does pose some ideological problems. At a municipal level, however, questions of nationalisation are largely null and void. DA supporters want the ANC out. They will tolerate an EFF coalition at a local level as long as such a coalition respects the democratic mandate given by the voters – that is, a much larger share of power granted to the policy positions and technical efficiencies of the DA. (Already social media data is pointing this way.)

The DA brand is tied to tangible, deliverable results. This is why the local elections were so important for them. Their brand depends on them governing – and for them to challenge nationally, they need to begin governing locally beyond their Western Cape stronghold. Any coalition headed by the DA has to ensure they can show good governance. If not, they should walk away.

While coalition politics comes with its challenges for the DA and the EFF, for the ANC the equation is simple: Hold on to power with any partner who will have you, at virtually any cost.

The Cape Town narrative is the spectre haunting the ruling party currently. They narrowly lost power there a few election cycles ago to a DA-led coalition, and now they hardly exist there as opposition, with no real plan to regain power ever.

But the real lesson the ANC needs to face goes deeper than the art of building coalitions. The data simply shows a party facing a severe backlash for having ignored its urban electorate for so long.

In this sense, perhaps ironically, the ANC exemplifies the potential of using social media data: if they had gauged voter sentiment far earlier, they would have realised that the Mandela/liberator brand they still tenuously hold is in peril.

Without real, visible reform in how they deliver for voters, the brand of being the people’s party can, and will, be tarnished forever. This is a lesson for political parties worldwide. Voter sentiment can tolerate only so much, and therefore should never be ignored.

Chris Waldburger is a freelance journalist.