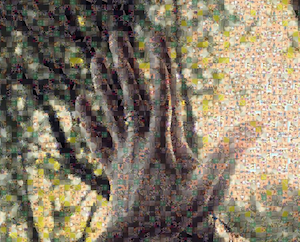 This was an election fought as much at the ballot box as through social media… and a result the ANC, and other parties, should have seen coming had they paid closer attention to the lively conversation out there in the digital space.

Final results showed a dramatic shift away from the ANC in almost all the key metros and in many smaller municipalities. Unless it can forge coalition governments with other parties, the ANC will lose control of some key metros.

Perhaps the party could have stemmed the haemorrhage timeously had it heeded the voices on Twitter, Facebook and other social platforms. The major trends were there, plain for all to see. And even though they gained much ground against the ANC, the DA and EFF also woke up to a few unexpected surprises – good and bad – as the results started emerging.

Not that the political parties did not make use of social media in their campaigns. But instead of mining more effectively into what ordinary voters were thinking and saying, and reacting accordingly to pre-emptively arrest negative trends, political leaders spent more time attacking each other on Twitter and Facebook.

Although social media already played a significant role in the 2014 general election, in South Africa it came of age in these elections. That is according to BrandsEye, a Cape Town-based global media analytics company that collects data from digital and traditional media sources and uses human and computer processing for online data accuracy.

And just as the politicians in Britain completely missed the predictive power of social media around Brexit, so too it seems did South Africa’s politicians in this week’s local government elections.

Social media was one of the only indicators that got it right with Brexit. In the run-up to that historic vote, BrandsEye used its unique human-powered sentiment analysis on a sample of 10 000 mentions representing half a million opinions, says BrandsEye CEO, JP Kloppers. It found that 56.9% of the opinions expressed were in favour of Britain leaving the EU, contrary to what most of the traditional polls were suggesting.

Putting that experience to good use here, positive mentions of political parties in the social media data captured and analysed in the weeks before the election, correctly identified the likely voting trends. It showed at the time that no party was able to breach the 50% ceiling in any of the three most contested metros – Nelson Mandela Bay, Tshwane and Johannesburg. Its research showed that only the DA would breach that percentage in Cape Town.

Right up to the last minute the situation was very fluid, with many voters possibly making up their minds of who to vote for only on election day. But in the end it was the things people were talking about on social media that drove the election outcome.

For instance, a large amount of positive comments aimed at the DA, revolved around its successful governance of Cape Town and the Western Cape, and the voters rewarded the DA accordingly. In places where it was already governing, like Midvaal and Cape Town, the DA’s majority increased. And in other regions where much of the conversation was about the DA’s Western Cape track record, the DA received a significant boost from voters. Vice versa, wherever there was significant mention on social media of, for example, corruption in government, the ANC lost support. This is about the clearest advance warning one can expect of how the actual voting will go on election day.

The overall conversation, and the key insights it provided, should have alerted the politicians as to what lay in store. The insights gained by this research before the elections, are now generally supported by the media, analysts and political leaders in their own post-mortems of the result.

The research found that in all contested metros, positive sentiment was in general focused more on the micro-level of ward, district, local or provincial governance, while negative sentiment was more focused on macro or national-level issues concerning the parties.

What this translates into, should be of concern for both the DA and the ANC. Both will have to build on the positive issues at local level, while addressing the negative at national level. For the ANC the writing was on the wall: national issues that have long stared it in the face, such as corruption and the controversies surrounding President Jacob Zuma, raised the negative sentiment around the ANC. Those sentiments belong to the voters who abandoned the party and voted instead for the DA or EFF among others.

For the DA this means there is now considerable pressure on it to deliver and satisfy expectations at ward, local and provincial level in order to retain its newly-won dominance in many urban areas. And like the ANC, the DA will have to address the negative issues at national level or face future loss of confidence among voters.

Broken down per each of the most contested metros, the positive and negative sentiments expressed towards parties paint and interesting, yet familiar picture. In the case of the DA and EFF, positive sentiment towards both in Nelson Mandela Bay Metro hinged on expectations of job creation. This offers the two parties a key opportunity to find common ground if they decide to work together and form a coalition, rather than focusing on their differences.

The conversations and sentiments in Johannesburg and Tshwane focused much on similar issues. Across the three metros the following issues stood out:

• The DA was viewed as a party that could create jobs in the various metros, would fight corruption and it was singled out for its good governance track record in the Western as something that could be emulated in the other metros The DA was viewed negatively on race issues and as a party that would advance white interests rather than those of blacks.

• The ANC faced much negative sentiment around corruption and misappropriation of public funds. Its delivery track record since 1994 was both questioned and praised, and it was seen by many as the party best able to advance black interests. In Tshwane positive sentiment towards the ANC also occurred on the basis of general, emotive arguments, perhaps due to its liberation struggle credentials and the fact that many regard the ANC as ‘family’.

• Among mayoral candidates both the ANC’s Parks Tau in Johannesburg, and the DA’s Solly Msimanga in Johannesburg, were mentioned positively, while sentiments showed a last-minute effort to defence the ANC’s Thoko Didiza in Tshwane. The ANC was heavily criticised for the intra-party violence surrounded her nomination.

The strong positive emphasis on the DA’s Western Cape track record in all three metros, and the equally strong rejection of corruption, goes to show that only good governance and sound delivery impresses ordinary citizens. Political parties will have to heed this dictum or face losing power.

For politicians the issues should be clear: end corruption; stop racism; create jobs; speed up delivery; and run all our cities modelled on Cape Town.

Perhaps it is not too late for the political parties to take serious note of the views expressed by their supporters and their opponents on social media when they now start an uncertain period of negotiations around forming coalition governments. To see what ordinary voters expect from their parties on this score, watch this space… and the social media.

Stef Terblanche is a Cape Town-based journalist and political analyst.