The apps, the sites, the conversation about local government elections 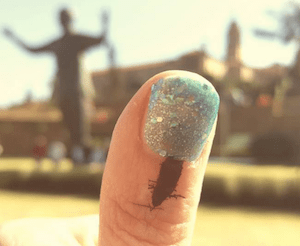 Justice Malala’s column this week must have resonated with many voters just days before South Africa goes to the polls in the 2016 local government elections. Writing in The Times, Malala labelled the campaigns run by the main three political parties – the ANC, the DA and the EFF – “unimaginative, unoriginal, unedifying and tired”.

The ANC played the race card ad nauseum, and threw in a few threats about ancestors bringing bad luck if you don’t vote for the governing party. The DA for some strange reason appropriated Mandela. What were they thinking? WERE they thinking? And the EFF promised money, land and everything without giving any indication how South Africa, with its current growth rate of 0% and shedding jobs faster than anyone can hope to create them, would actually pay for these promises.

As mobile activist group Amandla.mobi – slogan, ‘turning every cellphone into a democracy building tool’ – pointed out in a last-minute campaign this week, do voters even know about Service Delivery Agreements (SDAs) and Municipal Services Partnership Agreements (MSPAs)? The Municipal Systems Act says SDAs and MSPAs must be made public so the public can see who, what, when and how much companies contracted to deliver services are paid.

Well, judging by the amount of wasteful and fruitless expenditure the majority of South Africa’s municipalities are guilty of, according to the Auditor General, it’s no wonder they don’t want us to know it is our right to know…

Nevertheless, while the campaigns might have been bereft of imagination or vision, the public has been engaged with all things elections. With service delivery protests on the ground, and media and social media focused on the poll, South Africans are talking, a lot.

“Social media conversations ahead of the 2016 local government elections in South Africa reveal a growth of nearly four-fold over discussions about the 2011 municipal polls,” says Andre Steenekamp, CEO of 25AM.

“Data extracted from the Salesforce Marketing Cloud Social Studio by online media agency, 25AM, shows that there were nearly 22 000 social conversations about the topic between 1 May and 29 July 2016.  Unsurprisingly, the ANC as the national ruling party, generated the most mentions, followed by the EFF and then the DA,” he said.

“Increased presence on social media by the leading political parties as well as institutions like the Independent Electoral Commission (IEC) have helped to spark engagement about this election. The IEC has launched an iOS and Android app to make results and election info available to the public, for example,” says Steenekamp.

Tonya Khoury of media monitoring company, ROiAfrica, in its elections reporting analysis, found “Media reporting is balanced, news has granted the same amount of attention across all three leading political parties” over a seven-day period. But over 100 days, the picture showed “the ANC had the lion share of media reporting, with EFF just over 9% behind the ruling party”.

But social media was different, Khoury says, and showed distinct bias. “Social media is biased and does not pander to regulated reporting that is experienced in news media, the EFF dominated the social media charts over 7 days by almost 50%,” Roi Africa reported. Over the period of 100 days, “The ANC gets the most bias for negative and positive coverage, the DA gets more negative coverage than positive press over a 100 day period” perhaps leading one to think playing the Mandela card was the wrong strategy for the party – at least on social media.

Apps have become de rigeur at election time, and tomorrow’s poll is no different.

Code4SA does it by ward

Code4SA has designed an android based search interface to “help voters find candidates who are standing for SA 2016 local elections in their ward”. “Like the “who are you voting for” webapp this is also a quick and dirty proof of concept,” it says on Google Play. There’s also a mobile-friendly hack that allows you to pop in your address, and all the candidates from the different parties will pop up.

News24 ahead of the game

News24.com launched its Elections’16 app back in March, giving users daily information on events leading up to the local government elections. It included a tool to check whether voters were registered, and news stories were updated daily in the lead up to 3 August. It offered users breaking news as well as in-depth analysis on the goings-on.

It is also interactive, allowing users to share their experiences and photographs of the elections.

The app was updated at the end of July as it will be synced with the IEC for “up to the minute election results from across the country, so you can keep track of all the latest developments in those battleground municipalities in more as they happen.”

Times Media launched what it calls its innovative web application that allows South Africans to follow the progress (and drama) of Wednesday’s local government elections, in real time. The application has been optimised to work seamlessly on mobile devices as well as PCs.

Interestingly, it has a “battlegrounds dashboard”, a tool that will allow users to zoom in and monitor the key political contests in Nelson Mandela Bay, Johannesburg, Tshwane, and elsewhere in great detail while the votes are being counted.

eNCA in the run-up to tomorrow’s elections worked in tandem with Ipsos to deliver weekly polls on how the various parties were faring. Updated every Thursday night, it kept viewers engaged with the numbers, particularly in the battleground areas of Tshwane, Johannesburg and Nelson Mandela Bay, which it called ‘The Tale of Three Cities’. It also has a dedicated web page that will keep viewers and online readers up to date with news.

While news at the SABC has been more ABOUT the SABC, considering the drama around Hlaudi Motsoeneng and his (illegal) draconian moves to spare viewers coverage of violent service delivery protests while paying homage to President Jacob Zuma and, of course, the dramatic exit of former news head and acting CEO Jimi Matthews, the public broadcaster has managed to launch an elections website.

The site offers readers information on their municipalities and councillors.

It also has a handy guide to coverage on each of its radio stations and TV channels with podcasts and YouTube clips on various stories and interviews. SABC Education ran a series called the Right to Win, labelled a ‘democracy game show’. Episodes of this programme are available on the site too.

All eyes on the IEC

All eyes will be on the Independent Electoral Commission, charged with ensuring the poll is free and fair. If any doubt at all, visit the organisation’s website to find out the do’s and don’ts of voting.