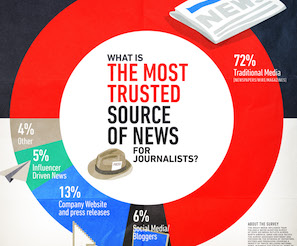 A global survey of over 200 reporters and editors has found traditional media outlets are still the most trusted sources of news over paid, direct-to-consumer and social channels.

“Our survey showed how the emergence of new platforms is the biggest trend affecting newsrooms, as consumers are increasingly reading news on apps, and social media platforms,” said Jennifer Risi, managing director of Ogilvy Media Influence and head of media relations. “The source of a news story still matters, especially in North America and EMEA, where traditional media outlets remain the most trusted. It will be key for PR professionals to adapt to new platforms (such as Snapchat) and find new ways to reach consumers in the places where they live and work.”

The findings showed that 72 percent of respondents agreed that traditional media outlets are the most trusted news sources but also acknowledged the growing importance of new platforms [54%] in managing newsrooms today. 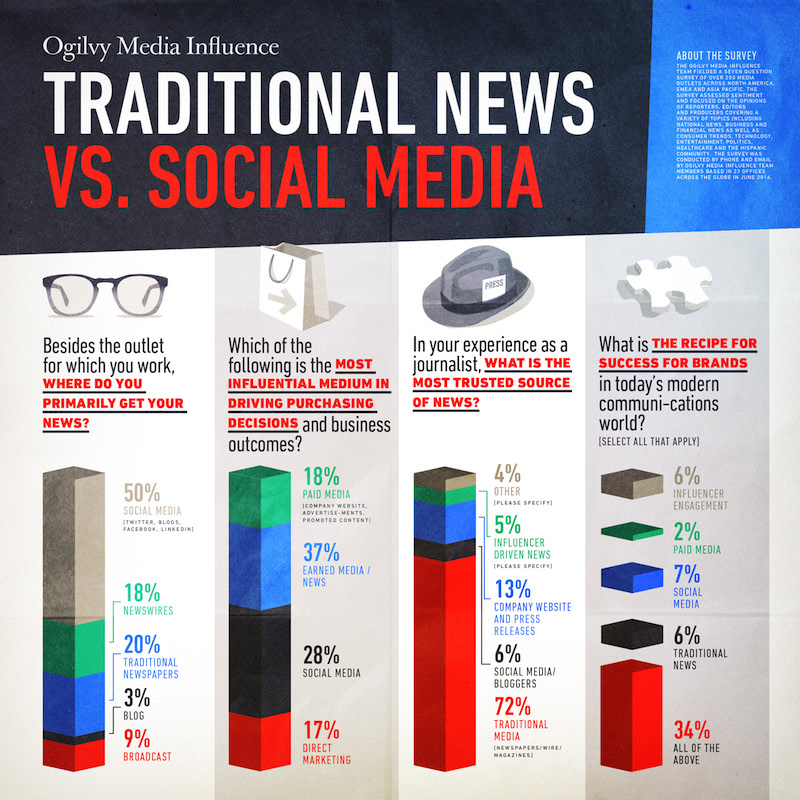 The survey found that the more a brand is covered by traditional media channels, the more credible the brand appears to its key stakeholders [52%].

“Social media has gone from being a channel that distributes the news, to one that informs it, with 50% of surveyed journalists saying that they use social media as a source for the stories they will cover. However, we also found that stories covered in traditional media outlets were seen as more influential, underlining the importance of traditional media relations for making brands matter,” said Risi.