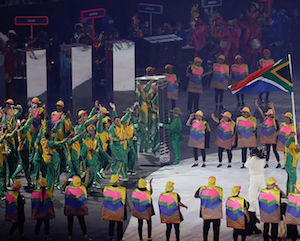 South Africa is incredibly proud of 24-year-old athlete, Wayde van Niekerk who stunned the world by running 400m in 43.03 seconds! “I believed I could get the world record. I’ve dreamed of this medal forever,” Van Niekerk said.

Van Niekerk’s gold medal win has catapulted him onto the world stage and has provided him with instant celebrity status. But now that he has become well-known globally with a number of endorsement deals and the like sure to follow, how can he protect his image, from a legal perspective?

International and local celebrities alike should therefore ‘go for gold’ and obtain trademark protection for their names and aspects related to their persona.

In countries such as the United States and the United Kingdom celebrities have more formally protected image or personality rights as it is regarded as an asset which is capable of commercial exploitation. However, South Africa does not recognise any proprietary interest in an image or the persona of an individual.

What should one then do to protect their image rights in South Africa?

One would be forced to turn to other areas of the law which can provide similar forms of protection. In particular, the answer lies in the South African Trade Marks Act which provides protection for names, signatures, words, letters, numerals and devices as trademarks. By registering one’s name, signature or the like as a trademark, one obtains legal rights and privileges to exclude others from using the mark or a mark so similar to the registered mark that it could lead to confusion or deception among the public.

We recommend that celebrities look into protecting their image in South Africa by registering their name or signature as a trademark. The road to obtaining a registered mark in South Africa could be a lengthy one, but once the trademark is registered the proprietor owns a valuable, life-long asset as trademarks are renewable every 10 years in South Africa and could subsist perpetually.

International and local celebrities alike should therefore ‘go for gold’ and obtain trademark protection for their names and aspects related to their persona in South Africa as it will go a long way to protecting their brands and prevent unauthorised, exploitation locally.