Who needs an editor, anyway? 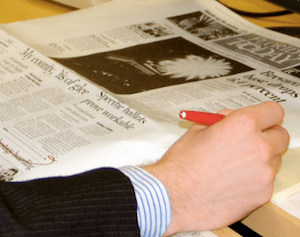 OPINION: The internet is a huge place full of furious roads and dystopic wastelands. In order to cope with its expanse, we return to our roots as tribal primates and build communities. Over time, and given limited influx of new viewpoints, those communities can become echo chambers, whirlpools of self-praise and flatulence sniffing where the status quo goes unchallenged and growth stalls.

But the thing is, that growth is quite critical. It’s what pushes into new efforts, it’s how we get better and level up our skills.

An editor, as a new entrant into your community of creativity, brings two assets with them: an ability to say “No”, and an ability to motivate. Nobody likes hearing “No”, but it’s the negative that can lead us to change, the same way rejection can prompt a new attempt. If a community is built out of people who only say “Yes” it’s much harder to develop.

This is not to say your mom or your spouse can’t read your written work and cheer you on, but honestly, they’re not going to be critical. I mean, these people love you on some level that will prevent them from saying that your introduction is hollow and your body is as well-crafted as a sweatshop knockoff brand sneaker. They might just call the whole thing “interesting” and tell you they liked it, but they’re not going to get their hands dirty. That’s where an objective outside opinion can come in. Yes, that’s also a great way for you to insulate yourself (“The editor just didn’t get it.”), but that’s just cowardice, that’s fear talking. And you, creative person, are greater than your fears. You challenge them every time you put a word on a page.

But more than just helping writers avoid the echo chamber, editors continue to play an increasingly important role – one that we often overlook.

There’s an expression (taken from Hamlet) most often used to refer to a good rule that is frequently broken: honoured in the breach. But the phrase might be better deployed to describe a mission whose value we appreciate most when it fails. Like a counterterrorism operative, good editors have done their best work when you don’t realise they’ve done anything at all.

The role of an editor

The naïve may assume an editor’s sole responsibility is to spell check and fact check, scouring for typos and dangling modifiers. The cynical may assume an editor is just a bureaucratic agent standing in the way of a writer’s mission. Even readers who claim to value non-automated editing have little sense of an editor’s actual responsibilities. The familiar grouse that “no one edits anymore” is usually followed by lamentations over the typos, grammatical errors and misspellings someone has found in traditionally published works. But correcting that kind of micro-mistake is the job of a copyeditor (or in some cases a proof-reader), not the editor. So, if they’re not in charge of fixing “spelling, etc,” then what do they do?

In short, they support and empower writers.

It’s no secret that writing is a lonely task. It happens most often in a limited exchange: fingers on keyboards, supported by cups of coffee and stacks of notes and heaps of doubt. Days and nights can be consumed by the creative process, and just as easily, the doubts and worries that what you’re doing just won’t work can swallow you whole. It’s dangerous to go alone, so take this: welcoming a bard to your retinue and someone who will tout your efforts, is often guaranteed to show you how those mornings when you were up before the sun, and all those nights where you shut the door on your kids and spouse were worth it.

Therefore, contrary to popular belief, editors are not doryphores, and know-it-alls who cavil while they dispense lethal swaths of red ink to kill creativity, hopes and dreams.

There is more to editing than pressing a single key

There’s checking grammar and spelling, yes, but also there are checks on the written work’s concept, word choice, pacing, expositive flow, and consistency in consequences. There isn’t one keystroke that checks, questions, and certifies all those elements.

It’s your work, have it your way!

Given that one of our first experiences with editing comes from a school class where we’re told what’s right and what’s wrong with our work, editing becomes this combat or trial by fire, where writers have to test themselves in mortal combat against story ninjas shooting ice blasts or grappling hooks before someone loses a spine. However, the writer-editor relationship isn’t about how much smarter one person is than the other. The relationship is mutually supportive, collaborative and productive.

An editor’s mission is to educe the best story from within the writer. It’s the writer’s work. They are there to help the writer see what they’ve always wanted to see (or something better that they couldn’t imagine). And while they might disagree and even counsel you to walk a different route to your goal, their job is to support the choice being made.

Look, in no way are my thoughts set in stone for all of time and space, and in no way am I the sole authority (I’m wearing a bathrobe and slippers as I write this parenthetical), but the process of writing is an exercise in decision-making and discipline. Growing the idea from something that rattles around in your head to something that exists somewhere concrete to something that exists in a state that someone else wants to read is a challenge to self-doubt and our habits. And it’s scary.

Part of reaching your full potential is arming yourself with the best knowledge you can. The internet is packed with resources: books, blogs, classes and whatever else (eventually holograms, right? We need holograms) and they’re available to you, so use them.

Another part of that is surrounding yourself with people who can help make you better: editors, copyeditors, proofreaders, beta readers, writing groups, writing partners, accountability buddies, sponsors, mentors, co-conspirators are all available to you, if you’re willing to be brave enough to step away from the fear and doubt and make the declaration that you’re going to make a thing. If you’re about to say you don’t have anyone you can think of, please count me. I got your back, and I’m one guy writing this blog post.

The tricky part here is that you can surround yourself with people who say good things, but no growth happens. People can love what you do, but that’s not going to help you break new ground. That’s not going to get you to stop calling yourself an “aspiring” writer. Are you writing? Then you’re a writer.