News24 and City Press agree On a Point of Order 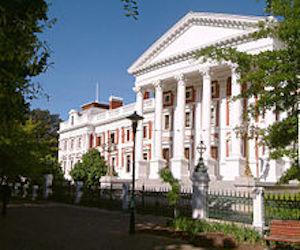 News24 and City Press are joining forces to produce a daily online political newsletter, On a Point of Order, which will cover news and analysis of this much-contested and complex area of South African life.

“Both titles have a renewed focus on politics and investigative journalism. News24 has the reach and City Press has a long tradition of in-depth political content and it made sense to join the two – we’re giving City Press content the exposure it deserves while serving News24 audience with richer content,” says Makhanya.

On a Point of Order promises content by South Africa’s top political journalists and commentators, and will deliver political reporting, analysis and explainers.

Research has shown an increased interest in politics. “Political columns and explainers are often the best read articles on both News24 and City Press online. Since the content distribution model changed, News24 has seen a 28% uplift in traffic, speaking to the fact that this content is enjoyed by the News24 readership,” Basson says.

Besides the On a Point of Order project, the relationship between the two Media24 titles will now also extend to City Press’s content from its weekend newspaper being available on News24’s digital platforms – including Fin24, Channel24 and Sport24 – on Sundays. This won’t cannibalise readers of the print title, Makhanya says.

“No, it’s a different audience,” he says. “We’ve found the younger readers are on mobile and the older audience still buy the paper. This ensures City Press content is served to its readers on the platforms that they prefer to receive it on.”

It’s a similar arrangement to the one between Netwerk24 and Rapport in which all Rapport’s stories are published on the digital platform on Sundays.

The free subscription service for On a Point of Order is open.