A major shake up in Kaya FM programming 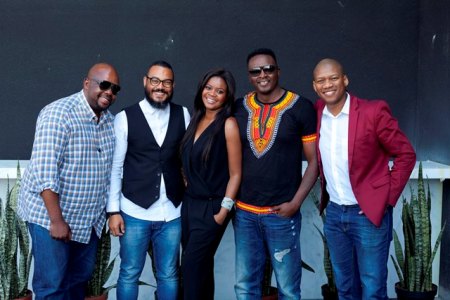 Kaya FM 95.9, ‘Home of the Afropolitan’, has announced some major changes to its on air content this September introducing new personalities and shows to its line-up.

Tebogo ‘Proverb’ Thekiso takes on the Top 40 while former Miss South Africa, Bridget Masinga, will anchor Monday to Wednesday as well as host an evening arts and culture show. Thomas Msengana gets behind the mic for Epic Rhythym mix on Fridays and Saturdays while Kojo Baffoe, the former editor of Destiny Man, will host a talk show from October.

The changes are part of the station’s continued focus in creating engaging content that appeals to the ever evolving Afropolitan demographic.

On weekends, the Kaya FM Top 40, which airs every Saturday between 10h00 and 14h00, will be hosted by Proverb who has built his on air profile at Kaya FM with guest appearances across various daytime shows. The show will take a different approach to the traditional countdowns exploring, unearthing and capturing musical narratives influenced by Proverb’s experience and insight in music.

On weekdays, the evening 9pm to 11pm slot gets a meticulous makeover with an arts and culture show that showcases the modern creative world. Seasoned presenter Bridget Masinga will be anchor presenter every Monday to Wednesday as well as Sundays between 10pm to midnight.

As part of aligning its focus in classical and contemporary African art and design, the Karibu show, which similarly aims to reconnect Africans with their history while reflecting on successes and challenges, hosted by Mike Siluma, will move from its Sunday slot 22h00-24h00 to Thursdays between 21h00-23h00.

The Epic Rhythm mix show airing Fridays 19h00-22h00 and Saturdays 18h00-22h00 has evolved to a sophisticated musical experience providing unique mix of sounds for the Afropolitan moving into the weekend. Thomas Msengana will host the show from the 9 September. As an accomplished radio host Msengana, established his radio prowess with young Afropolitans through the epic Harambe show with Bad Boy T, Lee and Sanza on Y FM.

Thabo ‘T-Bose’ Mokwele the host of Best T in the City will add the new Touch of Soul Sunday music show from 14h00 to- 18h00 to his on air portfolio. The show will be a presentation of Soul, Lounge, Gospel classic RnB and contemporary songs from the continent of Africa and the world.

In addition, entrepreneur, writer, facilitator, content architect, former Destiny Man magazine editor and speaker Kojo Baffoe will be hosting a new in depth talk show due to broadcast from October 2016.

Kaya FM celebrates 19 years in broadcasting since its inception on 1 August 1997. The station has evolved over the years from a mainly jazz station to a multi-platform, multi-content platform that speaks to a distinct Afropolitan audience.