‘The SABC is not about profits’ (with videos and photos) 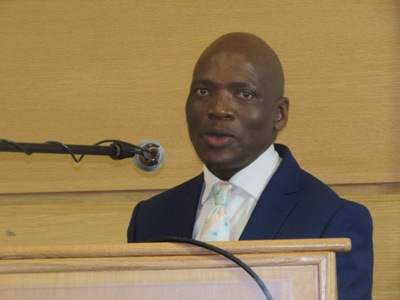 The SABC has reported a R441 million loss for the past financial year. Michael Bratt attended the broadcaster’s press briefing to find out where the money went.

Acting CEO James Aguma provided an overview of SABC at a glance, touting such accomplishments as the viewership and listenership of SABC offerings (such as 28.8 million people across SABC Radio every week and just under 29 million a week for SABC 1), the meeting of local content requirements, and the popularity of SABC content (including the fact that the top 15 most-watched TV shows in South Africa are carried on SABC).

Then he presented the figures, including a net asset position of R2.7 billion, a current asset ratio of 1.7:1, a cash balance of R881 million, and a net loss of R411 million. Several factors contributed to the loss, he said, including “expenditure incurred on unforeseen events of national interest”; “Investment in mandated sports and other events yielding negative returns”; “a drop in government funding to under 3%”; “growth in post-retirement service costs”; and the “impact of tax adjustments arising from correction of prior years’ financials”.

Aguma stressed that the majority of these factors arose due to the nature of SABC as a public entity.

He also cited a general economic slowdown and cutting of advertising spend by multinationals in general as other factors.

In a slide entitled ‘Public mandate profitability analysis’, the numbers given were for all costs associated with SABC’s obligations. The cost of news for the year came in at R876 million (not helped by the fact that Icasa regulations state news can’t be sponsored). Sports rights totalled R573 million, and production costs were R187 million.

The SABC also spent a lot of money on investments, particularly on infrastructure. Exchange rates also hurt the broadcaster in terms of sports rights and upgrading technology these are often paid for in foreign currencies and since the rates have been fluctuating, more money was spent than was budgeted for.

The SABC is currently investigating whether there is a way to pay in lump sums to avoid the impact of fluctuating exchange rates.

Reinstated general executive of corporate affairs, Hlaudi Motsoeneng, commented on the SABC’s financial results. Here is what he had to say:

Motsoeneng said, “SABC is not about profits. We had money in the bank, but we weren’t giving the public fresh content … Money is there to be spent in the interests of our audience”.

Responding to the question of whether SABC would ever be profitable Aguma said, “The audit opinion is that improvements have been driven by a concerted effort. We are continuing with our action plan. At the end of this year we will have an unqualified audit report. We will put our shoulder to the wheel on our plan”.