The myth of English as the language of the digital age 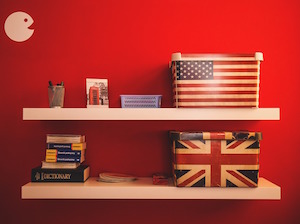 Choosing the right ‘internet parlance’ reduces the chance of messages getting lost in translation and delivers involved audiences who happily share their voice.

Ever since the internet was invented, English has been considered the language in which to converse and engage with audiences. This popularly held view is undoubtedly due to a number of factors, not least of which would be search engine bias and the fact that in its formative years, English did indeed dominate the internet with some reports suggesting that in 1998 as much as 75% of all internet content was in English.

But, as much as we like to pretend that 1998 was just a few years ago, the reality in the digital age is that it is akin to being almost centuries ago… pre-Facebook, pre-Twitter and pre-iPhone. Jeez, it was so long ago it was almost before the era of the mobile phone.

English as the language of the digital age is therefore a myth. While it might still be perceived as the most commonly used language in the digi-sphere, percentage wise it is actually well below 50. So why then, in a place like South Africa, where we have so many languages, do we still insist on producing the bulk of our content in English, especially given that terms like ‘engagement’ and ‘return on investment’ are the big watchwords of the moment?

Marketers are driven to ‘engage’ with their audiences, but in reality, it is not as easy as people think. Firstly you have to provide people with content they want to read and know about, then you have to keep them coming back for more. The days of the old preacher-on-a-train philosophy, where awkward messages are yelled at an audience regardless of whether they are listening or not, are gone. This is simply not engagement and with no engagement, there is little chance of a return on the investment that was thrown at the Internet in what can only be a hit and miss kind of way.

So why then, in a place like South Africa, where we have so many languages, do we still insist on producing the bulk of our content in English, especially given that terms like ‘engagement’ and ‘return on investment’ are the big watchwords of the moment?

But, with advances in data interpretation and consequent user profiling, we can now serve people specific adverts about products and services they have shown an interest in, so why not recognise them and have actual conversations in their language of choice too?

Aside from the actual context and meaningfulness of the information we are putting out there, the presentation of that content is paramount, and I do not mean it needs to look pretty. All interactions and conversations need to be tailored for the platform that is hosting said conversation, in the language most appropriate for that genuine exchange to take place, and which will have a better chance at building a long-term relationship – today’s marketing goal. English is therefore not always the best language for that to happen.

For a long time, our own newsroom was exclusively English. However, it has become increasingly impossible to remain anglophile, especially once we identified the opportunities for vernacular interaction. Instead of the internet promoting the standardisation of the one world language, it is now affording us the ease of talking to individual audiences in their own lingo – one that they are comfortable with and generally speaking, better emotionally connected to.

As a result, we now offer real time content services in Zulu, Afrikaans, Xhosa, Portuguese and French and in doing so, have welcomed a whole slew of bright new journalists into the fold.

To spell it out, if an English speaking audience enjoys following football commentary in English, then why wouldn’t a Zulu audience enjoy a similar experience in their own language? As it turns out, they do.

The days therefore of one-size-fits-all English solutions need to be consigned to history if we really want to deliver ‘involved’ audiences and create communities who understand us.

However, as important as it is to converse with someone in his or her own language, sometimes aligning content to a single language makes more sense. Cricket services, for instance, work better in English, likewise a Steve Hofmeyr fan site would be best in Afrikaans and an interactive Sangoma service would be better in Zulu. Indian digital car finder company CarDekho also realised the power of localising its sites to enhance customer experience and double their traffic, by launching three lingual websites in 2015 which has cemented the organisation as the number one auto-portal in India.

Another example of personalising user experiences is how South African digital agency HoneyKome, has just completed the ‘geo-localisation’ of two sports websites in Asia, which now enables users to be served a default version of the sites in the local languages of Malaysia and Thailand, by recognising the users’ IP address.

Thirty years before the Internet came into being, Candian-born author, Marshall McLuhan coined the phrase ‘Global Village’.  The term was popularised in his books The Gutenberg Galaxy: The Making of Typographic Man (1962) and Understanding Media (1964). Predicting the Internet as an ‘extension of consciousness’ McLuhan described “how the globe has been contracted into a village by electric technology and the instantaneous movement of information from every quarter to every point at the same time and how the increased speed at which people could read, spread and react to information would force us to become more involved with one another”.

He also hypothesised the ease at which people would search for online communities and interact with others who share the same interests and concerns… and language. This is now a reality.  But as much as we are indeed part of the ‘global village’, the need for personal and individual identity is even greater today than it was before the internet, maybe even because of it.

The days therefore of one-size-fits-all English solutions need to be consigned to history if we really want to deliver ‘involved’ audiences and create communities who understand us.