‘Fun as well as damn hard work’: Volkwyn after resigning from Primedia 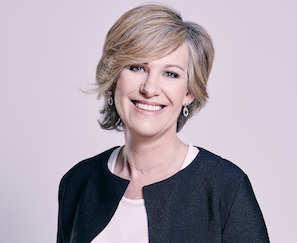 CEO of Primedia Broadcasting, Terry Volkwyn, has resigned. The broadcasting veteran, who rose through the ranks from account executive to chief executive officer, spent 30 years at the media company.

“The time was right – I’ve enjoyed a long and busy time at the helm: 30 years with the company and I have achieved a lot professionally. My youngest child will finish matric at the end of 2017 and there’s general change in my life. It all came together and the timing just feels right,” Volkwyn told The Media Online.

In a statement Primedia CEO Roger Jardine thanked Volkwyn for her “outstanding contribution to Primedia and positively shaping the independent broadcasting landscape in the country”.

Omar Essack, currently deputy group CEO of Kagiso Media, will replace Volkwyn by June 2017. Volkwyn, said Jardine, will take on the role of chairman of Primedia Broadcasting from 1 January 2017, “and work with Omar on a smooth handover until her departure at the end of June 2017”.

After that, says Volkwyn, she will, “Travel, take time out and enjoy having the time to dream a little!”

Volkwyn in 2012 won The Media’s Women of the Decade in Media Award. “Terry has not only significantly enabled the growth of broadcasting in South Africa, but, through her corporate social responsibility initiatives, has inspired a nation to be active citizens,” said Sandra Gordon, publisher of The Media and The Media Online at the time. “The awards’ purpose is to celebrate women’s outstanding contribution to the economic, social and political landscape primarily through their roles as media industry leaders.”

Volkwyn hasn’t eliminated the possibility of starting a whole new career after retiring from Primedia Broadcasting. “Knowing me – probably! But not right now,” she says.

Reflecting on her 30 year career at the broadcaster, Volkwyn says three career standouts for her were firstly, “Integrating all the brands under the Primedia Broadcasting umbrella when I took over as CEO – before that each of the stations had operated as separate ecosystems”.

She is proud of “leading a team of talented, interesting people and a wonderful company! It’s been fun as well as damn hard work,” she says.

And she is particularly proud of LeadSA, a civil society initiative that encourages the active participation of citizens in making South Africa a better place.

“Terry’s absence will be profoundly felt. However, after 30 years of dedication to Primedia Broadcasting she deserves the rejuvenation that comes with time out and fresh opportunities,” Jardine said in a statement.

He said Essack was well placed to take over from Volkwyn. “Omar’s passion for media and innate curiosity means that he is constantly consuming media development information in content and audiences and we look forward to officially welcoming him to the Primedia family soon.”

Volkwyn, meanwhile, says she has no doubt radio will continue to change “quite a lot” over the next few years. “I anticipate there will be more integration of other platforms into programming and sales opportunities,” she says. “It’s exciting and challenging but the basics of good radio programming should remain the key to leverage it all and remain as relevant as ever.”