Nigeria: Resilient with a (mostly) good story to tell 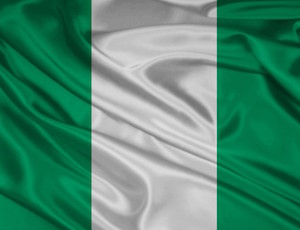 With 36 states and an internet savvy population of nearly 200 million people, Nigeria’s media scene continues to thrive despite challenges.

But like the rest of the media world, Nigeria too is suffering from dwindling revenues in some sectors (especially print), growth in others (particularly digital and out of home media) and massive fragmentation (due to digital disruption). Nigeria has about 135 radio stations (many state-owned), over 200 TV stations (nearly 23 million people own TV sets and 96% of the population watch TV) and a print penetration of 37% with over 85 newspapers and 70 plus magazines.

Michael Umogun, head of business development at Millward Brown in Nigeria, says most newspapers, whether state-owned or in the hands of private companies, are struggling, “Neither have a good story to tell,” he says. “Some, like The Punch, The Guardian, The Nation, Daily Trust, and Business Day are doing okay but not well enough. In a country of nearly 200 million people, they should be doing a lot better.”

He adds that most newspapers are “government aligned”, as well as government-owned. There’s a strong belief that being associated with the state is good for business.

Umogun believes revenue is going to online and into out of home. Newspapers without a mobile offering will suffer even more in a country with a youthful population that’s “internet savvy”.

Out of home media is a winner, not least due to not being impacted by an erratic power supply. “The landscape of Lagos is changing through out of home,” says Umogun. Prior to by-laws regulating OOH (each of the 36 states has its own regulations), and the creation of the Lagos State Signage and Advertising Agency (LASAA) the city was a “mess”. But now, Umogun says, “There’s much innovation happening and there are huge billboards in public spaces”.

He’s unwilling to put a number on the revenue generated by the out of home sector in Lagos, but a recent survey by Ideas House Consultancy with LASAA put it at 50-billion Naira per annum and reckoned it had created over 100 000 jobs.

Nigeria was the first country in Africa to broadcast television in 1959 – South Africa only got TV in 1976. The Nigerian Television Authority (NTA) is present in all 36 states, and has seven network centres in each geo-political zone, with around 96 TV stations. The state also owns LTV, Delta Broadcasting Service, OGTV, AKBC and ABS. Interestingly, of the 96% of the population who watch TV, 53% subscribe to South Africa’s satellite offering DStv Compact.

OTT and video on demand (VOD) is also coming up with more players making their debut into the lucrative pay-TV market that is dominated by MultiChoice brands (DStv and GOtv) as well as StarTimes. “Radio has not been left behind either with stations changing their formats to attract the ever elusive target audience that is also competing for share of attention with video downloads on Twitter, Instagram, Snapchat and Facebook,” he says.

“Tweeting, sharing broadcasts on WhatsApp, BBM has become a lifestyle for the youthful Nigerian population with the telcos fighting each other to offer data bundles at discounted rates. The IOT (Internet of Things) is finally here and there are close to 70 million Nigerians who are connected via a smartphone,” adds Kimanzi.

Tolu Onile-Ere, MD at Lagos-based digital agency Playhouse Communication, explains that in terms of countries with the highest number of internet users, Nigeria is now seventh with over 92 million internet users – and that’s only 50% penetration of the potential market.

He says while Nigeria has its challenges – such as the economic downturn, he believes the future could be bright. “The future for digital is promising. We have a young population and their access to media/info is predominantly via digital means/platforms.

However, there are undoubtedly infrastructure challenges to be addressed. We need to sort out electricity, make access to the internet cheaper and more reliable and to develop professionals with digital skills,” he asserts.

Another challenge is accountability. “There are still accountability issues with traditional media but marketers/companies are demanding more and expecting more, especially multinationals.

Digital also runs the risk of falling foul of accountability issues but hopefully as the market matures, clients will get better at knowing what to expect from digital and the agencies and publishers will get better at measuring the data,” says Onile-Ere.

Kimanzi says there’s been a lot of movement in the technology sphere with the rollout of 4G networks as well as cable providers such as Main One and Glo, who, he says, have acted as enablers to drive more internet based adoption and usage.

“Taking selfies and posting them online as well as using Instagram and Twitter feeds to drive entrepreneurship is growing. New stations continue coming up and some of the pay TV providers have reduced their prices to reflect the current economic reality.

Digital migration is meant to start in 2017 in line with the IOU mandate with a test pilot phase currently ongoing in Jos (Northern Nigeria) with a larger roll out anticipated early next year. This will not only increase the offers available but drive more choice among audiences who are becoming more and more fragmented,” he explains.

Economic realities mean advertising is struggling. “This year will be tough for advertising with inflation at 15%+, a declining Naira and stringent fiscal policies that have made movement of money a challenge.

The decreasing oil prices and resurgence of the militant group Niger Delta Avengers have compelled some of the largest oil firms to declare ‘force majeure’,” says Kimanzi. He believes growth areas will be “new formats of advertising and experiential marketing. Augmented reality and outdoor are also growing”.

Onile-Ere says Nigerian advertising is evolving. “The fact that the world is ‘getting smaller’ has meant that the expectations of clients and also consumers, in terms of creativity, has increased. This puts pressure on the advertising industry to improve its output,” he says.

Is there freedom of the press in Nigeria? “No, media runs what it is paid to run,” says Onile-Ere, “Journalists get paid to write the stories – not by the publication – but by a company/individual,” he says, adding, “on a governmental level, the media is still cautious about challenging the government.”

Kimanzi says the media space was quite free during the last general election. “… some of the competing political entities hired David Axelrod (former head of President Obama’s campaign) to steer their messages and content. All in all, the elections turned out to be peaceful (despite a six week delay) and put Nigeria on a new pedestal with respect to peaceful transition of power.”

The country is “resilient”, he asserts, and continues to overcome “challenges of infrastructure, an epileptic power supply, regulators and cut-throat competition for the elusive advertising spend.” N

Wazobia FM and Ray Power FM are the top stations in the eight states studied with a combined share of 24%.