Radio in the car: Popular everywhere 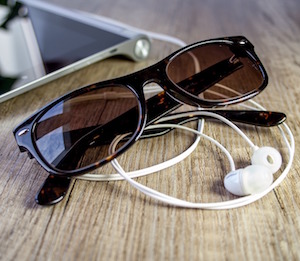 Industry body Commercial Radio Australia released some new data this week about radio in the car. Unsurprisingly for radio, it’s good news: radio accounts for 80% of all audio listened-to in the car. Pandora, Spotify and Apple Music total just 3% of time spent listening, and “other audio”, which contains podcasting and internet radio, is 5%.

Is this a truly Australian thing? It turns out that it isn’t.

Earlier this year, Radioplayer undertook research in the United Kingdom, France and Germany, surveying drivers who had bought a new car in the last three years. In these new cars, many with mobile phone connections, 75% of in-car listening was to the AM/FM/DAB radio.

In the United States, Edison Research has also conducted research in in-car listening. They found that 87 minutes a day is spent by commuters listening to audio in cars. When asked “what you listen to most” – not a direct comparison to the above figures – 69% of respondents claimed they listen most to broadcast radio (AM/FM/satellite). Podcasts and audiobooks both get 2% of the total, and pure-play streaming internet radio accounts for 8%.

So, it seems that wherever you are, about 75% of all audio we listen to in the car is the AM/FM radio. Even if you have a brand new car, and even if you have podcasts and streaming music on your phone. That’s probably good news for radio.

The ‘time-spent-listening’ figure is, of course, only one way to measure listening in a car.

In the Infinite Dial 2016 research, Edison Research asked, “Have you ever listened to Internet Radio in a car by listening to the stream from a cell phone that you have connected to a car audio system?” That figure has grown from just 6% in 2010 to 37% this year. Whatever your thoughts of ‘have you ever’ questions, the trend here is inescapable.

And, in figures released this week by Music Biz Consumer Insights and LOOP, internet radio is listened-to by only 15% of Americans and podcasts 6%; yet streaming internet radio is popular with 25-34 year-olds, with 29% of them listening at least once a week.

Cars are important to radio in some countries, but surprisingly not in others. Listening in a car only accounts for 20% of radio listening in the UK. In Norway, it accounts for 23% . In Australia, it’s 33% , while in the US it’s 4 4% . These figures are probably driven – sorry – by the relative sizes of the country, and the popularity of public transport. In Italy, for example, 60% of radio listening happens in the car.

So, as one respondent to Radioplayer’s research says, a radio in a car is “as vital as tyres and a steering wheel”.