LATEST NEWS
Home Out of Home Breaking down the barriers, Kasi-style

Breaking down the barriers, Kasi-style

Posted By: Lucinda Jordaanon: January 24, 2017In: Out of Home
Print Email 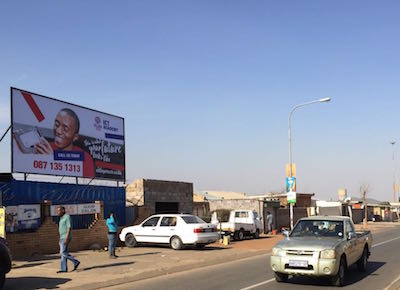 Small, localised media companies have an inside edge over their larger rivals when it comes to advertising in the townships – but they’re struggling to gain traction in a space dominated by conglomerates, writes Lucinda Jordaan.

South Africa is a country of  contrasts, and nowhere is this more evident than in our townships, where enterprise features almost as vividly as poverty. The entrepreneurial spirit is strong, with any possible need or service sprouting an industry, even if only informally.

With half of South Africa’s urban population living in townships and informal settlements, according to a 2014 World Bank report, our townships boast a wealth of resources and resourcefulness – despite a 60% unemployment rate. Rapid urbanisation and government and commercial investment programmes in the townships by way of shopping centres and malls, hospitals and transport terminals have all boosted the growth of the OOH sector in the townships which, in 2014, accounted for consumer spend of a whopping R4.2-billion.

Media owners have long been tapping into that, and competition for ad space is fierce, with billboards, building wraps, street pole ads and bus shelters considered prime property. The bigger media owners dominate the landscape, with the bulk of sites owned by conglomerates with decades of experience. For smaller, emerging media players, the struggle for placement is real.

“The small OOH companies are slowly penetrating the townships but are not yet dominant – and many are not sustainable for various reasons,” says Lebona Moleli, CEO of Joburg-based company The Marketing Kraal.

Smaller media companies are battling to break into the space and often fizzle out within a year or two, agrees Daniel Thebe of Cape Town-based Isidima Brands. “The reality is that the OOH sector is principally made up of conglomerates pre-1994 – and those dominant media owners are now starting to merge, buying each other out instead of buying into the smaller, new companies, thus making it harder for emerging media owners,” he says.

The result, say those in the know, is that despite exhaustive studies and reports, the townships are cluttered with FMCG, communication ads and government campaigns in high LSM areas and prime sites, contrasting starkly with vacant or ill-maintained sites – or content that is not best placed for the desired reach. “With such strong competition for space, the value of advertisement is not always realised by the client,” notes Moleli. 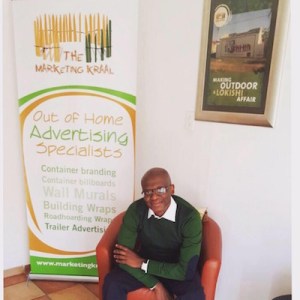 Marketing in the township needs to be more engaging and interactive to achieve the required outcome and ROI, adds Rochelle Josiah, chairperson of the Talis Group, which holds several subsidiaries including a media agency. “Media owners need to have a more in-depth understanding of the township market and economy, their values and their aspirations. For example, branding a container that serves as a canteen at a school along with a billboard within the community that the school serves carries far greater value than just a billboard. The same can be said for activations at the taxi ranks during commuter travel times – activations that have a degree of education linking to the brand ad on a billboard are far more effective and engaging with the brand.” 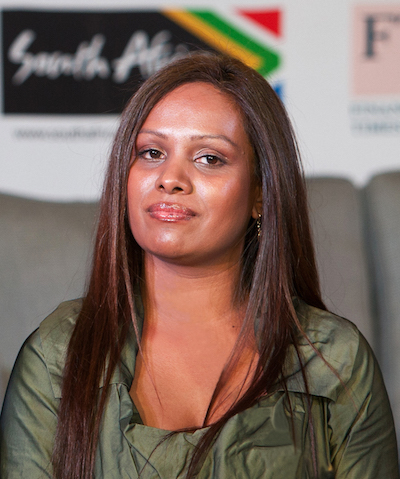 Container branding is one of the innovative, enterprising methods used by independent media players who made their mark by spotting a gap in the market and turning existing spaces into viable sites. Wall murals, containers, and taxis are where most smaller media owners are making an impact. According to Arrive Alive, the R40-billion a year industry occupies 65% of the public transport system, with 250 000 minibuses on South Africa’s roads carrying up to 15 million people per day – and savvy marketers have been using transit ads and OOH to entrench their brands to township residents and commuters, with benefits to all parties.

Owners of taxis, walls and containers where branding is applied receive a percentage fee for carrying the ad and this, says Thebe, is where OOH can have a positive impact for brands, agencies and communities alike. 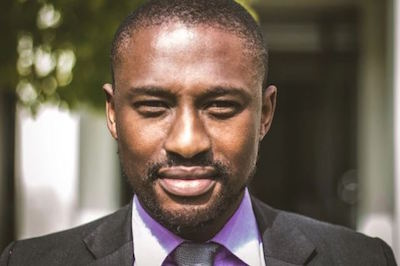 “I think media owners are operating quite carelessly,” he says. “They have a responsibility to the community where the billboards are based as much as they have to their clients and their brands. It’s unsustainable and unthinkable that someone could be making millions from a site while landowners get zero; we have a responsibility to uplift those people.”

Clearly, OOH advertising in South Africa’s townships requires innovative thinking that fits and complements the environment, with ads and activations that tap into and resonate with the evolving, challenging and contrasting aspects of life in the townships. Small and emerging media companies are ideally placed to offer just that. And the OOH sector faces various challenges, from illegal sites and a lack of strict regulation to differing municipal bylaws. But with a measurable ROI on the cards, transformation in talks, and digital activations adding further innovations to the way messages are brought home to consumers, opportunities still abound for emerging media players.

“While discussions around transformation were initiated to cause a paradigm shift within this sector, we need to rally emerging OOH companies to form partnerships and work on implementable plans that will realise this required transformation,” says Josiah. “Partnerships will allow emerging OOH companies to gain greater market share, and traction in order to remain competitive in this environment.

Isidima Brands’ survival is largely due to forming partnerships, says Thebe. “The only reason we were able to ‘sneak in’ through the barrier was by teaming up with conglomerates instead of seeing them as competition. Our strength was to diversify and expand beyond Cape Town. Media owners should differentiate themselves by having a large portfolio of sites. Emerging media owners shouldn’t try to emulate Primedia; rather have one or two billboards, customise them to provide exceptional ROI for the business, the client and the brand, and rather have 50 sites than 250 – the rest will follow.” 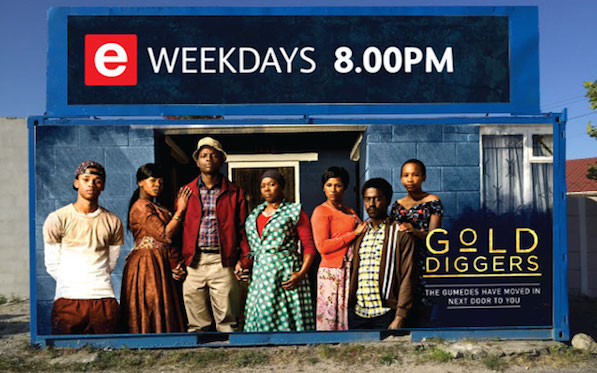