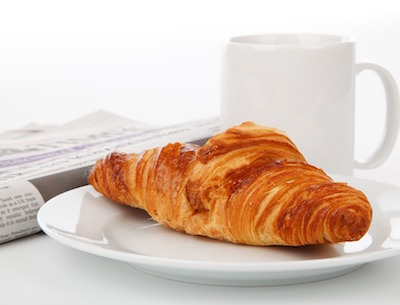 Sundays are a time of rest and relaxation and people spend more time with their Sunday newspaper as they are in a receptive frame of mind, savouring and catching up with the week’s news during leisure time.

Sunday newspapers have the scope for in-depth analysis and opinion on the happenings of the week. During the work week the imperative is to catch up on current events as efficiently as possible and this often involves scan reading to scour for relevant facts and updates. Sundays provide the time to absorb and understand the full-story and they also provide an opportunity for people to focus on areas of interest that they may not have time to read about during a busy work week.

Readers in the UK spend 1h20min on the Sunday paper

“The results from the IPA Touchpoints 6 survey show the importance of the Sunday newspaper in the UK. Readers spend an hour and 20 minutes reading the Sunday edition,” states an article on the Print Power website.

“In the UK, readers are devoting well over an hour reading their print newspaper, with men spending even more time: 74 minutes vs 70 minutes for women. These results are yet another sign of the continuous popularity of newspapers,” continues the article, “Sunday newspapers hold the attention of readers for even longer, even during the week. People are reading the Sunday newspaper during the week and they will spend another 49 minutes.”

Not only do people spend considerable time with the print version of their newspaper, but time spent reading newspapers online has increased. In the UK the time spent reading newspapers on a tablet has increased from 45 minutes to 51 minutes a day, 49 minutes on desktop and 46 minutes on mobile (all data for adults from the IPA survey). “Young people (18-34 years) have a different usage pattern as they spend 45 minutes reading the print version, 52 on a desktop and 46 minutes on a mobile device.”

Americans don’t always realise that they are reading newspapers

Sometimes people who are reading news online during the week do not even realise that they have visited a newspaper’s site, however, on a Sunday, when time is especially set aside to read the Sunday paper, no-matter the platform, the newspaper brand and editorial integrity plays a central role.

“Looking at newspaper subscribers as the only readers of newspaper content misses an important part of the story. The share of newspaper readers who report reading a newspaper in digital form, or who have digital subscriptions, is not the same as the share of Americans more broadly who come across individual stories hosted on a newspaper’s website as they surf the web,” states an article on Pew Research Centre’s website.

“It does not include everyone who lands upon a newspaper website while searching for news information or following a link from an email or social networking post. These consumers of individual bits of information may not remember having read a newspaper, or have even realised that they did.”

The Irish are avid newspaper readers

It is yet undetermined whether there is a correlation between the high newspaper consumption habits in Ireland and the fact that they are still part of the EU and that their citizens would have been unlikely to have voted for Brexit or Trump, but the stats are nonetheless interesting – 80% of Irish adults are regular newspaper readers.

“Ireland enjoys one of the highest readership levels in Europe and people spend more time reading their newspapers. Three out of four 19-24 year olds read newspapers regularly. Newspapers have again been confirmed as the go-to medium for people seeking in-depth news and analysis,” states an article on the Newsbrand Ireland website.

“With 4 out of 10 people spending more than 3 hours per week reading newspapers, the figures provide evidence that newspaper readers are more attentive and less likely to be distracted than users of other media. Furthermore, the figures demonstrate that a large quantity of people read newspapers regularly: according to the JNRS almost 8 out of 10 adults (79.8%) are regular newspaper readers, with 6 out of 10 regularly reading a Sunday newspaper and 1 in 2 adults reading a newspaper on a daily basis,” it continues.

In the article, Frank Cullen of National Newspapers of Ireland (NNI) said, “Newspapers invest more in journalism than any other medium so it’s natural that more people come to us when they are looking for high quality, original news content. The figures also suggest that people who actively purchase a newspaper really take the time to read it. Our readers tend to spend quality time with their newspapers; they are relaxed, receptive and much more likely to absorb information – which is hugely important from an advertiser point of view.”

Back on home-ground we are devoted Sunday readers

South African’s love their Sunday newspapers. The numbers are evidence of this and even if only one newspaper group is considered, the power of the Sunday press is not in question. Ads24’s Sunday Community includes City Press, Rapport, Netwerk24, Sunday Sun and Son op Sondag and has a combined Cumulative Impact of 8.7 million across all these news platforms. This impact score or GRP can be immediately compared with television (TVRs). The Effective Reach opportunity of the Ads24 Sunday Community (reach at 1+) is 4.9 million and Duplicated Reach (reach at 3+) is 2.1 million.