LATEST NEWS
Home Broadcasting Cinema 2017: The year ahead in cinema 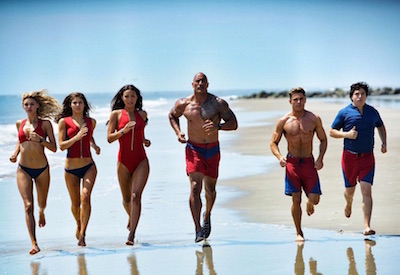 There have been some good films already released in 2017. Robert Zemeckis’ Allied, for example, is a compelling WWII espionage drama made in Zemeckis’ seamless style starring the equally seamless Brad Pitt and Marion Cotillard. The Edge of Seventeen and La La Land are far more interesting films. Both are structured around sweetly formulaic narratives – a fish out of water teen drama in the case of The Edge of Seventeen, and a bittersweet romantic musical in the case of La La Land – but the style of both films clashes with their narratives, to create a productively dissonant effect in the viewer.

The Edge of Seventeen – shot in Canada – is replete with bleak suburban images, shot in a subdued palette under grey light and overcast skies, with the feelgood story often at odds with the tone of the image. The frequent use of wide angle lenses in La La Land – which distort straight lines, creating an effect of disassociation for the viewer through their disruption of conventional perspective – similarly ground against its straightforward nostalgic narrative.

So what other movies are in store for 2017? Here are some of the ones to look forward to – or not.

Let’s start with some of the smaller films. Moonlight, a coming of age film about the life of a young, black man in a tough Miami neighbourhood looks like a searing drama – if a little overly “actorly.” It is a topical film, too, given the explosion of racial tension in the US over the last few years. A Dog’s Purpose, directed by Lasse Hallström – the excellent director behind The Cider House Rules (1999), The Shipping News (2001), and Hachi: A Dog’s Tale (2009) – follows the reincarnation of the spirit of a dog through various breeds, which is a sufficiently bizarre premise to draw my attention. The Red Turtle is a similarly low-key film about an animal – it follows the story of a shipwrecked man who befriends a giant red turtle.

Other low-key releases that look promising include Detour, the latest film from the British horror-thriller director Christopher Smith; Lost in London, written and directed by Woody Harrelson starring Willie Nelson and Owen Wilson (and, yes, Woody Harrelson); Get Out, a satiric horror film about black-white relations in the US; Table 19, the new comedy from the hit and miss Duplass brothers, featuring a wonderful premise – a table at a wedding for the guests everyone hoped wouldn’t come; Raw, a French-Belgian horror film about a vegetarian college student who becomes a cannibal; My Cousin Rachel, an adaptation of the Daphne du Maurier novel starring Rachel Weisz; and The Snowman, a crime thriller based on Jo Nesbø’s novel starring Michael Fassbender who, one suspects, will be as watchable as ever.

There are, of course, several big budget films coming out, some of which look good.

Kong: Skull Island, starring woman of the moment Brie Larson and man of the moment Tom Hiddleston – both first-rate actors – looks like the kind of spectacular film worth seeing on the big screen, as does the science fiction thriller Ghost in the Shell, the live action version of the cult anime that generated controversy through its casting of Scarlett Johannson in an Asian role. Guy Ritchie will probably approach the Round Table story in King Arthur: Legend of the Sword with his usual verve, given he is a master of (at least visually) arresting cinema.

The director and star of the razor-sharp thriller Unknown (2011) – Jaume Collet-Sera and Liam Neeson – reunite in The Commuter, another Neeson vehicle about a “regular” guy who becomes embroiled in a world of mystery and violence. Why not retread the same steps? The formula, virtually invented by British novelist John Buchan’s Richard Hannay novels, makes for pleasurable cinema. I’m likewise excited about The Coldest City, a spy thriller set in Berlin, and Free Fire, an action film from one of the best contemporary directors, Ben Wheatley (Kill List, A Field in England), starring Brie Larson again.

Two films based on Stephen King novels also look good – The Dark Tower with its fantasy-Western story, seems perfect for a large-scale adaptation, and It, about killer monster-clown Pennywise – one of King’s great novels – is finally being made for the big screen after its success as a TV miniseries in 1990.

Flatliners and Blade Runner 2049 – sequels that have been decades coming – both look like they may have been worth the wait. The follow up to Joel Schumacher’s grim film of 1990, Flatliners, is directed by Niels Arden Oplev (The Girl With the Dragon Tattoo) and features an appealing cast, including Nina Dobrev, Diego Luna and Ellen Page. Blade Runner 2049, starring Ryan Gosling and Harrison Ford, has generated a lot of hype. We’ll see if it lives up to it.

Comedies that may be of value include Baywatch – weirdly enough, made by critically acclaimed documentarian Seth Gordon. It will be mandatory viewing for everyone who watched (and loved) the 1990s TV show that quickly gained a reputation as the epitome of cheesy Los Angeles trash. Another Adam McKay/Will Ferrell pairing, The House, is based on a suitably absurd premise involving people down on their luck turning their house into a casino. Downsizing, starring Matt Damon and Kristen Wiig, and directed by Alexander Payne, is likewise based on a solid comedic premise – a husband and wife decide they will have a better life if they shrink themselves, but the wife pulls out after the husband has gone through with it.

2017 will see the release, as usual, of new entries in several blockbuster franchises. As expected, many of these look (and surely will be) unspeakably dull: is anyone really excited about another Pirates of the Carribean or Transformers film? Will Resident Evil: The Final Chapter really be the final chapter in a series that has only ever been worth watching for the (interesting) disconcerting effect poor film making can have on the viewer?

Spider-Man: Homecoming, Logan, War for the Planet of the Apes, Thor: Ragnarok and Star Wars: Episode VIII similarly promise little. If The Lego Movie (2014), one of the most ideologically repellent mainstream films of recent years, is anything to go by, then I’m not looking forward to the two (!) Lego films scheduled for release in 2017: The Lego Batman Movie and The Lego Ninjago Movie.

Fifty Shades of Grey was an uneven film. The first half was Hollywood at its delightful best, with beautiful stars making hackneyed dialogue seem electric, bringing an enchanting quality to material that is hokey in the extreme. The heightened first encounter between the business guru Christian Grey (Jamie Dornan), for example, and the suitably absurdly-named college student Anastasia Steele (Dakota Johnson), made for ecstatic viewing.

The sequel, however, promises a great deal. It is directed by James Foley, the truly superb filmmaker behind two late 20th century masterpieces At Close Range (1986) and Glengarry Glen Ross (1992). Foley’s detached, clinical style should fit the melodramatic aesthetic of the series perfectly, bringing a rigour and precision to the direction that was absent from the first film.

Other potentially exciting releases in major series include Fast & Furious 8 – the first since the death of Paul Walker, perhaps explaining surprises in the cast like Charlize Theron and Helen Mirren (!); Alien: Covenant, the sequel to Prometheus (2012); and Saw: Legacy, the eighth Saw film which only makes the “will see” list because it is helmed by virtuosic horror film makers, the Spierig Brothers (Undead 2003).

Those that don’t inspire confidence

At the same time, there are several films I’m looking forward to missing altogether.

Patriots Day, based on the Boston bombings of 2013, though made by a competent director (Peter Berg), and starring a more than competent actor (Mark Wahlberg) looks like thoroughly repellent, pro-American nationalist rubbish – what one would expect from the pairing behind Lone Survivor.

There is a great deal of excitement surrounding T2 Trainspotting, but, I’m sorry to say, I don’t share this. Danny Boyle has always been an at best ho-hum director – Shallow Grave (1994) was brilliant, Slumdog Millionaire (2008) embarrassingly bad – and I found the original Trainspotting (1996) film, labelled “edgy” by some, alternately pretentious and silly. Boyle has done nothing in the years since Trainspotting to make me think its sequel will be different.

I would similarly suggest avoiding the thriller Unforgettable – it stars Katherine Heigl, who is the top actor in Hollywood at picking bad films.

CHIPS, another film re-exploiting TV material that wasn’t great to begin with, doesn’t look very good. The Tupac biopic All Eyez on Me might have some enthused, but real life biographies seldom make good films (with some exceptions, for example, Auto-Focus) for the simple fact that “life” is usually not conducive to cinematic formula, with the result that biopics often seem uneven and dissatisfying.

Midnight Sun is another entry in the teenage-lovers-one-of-whom-is-sick genre that has (perversely) become so popular in recent years, though this one, starring Patrick Schwarzenegger, may have some value as a curio.

The new Jumanji, Fist Fight, The Great Wall, Tulip Fever, Wilson, Wonder Woman, The Mummy, Dunkirk, Victoria and Abdul and Justice League are similarly not inspiring much confidence in me.

The eagerly anticipated, regardless …

There are some films promising little that I am nonetheless eagerly anticipating.

Power Rangers will be worth seeing for the sheer weirdness. The toys weren’t very good, neither was the cartoon series, and the film of 1995 was woeful.

There’s every chance Sofia Coppola’s latest film, The Beguiled, will be a dud – but it will probably be an interesting dud nonetheless – and the same thing holds for the new film Logan Lucky from the un-retired Steven Soderbergh, who has directed some great films throughout his career, in addition to plenty of shockers.

Geostorm is Jerry Bruckheimer-produced, global warming, adventure-disaster nonsense, and Murder on the Orient Express, directed by Kenneth Branagh, will probably be the usual self-indulgent nonsense that Branagh tends to make, which is, after all, rather enjoyable.