Friday briefs: Big Cat Month coming up, what the ROAD survey found, an Absolut hoot in a booth 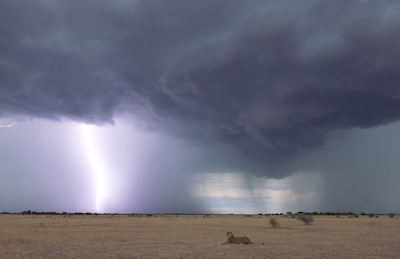 
A roaring month for big cats on Nat Geo WILD. The ROAD less travelled – what an OMC survey shows. Coolest Gen Next awards yet? ABSOLUT Vodka video booth an absolute hit at MTV Africa Awards. Calling all renovators: Enter now for Fix It With Flair 2017

A roaring month for big cats on Nat Geo WILD

In March 2017, Nat Geo WILD presents BIG CAT MONTH, turning the spotlight on nature’s most iconic big cat species. The ferocious lineup includes Battle for the Pride, featuring a pride in Botswana, home to some of the largest male lions on the planet, as they fight for survival. For the young cubs to make it to adulthood they must overcome many dangers, from buffalo to wild dogs to other lions. Find out what it takes for a cub to become a lion king.

In this year’s BIG CAT MONTH, National Geographic explorers-in-residence and renowned filmmakers Beverly and Dereck Joubert present Soul of the Cat, in which they explore the deep connections and parallels between domestic cats and big cats. From pet tabbies to great lions, cats of all sizes are natural-born killers.

Other premieres include Ultimate Rivals: Cat v. Dog, which reveals the tumultuous relationship between big cats and wild dogs in Africa, as they compete for territory and prey. Storm Cats follows the lives of two generations of big cats — lions and cheetahs — during the fleeting wet season in arid Botswana. Then, Return of the Lion takes you on journey to Rwanda’s Akagera National Park as the first lions are reintroduced to the park since the population was wiped out by civil war in the 1990s.

BIG CAT MONTH is an extension of the Big Cats Initiative, a long-term commitment by the National Geographic Society to stop poaching, save habitat and sound the call that big steps are needed to save big cats around the world. For more information on the Big Cats Initiative and how you can get involved, visit causeanuproar.com.

The ROAD less travelled – what an OMC survey shows

People living in Johannesburg travel wide and far with varied distances to reach their many destinations. They also live in pockets of communities of higher or lower density. What they have in common is that they are all exposed to roadside billboards, either travelling extensive distances or just moving around within their own communities.

The ROAD survey, conducted by the Out of Home Measurement Council, allows one to assess different areas more creatively armed now with facts and no longer hunches and gut feel.

So what does a comparison between William Nicol Drive with Soweto show, for example?

There are around 130 sites* on William Nicol Drive. Collectively in a four-week period, all these sites give you a reach of 756 000 people living in Johannesburg with an opportunity of seeing the boards 140 million times. The cost per GRP for these sites is R2 176 and the cost per thousand is R57.09.

But … fewer boards in Soweto will give you greater reach far more cost effectively. People living in Soweto commute outside of the area and also move around extensively within the area. There are around 69 sites* in Soweto. Collectively in a four-week period these sites will reach 1.6 million people living in Johannesburg with the opportunity of seeing the boards 161 million times. The cost per GRP of these boards is R433.95 with a cost per thousand of R11.38.

*Number of sites of participating media owners within the ROAD survey 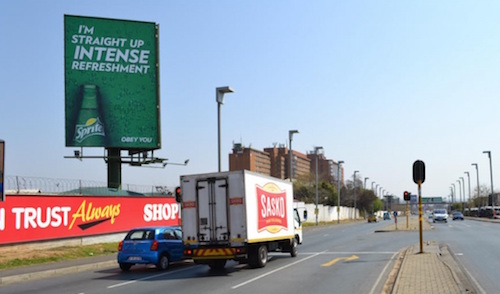 VIP guests arriving on the red carpet at the MTV Africa Music Awards were given the opportunity to star in their very own 30-second music video. Courtesy co-sponsor ABSOLUT Vodka joined forces with lead agency Enterprise Republic and Moving Tactics Digital Impact to create this one of a kind experience. VIPs were ushered through a quick web-based registration process at a 21-inch touchscreen before heading into a custom-built video booth kitted out with surround sound and flashing LED fluorescent lighting.

Under the watchful eye of a professional director and cameraman, the guests were encouraged to express their best dance moves while they were recorded in HD video. The video booth proved to be a great success and was incredibly popular with more than 400 guests who took part in the action.

Andy Higginbotham, creative director at Moving Tactics Digital Impact, says, “The Moving Tactics Digital Impact team designed, created and delivered both the hardware and software elements for the activation, which included the custom set design and build, lighting and hardware integration as well as the registration and distribution software, directing, filming and post-production deliverables.” 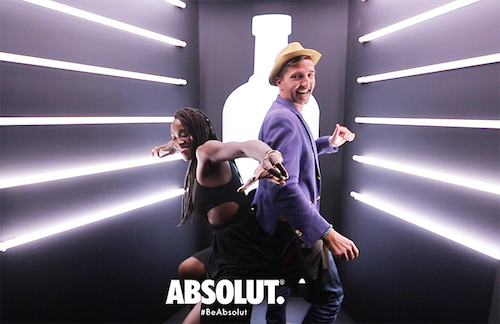 Coolest Gen Next awards yet?

The annual Sunday Times Generation Next Youth survey, in association with HDI Youth Marketeers, is now in its thirteenth year and set to experience some exciting changes as it enters adolescence. The changes include the addition of eight new categories to reward consumer brands that have found favour with South African youths aged 8 to 22 years. The new survey inclusions are Coolest yoghurt, Coolest mode of transport, Coolest ice cream, Coolest stationery brand, Coolest stationery store, Coolest spread or sauce, and Coolest footwear store.

Since 2004, Times Media has commissioned HDI Youth Marketeers to conduct the Sunday Times Generation Next Survey which polls youths across more than 70 categories, to quantify their perception of brands, products, and celebrity.

“The Sunday Times Generation Next survey delivers exceptional research on the brand preferences of today’s youth, and tomorrow’s consumers. It represents an ideal opportunity for marketers to gauge their brand initiatives, and action changes to keep their competitors on their toes,” says Taryn Westoby, head of Times Media Events

The Sunday Times Generation Next Youth Marketing Conference, Interactive Showcase, and Awards ceremony will take place at the Sandton Convention Centre on 11 May 2017. Adidas, BOUNCE and Maybelline have already confirmed their partnerships for 2017.

Calling all renovators: Enter now for Fix It With Flair 2017

Fix it with Flair, the annual renovations competition from SA’s bestselling home and garden magazine Tuis | Home, is in full swing and keen renovators with a passion for home improvement and an eye for all things beautiful – and budget-friendly – are invited to enter now.

Sponsored by BUCO (formerly Pennypinchers) and Timbercity, the competition is in its ninth year, offering readers the opportunity to share their tips and tricks, as well as showcase their makeovers. It’s an exciting challenge for innovative homemakers – those who aren’t afraid of getting their hands dirty! You can enter anything from a complete home makeover to a single-room project.

The new, improved mobisite makes it easier than ever to enter: simply go to fixit.tuis.co.za and follow the steps.

All projects entered should have been completed within the past three years and at least 50% of the work must have been done by the homeowner.

Jacaranda FM has scored a world first in radio using a billboard to tell a live love story, lip synced by actors to the station’s on air music playlist during the breakfast show.

The interactive story, dubbed “the greatest love story never told”, was determined by the station’s listeners who got to choose not only the characters, but how the story unfolded, and whether the couple fell in love… or not.

Check out the video below!