How Blackmotion lights up our screens 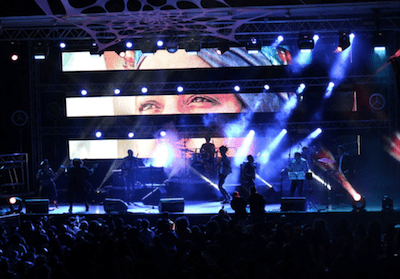 Kagiso Masemene made a career out of his passion for playing with light, founded Blackmotion with zero equipment and today oversees an inventory of over R10 million.

Lucky Dube has left more than a strong local music legacy: He’s also, by default, influenced South Africa’s audiovisual and lighting industry. When Kagiso Moima Wa Masemene founded Blackmotion, a lighting, audio visual, and rental company, 12 years ago, he was following a vision that had ignited his career path from the moment he shared a stage with the slain reggae icon.

“When I was 13, my mother took me to a concert – actually, she sneaked me in as I was underage. I got lost and found myself on stage, where they made the announcement. Lucky Dube was about to perform. I looked at him and he looked at me with eyes that said ‘everything’s gonna be alright’. But what appealed most to me was this beautiful red light falling on his dreadlocks. My primary aim was to find where it was coming from; for me, that light was destiny. I could not sing, I could not grow any dreadlocks, but I knew that I had to do something in that industry.”

Today, he’s a bit of a force in the industry. In December, Blackmotion ended 2016 as the first audio visual and lighting company in South Africa to purchase 16 Robin 300 Plus LED Wash fixtures, 12 Clay Paky Mythos, and eight Robin Spikies. The company is renowned for its state-of-the-art acquisitions, and these in particular, says Masemene, were meant to up the ante on TV shows the company had signed, including SABC’s new show Raw Silk and the sixth season of Fanbase.

But what appealed most to me was this beautiful red light falling on his [Lucky Dube’s] dreadlocks. My primary aim was to find where it was coming from; for me, that light was destiny. I could not sing, I could not grow any dreadlocks, but I knew that I had to do something in that industry…

“We want to design TV lighting that is award-winning,” he affirms. “We’re constantly looking at upping our game – innovation leads us to new, groundbreaking way of delivering lighting quality.”

Strategic investments, a core philosophy of constantly striving to improve offerings and capabilities and an intrinsic passion for playing with light – “It’s beautiful what it can do…” – is what sets Blackmotion apart and assured its growth even when the industry was suffering.

“When I first started in the industry (as a student intern in 1999), a lot of companies were lighting, audio, and stage specialists. Then in the mid-2000s, everybody started integrating all elements of live events – which I believe took from their strong points, their core business… I don’t subscribe to the concept of a one-stop shop. It follows that saying: ‘Jack of all trades, master of none’.

I thought, “hell, no: ‘Blackmotion will be a lighting consulting firm’. Anything to do with lighting, you come to us. Clients may save time by going to one-stop company – but if something breaks and you don’t have the right person to fix it, your event is ruined. I tried the one-stop shop; it never worked. Our resources, expertise, money and time is spent around the business model of lighting. Our core focus is on creating memorable experiences around light.”

If anyone knows how to do this, it’s Masemene.

Urban only had three studios, so we had to rig a new set, shoot it, de-rig, shoot again. That gave me the opportunity to refine my lighting knowledge, application, design, understanding shadows… all the basic fundamentals of TV lighting.

While majoring in lighting, sound and stage technology at the Tshwane University of Technology’s performing arts faculty he started working for Gearhouse, rigging festivals such as Aardklop and the KKKNK, and volunteering his audiovisuals services at church.

His dedication paid off: By the time he graduated, he’d already made a name for himself, and after a two-month internship at MJ Lights (now MJ Events Gear) he moved on to Urban Brew Studios.

“That was basically the birth of BlackMotion,” affirms Masemene. “It was my training ground – a lot of programmes were commissioned by SABC at the time – Noeleen Maholwana-Sangqu’s 3Talk; the national lottery had just been given a license… The industry has never been regulated, so we worked too many hours on too many shows: Urban only had three studios, so we had to rig a new set, shoot it, de-rig, shoot again. That gave me the opportunity to refine my lighting knowledge, application, design, understanding shadows… all the basic fundamentals of TV lighting.”

He enhanced this by joining Franz Marx Films, moving from game and talk shows to drama and quickly adapting to the different requirements. “The traditional treatment of soap, sitcom, drama is totally different to game shows – drama relies on static lights, no effects, for instance.”

With all that experience under his belt, setting up his own shop was the next logical step – Masemene did so with zero equipment. Today, Blackmotion boasts an inventory worth over R10 million.

“Once I’d started getting contracts and had productions signed, I set up a long-term rental agreement with Duncan Riley of DWR Distributors. I started with six lights; funny enough, I look back at productions I did with those six lights – one unit cost from R50 000 to R90 000 – and compare it now to using over 160 lights – and I still think that those shows looked much better. When you have to do much with little, it employs such creativity and technique.” 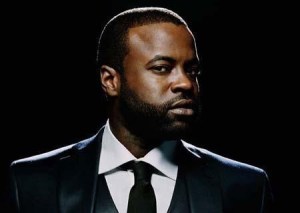