LATEST NEWS
Home Agencies Is your brand ready for the 30-hour media day?

Is your brand ready for the 30-hour media day? 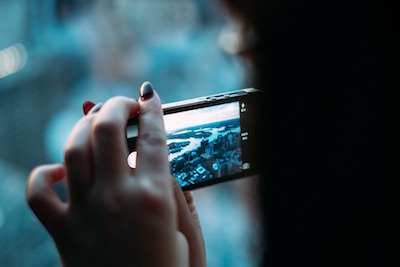 The world of media is changing at a rapid pace as consumers’ attention is fragmented across multiple channels and devices. This is not a new trend – people have been talking about it for 15 years or more – but it is accelerating as screen usage on mobile devices takes up more and more of our time.

According to We Are Social’s Digital in 2016 report, an average South African spends just under five hours a day online. He or she spends about as much time on social media as watching television – and it’s safe to say that this average consumer is often doing both at the same time. This trend hasn’t peaked yet – if anything, it’s going to speed up over the next five years.

In future, that might mean that we’re consuming 30 hours screen time as we multitask across devices. Already we’re seeing the lines blur between what we used to think of as analogue media (television, radio and print) and digital media. Television, for example, is rapidly becoming a digital over-the-top service rather than a separate analogue silo.

With fibre’s tendrils reaching more and more homes in South Africa, we may be surprised in five years just how many people there are across the country who favour Netflix, ShowMax or Amazon Prime over satellite television. And though the lounge TV will still be there, we’ll see people consuming more media on their personal devices.

The rise of OTT

This shift towards OTT services will have some interesting implications for brands since most subscription streaming services are currently ad-free. We could see strategies such as product placement or native programming become a more important part of the marketing mix, for example. Some South African brands have embraced advertising programming with great success.

On the international front, we’re seeing brands boost the production value of their ads – hiring Hollywood directors – and making them the sort of story-driven content that people will want to consume and share. Clothing brand, H&M, achieved acclaim for a Christmas 2016 ad directed by Wes Anderson and starring Adrien Brody.

But even as television fragments and moves to OTT, advertisers also need to look at the pace of change in other media. Radio is still growing in South Africa, despite the rise of OTT music streaming services and the challenges the print market is facing. The new Broadcast Research Council of South Africa’s Radio Audience Measurement (BRC RAM) currency indicates that old-fashioned radio still commands a great deal of audience loyalty. The morning and evening commutes are still the peak times, but people are listening throughout the day.

Regional radio and the sense of community

Regional radio, with its sense of community and its information relevant to the listener’s context, is doing especially well. Through social media, SMS and old-fashioned call-ins, radio remains an immediate and highly interactive medium. What’s more, by offering podcasts, streaming and social media content, most radio stations are doing a good job of extending themselves into the digital realm.

So, what does this mean for brands and marketers?

The first point is that with consumers using multiple devices and media – whether sequentially or simultaneously – brands face more difficulty getting their undivided attention. That makes it important to maximise points of contact with consumers. For example, coordinating radio, TV and digital campaigns will help brands increase their opportunities to reach consumers and to reinforce their messages.

Secondly, brands should make sure that they are capitalising on the moments where they have a captive audience – such as the work commute when they are listening to the radio.

Finally, it’s important for brands and agencies to work with media partners who can offer them advice and solutions that cut across channels. Brands should think about their marketing and advertising in a more integrated and holistic manner. Rather than allocating spend to print, PR, TV, outdoor and radio, and measuring them separately, they must regard them as a connected fabric that makes up the customer experience. Today’s media sales houses cannot sell only one channel – they need to offer integrated solutions to their clients.