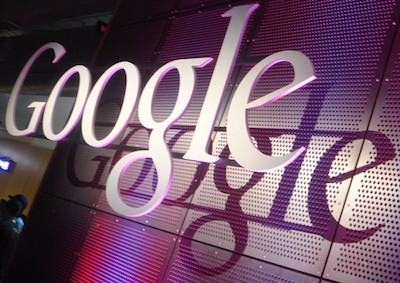 Leading brands are boycotting advertising services on Google’s YouTube after their ads were placed alongside content they deemed inappropriate and – even worse – were charged for the privilege.

The long list includes household names such as Starbucks, Pepsi, Walmart, Tesco, the BBC and the UK government. Some have even suggested that they may have inadvertently sponsored extremist and hateful groups to the tune of more than £250,000.

To understand how, it’s helpful to recall how Google services such as YouTube work. When we watch a video clip we may see ads and we often skip them. But for Google the ad is the important thing – something like 90% of its revenue comes from selling ads. When an ad is placed around a YouTube video, Google charges the advertiser and shares some of the revenue with the user who posted the video. Vloggers such as Zoella make a pretty penny from this. Google’s targeting technologies can allow advertisers to place their ads around specific types of videos or present them to specific groups of viewers.

So what’s the problem? Surely it is acceptable for brands to choose which content they sponsor? Isn’t this what happens on traditional media? Given that brands can target their ads already perhaps something else is going on.

Brands certainly have the right to demand which content their ads appear alongside. On traditional media, a brand might not want its ads placed alongside a report about a terror campaign, for example. But it is not considered acceptable for them to say that the newspaper shouldn’t report such events at all. To get around this, traditional media companies separate news and information operations from advertising operations.

The problem with services like Google and other social media platforms is that such organisational firewalls don’t exist. As a result, there are potential hidden biases that can come about when advertisers insist that content matches their “company values”. Ironically enough, this problem is spelled out pretty well in a 1998 paper by Google’s founders Sergey Brin and Larry Page.

They wrote that the “goals of the advertising business model do not always correspond to providing quality search to users”. The example they cited from a prototype version of Google saw a search for mobile phones pull up a study which went into detail about the risks of speaking on a phone while driving. They concluded that a search engine company which was taking money for mobile phone ads would struggle to justify that kind of search result to paying advertisers. Brin and Page concluded that:

Advertising funded search engines will be inherently biased towards the advertisers and away from the needs of the consumers.

That belief underpins why Google search separates out advertising sponsored links from organic search results. On YouTube, however, responsibility for the content of videos and the placement of ads is delegated onto viewers, users and brands through its terms of service and advertising policies.

Indeed, from my analysis of 45 published cases by the UK’s Advertising Standards Authority that involved YouTube, there were 44 in which YouTube responded that users, viewers and brands were responsible for the ads people saw on the service – not them. In just a single case, did YouTube accept that an ad should be taken down following a complaint to the ASA.

So, one way of looking at the current boycott is that’s it’s a case of brands pushing responsibility for content and placement back onto Google/YouTube who, up to now, have been very successful in passing this responsibility onto brands and user.

There is another way of looking at it, and that is as an indirect way for brands to claim more power over the type of content that people can share online. If Google has to “weed out extremist views” (as politicians such as Yvette Cooper have requested), it has to define what is extremist.

The problem here is that Google’s approach to consulting with other institutions about how it operates is often spiky – as their engagement with the ASA illustrates. If they only listen to what brands want, it leaves them very susceptible to the types of insidious biases that Brin and Page spoke about in their 1998 paper: see its definition of “advertiser-friendly content”. Might they start to direct viewers towards advertising-friendly content? They could, for example, push other content down their search results and recommended video lists.

So what does Google do next in the stand off with the big brands? Chief Business Officer Philip Schindler told Bloomberg that the firm has improved its ability to flag offending videos and immediately disable ads. He also revealed that giant health products firm, Johnson & Johnson, has rolled back its boycott in some major markets. More broadly though, the solution is for Google to be far more transparent and engaged in the societies in which it operates. It needs to respond to brands and consumers but other social institutions as well. We all have to decide what is acceptable, not an algorithm, brands, politicians or individual YouTube viewers.