The Media Online’s weekly round up of moves in media. Top executives from Clear Channel and JCDecaux join FEPE International Board. C1X brings Gokul Rajaram on its advisor board. The One Club for Creativity names Michael O’Rourke as executive director of ADC Awards and programming. Independent Online signs with Lotame. IAS flies the SA flag again as it attends the Ad Forum Worldwide Summit. New LED for Witkoppen Road. The Newsroom rolls out self-service ad platform for South Africa. SchoolMedia embarks on project to share SA history with our youth

FEPE International, the global out of home advertising association, has elected two new members to its board.

Philippe Baudillon will be the Clear Channel representative and Daniel Hofer, who is rejoining the board, is from JCDecaux, in place of Karl Javurek of Gewista in Austria, who is retiring. 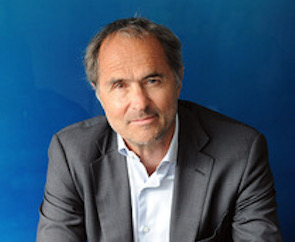 “Due to societal and digital transformation, consumers’ habits are changing permanently. Out-of-home must adapt by developing its expertise on outdoor matters and its savoir-faire in terms of data, DOOH and efficiency measures. This is why I am honoured and pleased to join FEPE, to share French innovation on these topics and contribute to the future of OOH,” said Baudillon.

Baudillon and Hofer will be formally appointed at the 58th FEPE International Congress to be held in Stockholm from June 7-9. 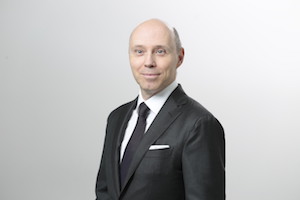 C1X brings Gokul Rajaram on its advisor board

Silicon Valley based advertising and marketing technology (AMT) leader C1X (Class One Exchange) has roped in Gokul Rajaram as its advisor.

Rajaram is often addressed as the ‘The Godfather of Adsense’ due to his key role in the early success of one of Google’s most profitable products. Since leaving Google in 2007, he has founded (and sold) his own startup, Chai Labs, led ad-product strategy at Facebook and joined Square to help the San Francisco-based company revolutionise the world of commerce.

“I’m very excited to help the C1X team build an impactful product and company that transforms the world of advertising. I love C1X’s mission to reduce waste and inefficiency from the entire advertising process. The integrated platform is a huge step towards that, and I’d like to constantly push C1X towards keeping the inspiring mission top of mind in every product and business decision,” Rajaram said.

C1X is an independent Advertising and Marketing Technology (AMT) leader that helps brands and their agencies find difficult-to-source audiences directly and transparently from leading premium publishers. Its data-driven digital advertising platform facilitates a friction-free marketplace for both publishers and advertisers with easy to execute direct connections, delivering industry-leading visibility and view ability. The C1X Platform offers an Audience Guarantee approach to provide buyers and sellers smooth participation in private marketplaces without having to rely on Deal IDs. 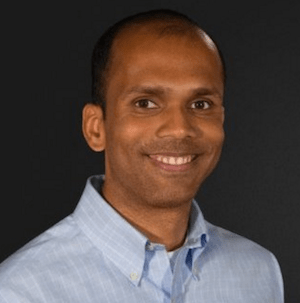 The One Club for Creativity, the world’s foremost non-profit organization devoted to elevating creative work in all aspects of advertising and design, today announced the appointment of Michael O’Rourke as executive director in charge of the ADC Awards and programming.

He will oversee all ADC Awards programming and growth on a global level as the prestigious 96-year old organisation expands its progressive remit in its first year under recently formed The One Club for Creativity (TOCC) umbrella organisation.

“Michael’s background, deep industry knowledge and enthusiasm make him the ideal fit to lead the ADC Awards into the next phase of its evolution,” said Kevin Swanepoel, chief executive officer of The One Club.  “His vision is in sync with the program’s progressive mission, and we look forward to the inspiring initiatives he’ll lead.”

In an African first, Independent Online (IOL) has signed with the world’s largest independent data management platform, Lotame. Initiated and facilitated by Lotame’s official reseller in Africa, Mark1 Media, IOL will now be able to know more about their audience than ever before.

User behaviour, interests and online journeys will enrich their offering not only to their readers but to advertisers too. IOL’s first-party data coupled with the third-party data available on the Lotame Data Exchange (LDX) means that they can target audiences far beyond their own inventory. The LDX allows IOL to gain more knowledge about their own users and expand it by seeking out lookalike audiences from across the Internet. Through Lotame, IOL’s audience data can also now be bought by advertisers programmatically or through direct deals.

This groundbreaking development will lead to growth in the South African digital industry as we move ever closer to the ‘segment of one’, a concept which encapsulates the idea that in future, we will only see content that is relevant to us specifically. This means that advertising will no longer be a nuisance, but highly targeted and useful to the consumer. Brands and advertisers will cut down on wasted ad spend and communicate directly with users more likely to convert.

SchoolMedia embarks on project to share SA history with our youth

SchoolMedia has joined forces with the Castle of Good Hope to work on an inspiring project for the youth and the public as a whole in an attempt to educate and inspire the youth to develop an interest in their history.  The Castle of Good Hope is situated in Cape Town and has rich history of a building that is so much more than just a military fortress.

Khethi Ngwenya, managing director of SchoolMedia, made a proposal to the Castle of Good Hope, illustrating how a small idea could aim to be so much bigger.  SchoolMedia developed a timeline on the wall to show the different events that took place at the Castle of Good Hope through the 350 years.  This makes the learning experience for school kids fun and easy because timelines are creative tools by which students can track and remember historical events.  The timeline is currently being painted on the walls of different schools across the country.

The next phase of the project will see the Minister of Defence effectively launching the project followed by dialogue sessions where the youth and the public will come together in discussion, as well as national competitions where the youth will challenge each other to see what they have learned from this project.  Other partners that are involved are the Department of Defence, the Castle of Good Hope as well as the Department of Basic Education.  This project will be included as part of the history curriculum at schools.

Zee TV is once again partnering with the Gandhi Walk 2017.  This 32nd historic annual initiative will be taking place on Sunday, 23 April in Lenasia, Johannesburg.

This year it marks a huge milestone for Zee TV Africa partnering with a worthy cause. In keeping with its theme of good health, qualified personnel from Lenmed Health Ahmed Kathrada Private Hospital will be on site to offer the public free medical tests: checking their cholesterol, blood pressure and blood sugar.

The Gandhi Walk initiative recognises and supports organisations and individuals who have made a difference to the community at large. Over the last three decades, the walk has created a platform for nation building and proven to be a great day out for the whole family to enjoy and socialise.

“The Gandhi Walk is an event that is very close to the heart of Zee TV.  We launched our channel on 2 October 1992 in India and then launched the channel 4 years later on 2 October 1996 in Africa and there is no coincidence that these dates are in keeping with the Gandhi Jayanti. This year the Gandhi Walk will be bigger and better than ever before and we at Zee Africa are very excited to see all our viewers supporting this worthy cause,” said CEO of Zee TV Africa, Harish Goyal.

The Newsroom rolls out self-service ad platform for South Africa

The Newsroom, a native ad platform, has opened up the self-service option for any small or medium business looking to advertise, on a pay-per-click basis.

Over 200 million native ad impressions from publishing groups like Times Media, Mail & Guardian or IOL will be made available for purchase by any marketer or business owner looking to engage their target audiences across South Africa’s most premium inventory.

The 2017 AdForum Worldwide summit promises to place the Independent Agency Search & Selection Company (IAS) at the forefront of global issues facing the marketing, communication and advertising industry and the complex world of agency selection.

The 2017 AdForum summit will take place in New York between 24th and 28th April 2017 covering a series of intricate industry related issues, challenges, and trends in the international world of advertising and communications.

“For the first time in several years, at least two of the global CEOs we will be meeting are women – this at least is a step forward for the industry,” saidJohanna McDowell, CEO of the IAS.

“As always, the week will be choc-a-bloc with news and excitement – and will provide the IAS with enough new material and insights to advise marketers and agencies in South Africa for the next 12 months as a minimum,” she said. SCOPEN Africa will also be represented by McDowell at the Summit along with other Scopen colleagues from around the world.

The AdForum summit is a “by invitation only” event that will see global industry consultants, international network and independent agencies come together and share experiences which will shape the industry into the future.

Primedia Outdoor have added a new LED to their Urban Digital Network. Situated in Paulshof on Witkoppen Road, the site boasts a reach of 82 293 and 572 279 impacts in an average month (ROAD, 2015). This site is perfectly positioned to reach the higher income groups and economically active end of the market, with 56% of audiences falling into an LSM of 8 – 10. Of these, 62% are working (with 59% working full time). Over the course of a four week period, people are likely to see an advertisement on the LED seven times on average.

The Witkoppen LED is the latest addition to Primedia Outdoor’s Urban LED Network, all of which feature high resolution digital LED screens of various sizes (most of them are 32sqm). All nine LEDs are located on key main arterials in the central metropolises of Johannesburg, Pretoria and Cape Town.

Visual analytics company Qlik has announced that the company is expecting a record number of attendees to be on hand for Qonnections 2017, its worldwide user and partner conference, being held May 15-18 at The Gaylord Palms Resort & Convention Center in Orlando, Florida. The conference brings together Qlik customers, partners, and data enthusiasts to help users better capitalise on data to transform their organisations.

Qonnections 2017 is being headlined by Jason Silva, the Emmy-nominated host of National Geographic’s Brain Games. In addition, Jake Porway, Founder of DataKind and former New York Times Data Scientist, will discuss how humanity can benefit from the gains of big data. Featured speakers include a customer panel moderated by R “Ray” Wang and best practices from visualisation specialists Alberto Cairo and Randy Olson, with hundreds of customer and partner presenters from companies like T. Rowe Price, Raymond James, KitchenAid, and Virgin Mobile MEA.