More than just a movie, it’s a cinema experience 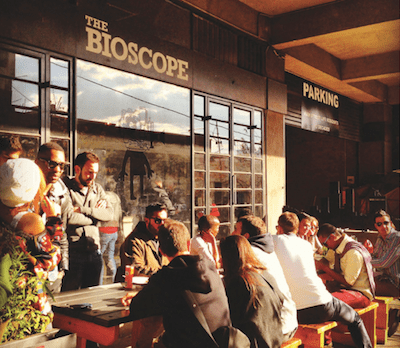 Cinema has come a long way from the days of drive-ins and it is largely due to innovations of new product offerings. With the rise of video on demand (VOD), now more than ever before, cinemas have to step up their game.

Ster-Kinekor and Nu Metro are the two mainstream cinema groups in South Africa and both are constantly introducing new offerings to drive growth of customers. Both groups seem to reflect the same mindset; compelling content delivered on various platforms with added benefits will enhance the consumers’ cinema experience, which will keep them coming back. It is no longer simply just a movie; it is now a complete interactive, immersive, engaging, often-luxurious cinema experience.

Chief of marketing and sales for Ster-Kinekor Theatres, Motheo Matsau, explains. “For Ster-Kinekor, it is always about responding to the needs of our customers ‘on their own terms’ … For us to sustain the existing levels of growth in cinema as a category, our focus continually needs to be on how to innovate further around the premiumisation of the entertainment experience by focusing on how to package and promote local content in particular, across multiple platforms. This is where content and experience will have the most significant impact.”

Ster-Kinekor is also pushing its product innovations, both technologically and in format, with IMAX (both 2D and 3D) making movies come alive to audiences and Cine Prestige, offering luxury, comfort and convenience. Ster-Kinekor also boasts Cinema Nouveau, which gives movie-goers alternative and art-house content, including foreign language films. Both Nu Metro and Ster-Kinekor continuously push specials through their rewards programmes and host themed screenings, including ‘girls’ nights out’.

It’s not just the big players who have to innovate to keep people coming back for more. The Bioscope, which opened in 2010, is a smaller player which is constantly coming up with and implementing new ideas, signature events, and collaborations in order to keep it relevant, different, and exciting. “We’ve chosen eventing innovations over technical ones. So our ideas have involved dressing up, our outdoor cinema has gone as far as having audiences on boats out on Zoo Lake,” says Russell Grant, co-founder of The Bioscope.

The threat of VOD

Streaming movies online may seem like a major threat to cinema, but neither Ster-Kinekor nor Nu Metro seem concerned by this growing trend. Matsau re-emphasises that content is not the only factor and that the premiumisation of the cinema experience gives it the edge over VOD.

Matai agrees. “We haven’t seen a major impact from the development of this alternative channel of delivering film content. It frankly doesn’t present a competitive factor to us – in the same way that TV and DVD didn’t really dent cinema audiences significantly. The cinema experience brings you the latest content in an environment which is not replicable at home.”

Grant, however, has a slightly different view. “The films currently on circuit are not films one can easily download or stream, so cinema still has a stronghold on the films people are desperate to see as they are released. But if you’re willing to wait on a film, it’s suffering at the hands of the internet.”

Looking at the numbers

While Ster-Kinekor was reluctant to divulge or comment on trends in its attendance figures, Matsau revealed that in the 2016 calendar year, Ster-Kinekor’s sales division, Cinemark, reported a 6% increase in revenue and signed on average four new advertisers every month. “This can be attributed to cinema’s ability to continue to deliver a measurable and fully captive market, where high impact messages are served to our audience one at a time.”

Nu Metro also had similar success with its advertising revenue through its sales agency Popcorn Cinema Advertising. “We have seen a major increase in advertising revenue for on-screen advertising and in-cinema activation … This increase is partly due to the engaging nature of our various advertising platforms and the audience numbers we have continued to hold. Advertisers can now also opt to have their advertising produced and converted to the revolutionary 4DX cinema format,” explains Matai.

Nu Metro also gave some indication of its attendance numbers stating, “We can report that our results continue to be stable and definitely being in a positive bracket. Some cinema chains have seen a drop in attendance during the past year, but due to the exclusive offerings we present our figures have been sustained positively.” The Bioscope has also seen a constant audience attendance, but it does not offer advertising due to technical limitations. However Grant says this is a positive as “you come for the movie and that is what you get”.

There are still several challenges South African cinema has to overcome. Matsau approaches these with a positive attitude. “The state of cinema currently in South Africa is multifaceted. We believe that we need to come together as an industry to plot and embark on this journey. The sophistication of customers is a global trend, and we are extremely well placed as a country to deliver on this.”

Grant believes that technically, South African movies are sound, but the content needs a bit of work. “I would personally like to see more attention going to developing the story and scripts of the films we are producing. The technical quality is there, we just need to make sure the story is all that it can be … But I’ve always felt that the real quality product will shine and be a success despite any adversity,” he says.

For Matai the main challenge is cinema’s reliance on global input. “We are operating with technology, equipment and content being supplied from foreign markets. The exchange rate is a major determining factor for our business – we strive to offer customers world-class services, but we also have to deal with the premium cost at which such experiences are produced.”

Despite these challenges, cinema in South Africa currently has a positive outlook. The development of augmented reality and virtual reality will add another new technological dimension to cinema and the only question that movie-goers will be left with, is what new exciting experience awaits them at their next trip to the movies.

This story was first published in the March 2017 issue of The Media magazine. To read the digizine, click on the cover. 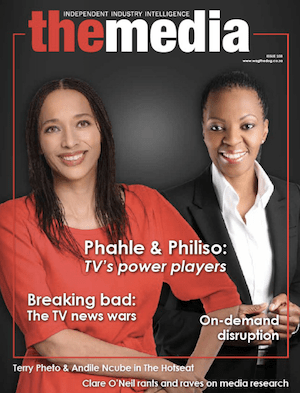